Plastic bags will double in price to ‘at least’ 10p in fresh crackdown on waste, Theresa May says

Theresa May vowed to ‘go further’ in tackling plastics use today as she confirmed charges for bags are set to double to 10p.

The Prime Minister backed tougher action despite pushback from Philip Hammond, with Treasury insiders suggesting the increase from 5p is unnecessary and will looks like government ‘profiteering’.

Environmental campaigners have hailed the success of the policy, which is said to have taken 13billion plastic bags out of circulation in the last two years.

A consultation paper unveiled by Mrs May raises the prospect of extending the levy to the estimated three billion bags handed out annually by smaller shops.

Among other measures to ‘encourage further behaviour change’ the document, being formally published later this year, will suggest lifting it to ‘at least 10p’. 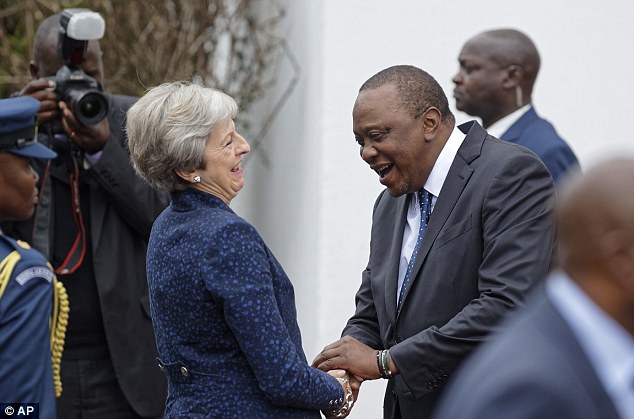 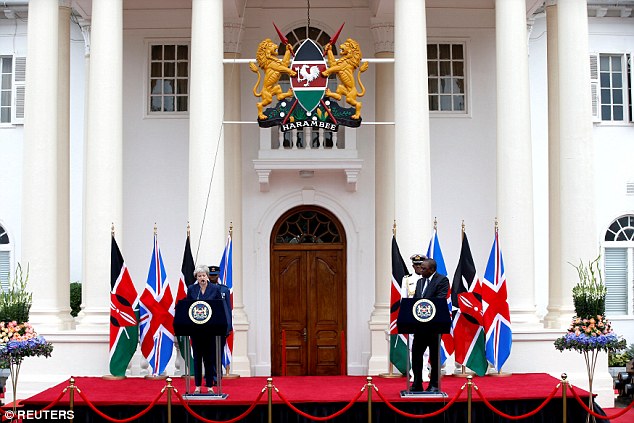 Environmental campaigners have hailed the success of the plastic bag policy, which is said to have taken 13billion plastic bags out of circulation in the last two years. The new announcement was made by the PM (pictured today with Kenya’s President Uhuru Kenyatta at a press conference in the country) as she continues her Africa charm offensive 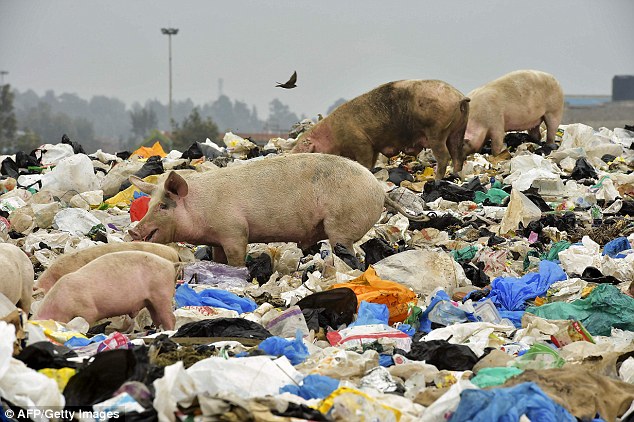 Pigs graze through waste in plastic bags near Nairobi, Kenya – where Mrs May is visiting today (file picture)

Speaking as she visited Kenya on the last leg of her Africa tour today, Mrs May said: ‘We have taken huge strides to improve the environment, and the charge on plastic bags in supermarkets and big retailers has demonstrated the difference we can achieve by making small changes to our everyday habits.

‘I want to leave a greener, healthier environment for future generations, but with plastic in the sea still set to treble we know we need to do more to better protect our oceans and eliminate this harmful waste.

‘With over twelve million tonnes of plastic making their way into our oceans each year, plastic pollution is one of the biggest challenges facing the environment today.

‘But marine litter is a global problem, and cleaning up our seas and oceans requires a global effort.

‘The UK has been at the forefront of raising the importance of tackling plastics on the international stage, and I am delighted to see more countries across Africa sign up to our ambitious Commonwealth Alliance, and pledge action to reduce it.’

After Treasury sources pushed back at the suggestion plastic bag charges should rise over the weekend, Mr Hammond try to play down the row by saying the idea was under ‘active consideration’.

Kenya imposed a total ban on plastic bags last year as it struggles to cope with pollution, with those breaking the law liable to hefty fines.

The PM announced more than £60million in UK Aid to boost global research and help other countries stop plastic waste from entering the oceans at the Commonwealth Heads of Government Meeting (CHOGM) earlier this year.

She said today that £250,000 of that funding will support the design and delivery of a Sustainable Blue Economy Conference to be hosted by Kenya in November. 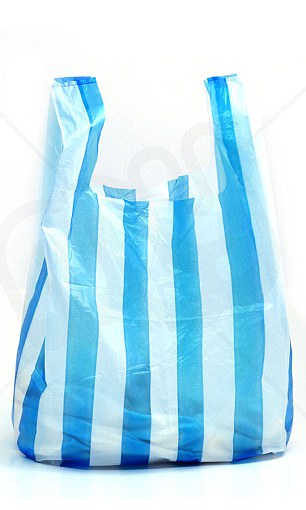 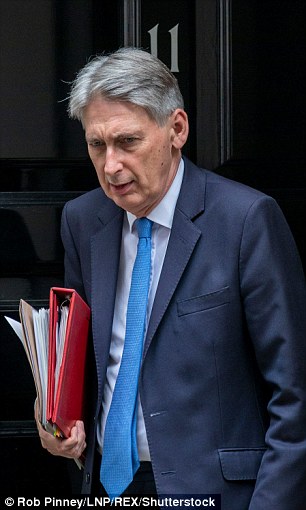 The Prime Minister backed tougher action despite pushback from Philip Hammond (pictured right), with Treasury insiders suggesting the increase from 5p is unnecessary and will look like government ‘profiteering’

A partnership sheme with UN Environment will see the UK pump £40,000 into a new ‘plastic pollution’ badge for schools and youth groups in Kenya.

Erik Solheim, Head of UN Environment, said: ‘The environment has already paid a heavy price for our addiction to single-use plastics. We simply can’t allow that cost to extend to the next generation.

‘That’s why this support from the UK government to create and launch a plastic pollution badge with the Guides and Scouts is such an inspiring step in the right direction. This global partnership allows us to not just fight plastic pollution on the beaches, but to invest in the young minds that will preserve the planet for future generations to come.’