In a loaded barb on Twitter, the shadow chancellor accused some of his backbenchers of conspiring for two years to split the Labour party.

And he warned them that any attempt to use the anti-Semitism row as justification for their plans would be seen as ‘appalling cynicism’.

Several Labour moderates, including former leadership contender Chuka Umunna and Chris Leslie, are said to be in talks to start a new centrist party.

They are angry with Jeremy Corbyn’s refusal to call for a second EU referendum and his failure to tackle the anti-Semitism crisis tearing their party apart.

But Mr McDonnell, one of the Labour leader’s closest allies, said they are exploiting the racism row for their own political gains. 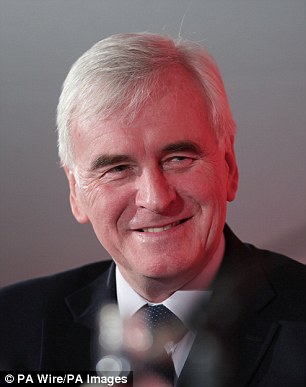 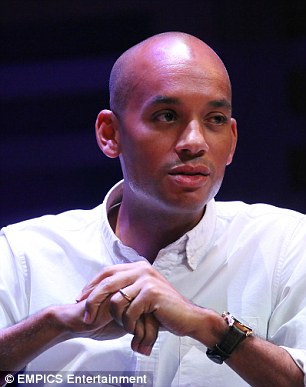 In a loaded barb on Twitter, the shadow chancellor (pictured left)  accused some of his backbenchers of conspiring for two years to split the Labour party. It comes amid reports Chuka Umunna (pictured right) and other leading moderates are thinking about breaking away and founding a new party 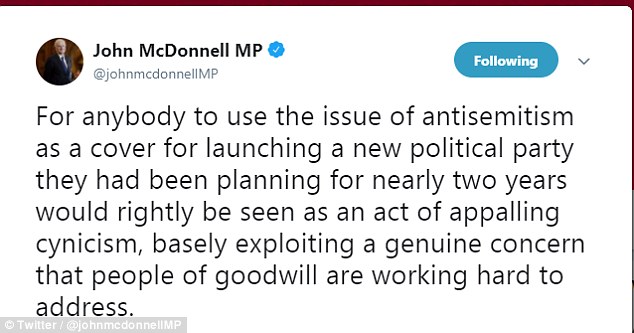 He said: ‘For anybody to use the issue of anti-Semitism as a cover for launching a new political party they had been planning for nearly two years would rightly be seen as an act of appalling cynicism, basely exploiting a genuine concern that people of goodwill are working hard to address.’

What is the timeline of anti-Semitic scandals which have erupted under Jeremy Corbyn’s leadership?

The anti-Semitism scandal has dogged Labour since Jeremy Corbyn was elected leader  in 2015.

Here is a timeline of the controversies:

Labour MP Naz Shah is suspended for anti-Semitic posts – including one in which she appeared to endorse calls for Israelis to be deported to the US.

She apologised and was given a formal warning.

Ken Livingstone goes on the radio to defend Ms Shah – but sparks fresh controversy by claiming that Hitler supported Zionism.

He is suspended by Labour but refuses to apologise and has repeated the claim many times.

A two-month inquiry by civil liberties campaigner Shami Chakrabarti finds that Labour is not overrun by anti-Semitism.

But the launch is overshadowed when Jewish Labour MP Ruth Smeeth flees it in tears after being accused by Corbyn supporter Marc Wadsworth of colluding with the press.

Critics accuse the report of being a whitewash and Ms Chakrabarti is widely criticised for accepting a peerage from Jeremy Corbyn shortly afterwards.

The Home Affairs Select Committee says Labour is guilty of incompetence over its handling of anti-Semitism and of creating a safe space for people with ‘vile attitudes towards Jewish people’.

It is revealed that Jeremy Corbyn defended an artist who painted an anti-Semitic mural and said the offensive art should be removed.

He apologises saying he did not properly look at the picture before he made the post.

Marc Wadsworth is expelled from Labour after being accused of anti-Semitism.

Meanwhile, Labour Jewish MPs tell of the anti-Semitic abuse they have suffered in a powerful parliamentary debate – and round on their leader for failing to tackle it.

In an angry diatribe at a meeting of Labour’s ruling executive committee, he said he was ‘amazed’ there was evidence party members hated Jews.

He claimed ‘some of these people in the Jewish community support Trump – they are Trump fanatics’ before shouting: ‘So I am not going to be lectured to by Trump fanatics making up duff information without any evidence at all.’

Jeremy Corbyn issues a video insisting he is committed to tackling the racism – but it is panned by Jewish leaders.

Corbynistas mount a social media campaign to get deputy Labour leader Tom Watson to quit after he criticises the party’s handling of anti-Semitism.

The Daily Mail exclusively publishes photos of Jeremy Corbyn holding a wreath at a ceremony where a terrorist linked to the Munich massacre was honoured.

The Labour leader insists he was there to honour others killed – but faces fresh calls to quit over the scandal.

Mr McCluskey singled out Mr Umunna by name accusing him of cynically using the row to break the party up.

And he also tore into ‘hostile’ Jewish leaders in his piece for the HuffPost website – accusing them of refusing to accept the steps Labour has taken to root out the racism.

Mr McCluskey wrote: ‘Given the paucity of evidence that he actually produces to sustain his charge that he is a member of an ‘institutionally anti-Semitic’ party, it is fair to ask whether Umunna is merely exploiting the latest episode to justify his moves to breakaway from Labour, the plotting for which has been widely reported elsewhere.

‘If this is his motive for inflating and maintaining this row – which is not manufactured but has certainly been wildly exaggerated by now, I am at a loss to understand the motives of the leadership of the Jewish community – the Board of Deputies, the Jewish Leadership Council and the Jewish Labour Movement.

‘They raised entirely proper concerns, but have simply refused to take ‘yes’ for an answer.’

But Mr Umunna hit back at his critics accusing Mr McCluskey of ‘shameful’ behaviour.

He wrote on Twitter: ‘I stand by what I’ve said on racism in the Labour Party and won’t be bullied into silence, not least because my family have experienced racism too.

‘Jeremy Corbyn himself has said it is a problem Labour has not properly dealt with.

‘If Len McCluskey doesn’t like that, so be it.

‘Instead of attacking the victims of racism, our values dictate that we stand up for them -that is what I have done.

‘It’s shameful the General Secretary of the union of which I am a member should make a personal and political attack against me instead of facing up to this issue.’

He added: ‘To all those questioning the motivations of those calling out racism in the Labour Party, my advice: when in a huge hole, stop digging.

‘These blatant attempts to divert from the issue will not succeed and won’t rid the party of the disgraceful antisemitism we’ve seen.’

And the Labour civil war took a fresh twist last night when Jewish Labour MP Dame Margaret Hodge compared a party disciplinary investigation into her conduct to the persecution faced by Jews in Nazi Germany.

But Labour hit back – accusing her of being disconnected from reality.

Dame Margaret faced a party probe after furiously accusing Mr Corbyn of being an anti-Semite in a row. It was later dropped.

She told Sky News that when she heard she was under investigation she ‘kept thinking what did it feel like to be a Jew in Germany in the Thirties’.

She added: ‘On the day that I heard that they were going to discipline me and possibly suspend me, it felt almost like, I kept thinking what did it feel like to be a Jew in Germany in the Thirties?

‘Because it felt almost as if they were coming for me. It’s rather difficult to define, but there’s that fear, and it reminded me of what my Dad used to say. My Dad came out of Germany, so he had to leave Germany, he went to Egypt.’

She added: ‘When I heard about the disciplinary action, my emotional response resonated with that feeling of fear that clearly was at the heart of what my father felt when he came to Britain.’

Dame Margaret also told how the ‘cult of Corbynism’ had allowed anti-Semitism to bubble to the surface within the party.

She said: ‘I’ve never seen it like this, and I think it’s a bit scary as well. We’ve got this sort of growth of populism.

‘Whether it’s Trump, whether it’s Boris Johnson, and now whether it’s the cult of Corbynism, which allows these attitudes to emerge and that’s what scares me.

‘I wasn’t alive in the 1930s, there’s probably very few people around who were, but it sort of makes you feel if you don’t stand up against it then what are you allowing to occur.’

A Labour Party spokesman, responding to the interview, said: ‘Jeremy is determined to tackle anti-Semitism in the Labour Party, so Jewish people feel it is a warm and welcoming home.

‘The comparison of the Labour Party’s disciplinary process with Nazi Germany is so extreme and disconnected from reality it diminishes the seriousness of the issue of anti-Semitism.

‘We all need to work together to build support and confidence in the Labour Party among Jewish communities in Britain.’ 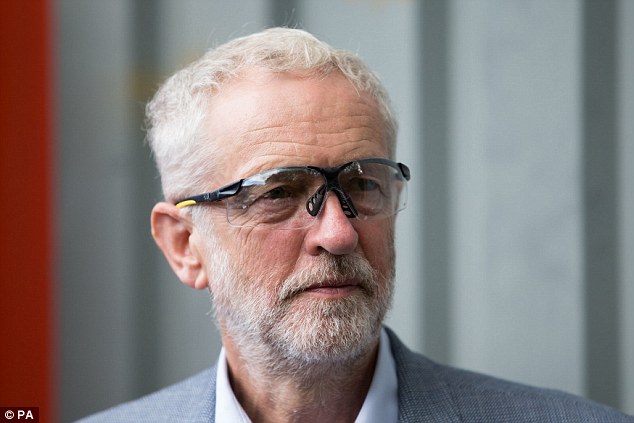