‘It’s where I belong!’: From hopscotch, the blitz to today… grandmother-of-six has lived in four homes on SAME road for 88 years – and says she’ll never leave

A grandmother-of-six who has lived in four homes on the same road for 88 years says it has been her life and ‘will be until her dying day’ – but has seen ‘times change massively’ in the area.

Madge Jackson, 88, has spent her entire life living on Cross Street in Tamworth, Staffordshire, and says she has no plans to ever leave.

The retired playschool teacher was born in a terraced house at number 23 in 1930 and grew up with most of her family as neighbours living just a few doors away.

The grandmother-of-six then moved to number 30 where her auntie had lived after her grandmother died when she was eight-years-old. 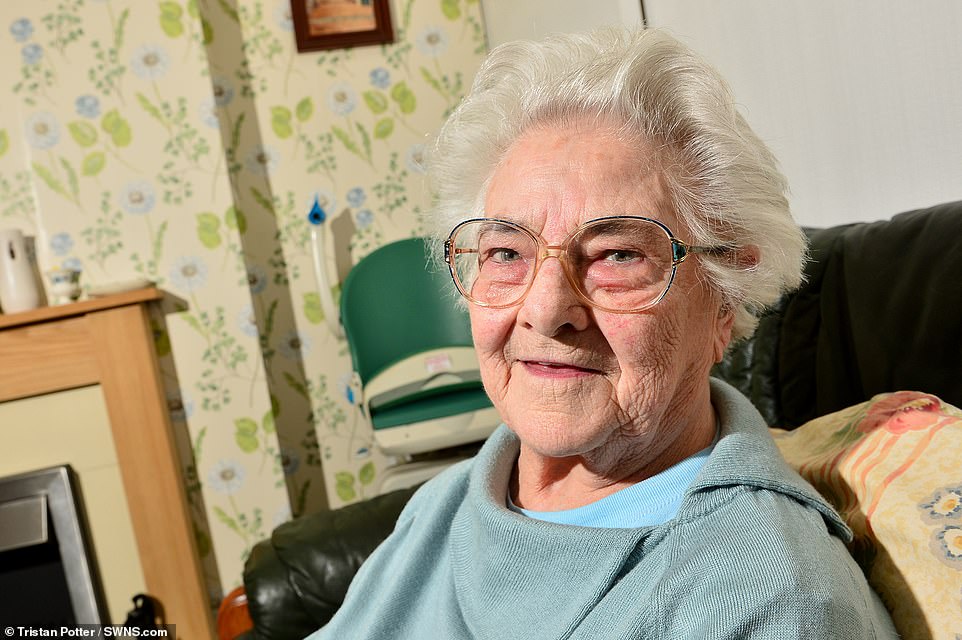 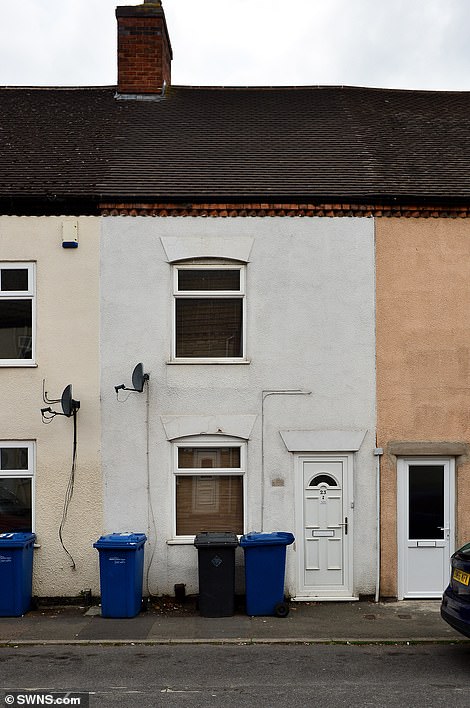 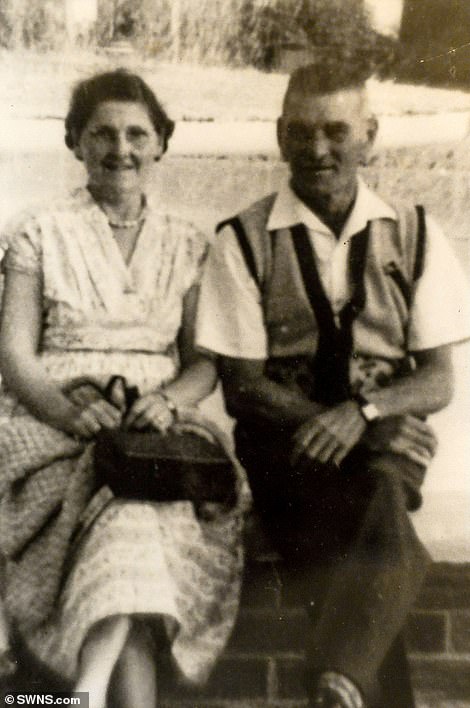 Madge Jackson was born in a terraced house at number 23 (left) in 1930 and grew up with most of her family as neighbours living just a few doors away. She lived at the property with her mother and father, Gertie and George (left to right) 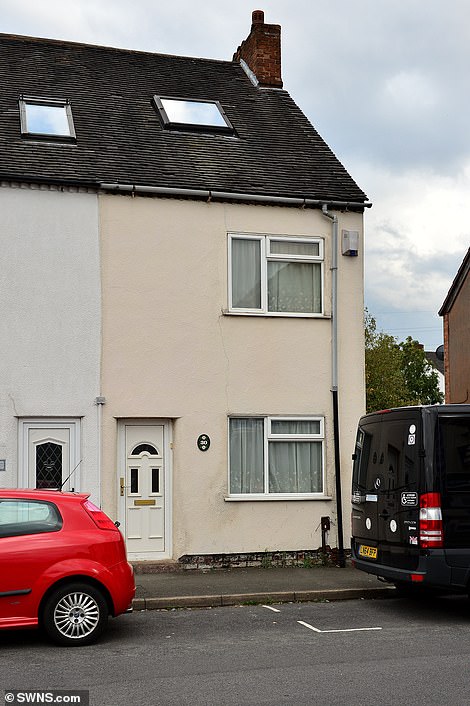 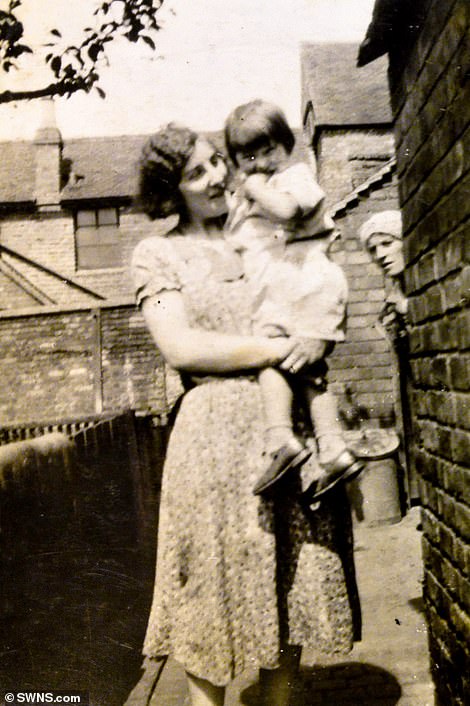 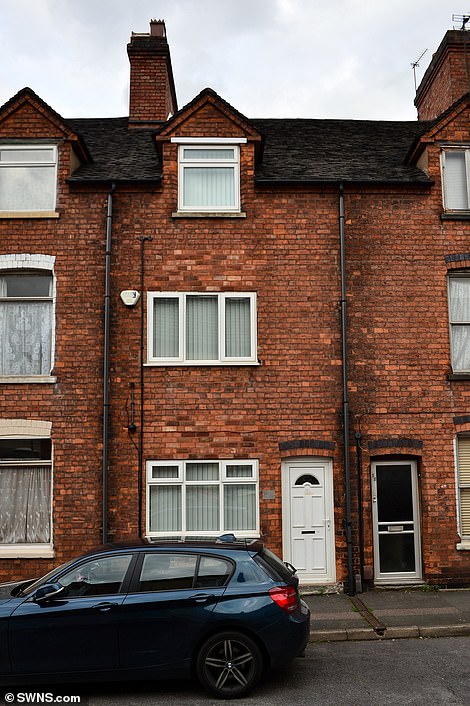 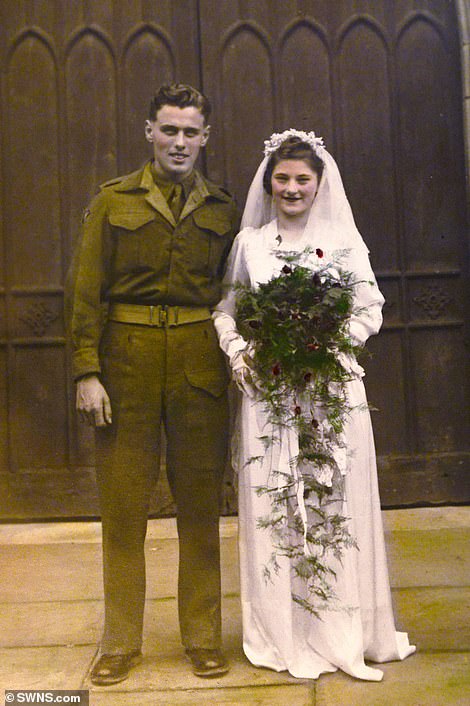 After she got married to husband Jeffrie (pictured right with Ms Jackson on their wedding day in 1949), a miner, in 1949 the couple bought number 52 (left). They stayed here for a number of years but had to move because their youngest son Roger was scared of the attic

After getting married to husband Jeffrie, a miner, in 1949 the couple bought number 52 – but had to move again because their youngest son Roger was scared of the attic.

In 1963 the family moved a few doors down to a three bed property at number 58, where she brought up her two children and has remained ever since.

During that time, Ms Jackson has lived through two royal coronations, the Second World War and has seen 18 Prime Ministers come and go.

Ms Jackson says times have changed drastically since her care-free days as a child playing hula hoop and whip and top in the street – using bootlaces for whips.

She has fond memories of skipping and playing hopscotch and marbles in the gutter despite every day being a struggle with little money to spare.

Ms Jackson says over the past eight decades her street has gone from friendly and caring place where everyone looked out for each other to a community in its ‘own little world.’

She said: ‘Times have changed massively but I feel like I belong here – I was born and bred on Cross Street.

‘I am just a loyal person and this place just holds so many dear memories for me.

‘I’ve never really felt the need to move and didn’t dream of looking elsewhere each time I moved out.

‘This street has been my life and I think it will be until my dying day, Cross Street is where I belong.

‘I’ll never know if anywhere else has a community spirit like here but I don’t care to find out as I’ve been happy in this place for 88 years of my life.’ 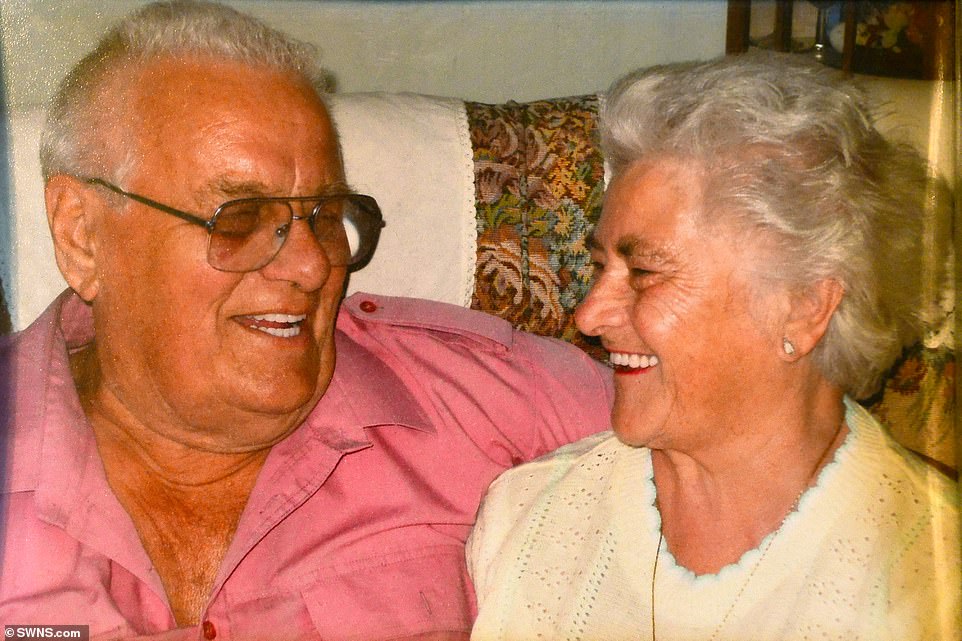 Ms Jackson married her late husband Jeffrie in 1949. He passed away in 2015. The couple had two children together and lived in two houses on Cross Street 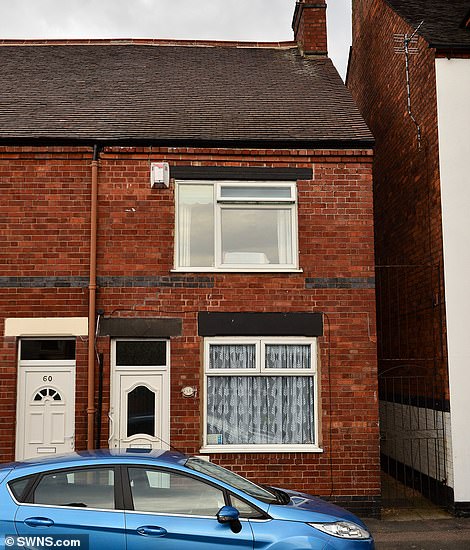 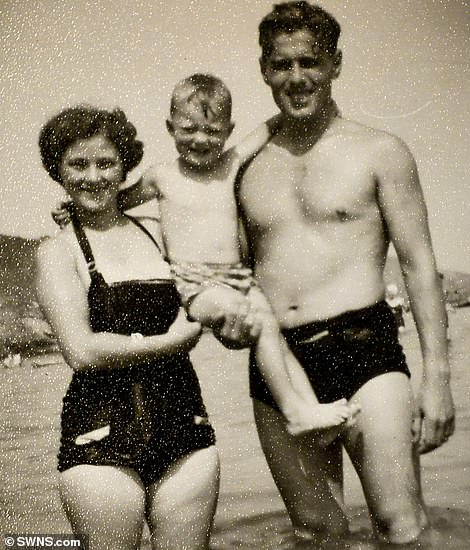 As a child, Ms Jackson’s neighbours included various family members, including her grandparents, aunts and uncles – and she said she knew everyone in the street.

She added: ‘We all knew each other, were there for each other, sharing all the up and downs.

‘We knew how each family ticked, their rows and upsets. I don’t think there is a single house in this road that I haven’t been inside.

‘If you needed something all you had to do was just ask and one of the neighbours would help out.

‘We were lucky as a family as because we had got aunties, uncles and grandparents in the same street, so were able to pop in and out whenever.

‘The roughest time I had on the street was when Jeffrie died on August 1, 2015 – my son eldest son Rodger died soon after.

‘But we all have to face grief and I was surrounded with a strong family unit which I believe is very important.’

She added: ‘I was born at number 23 and lived there until I got married to Jeffrie with my mum Gertie, dad George and sisters Barbara and Rene.

‘My grandma lived at number 40 and when she died, my auntie moved from number 30 to look after grandad at number 40, so we moved into number 30 because it had three bedrooms.

‘When I got married, I moved with my husband Jeffrie to number 52, but our young son Roger was scared of the attic, so we moved just a few doors away when he was seven and our other son Ian just one. 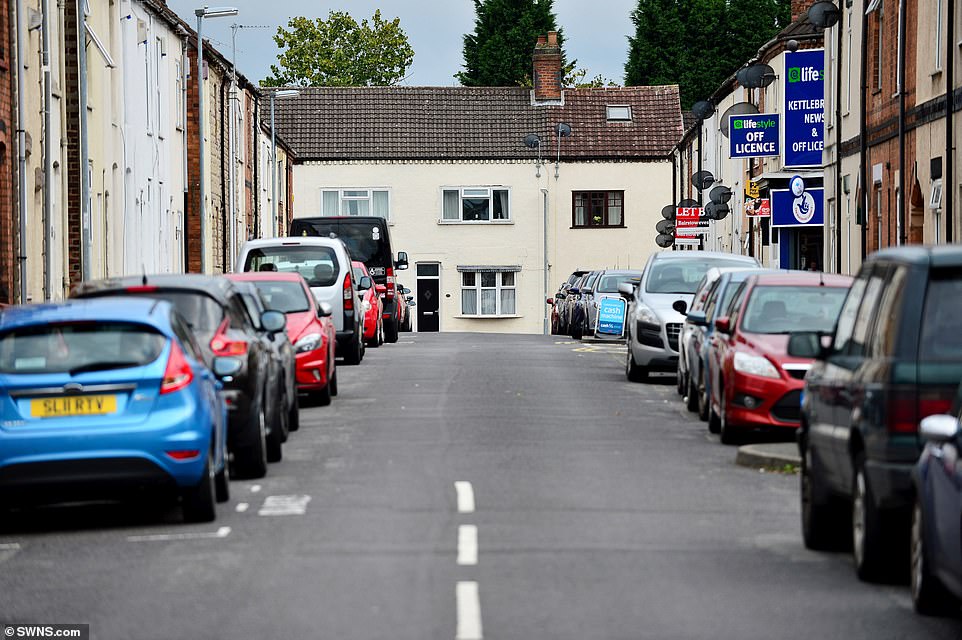 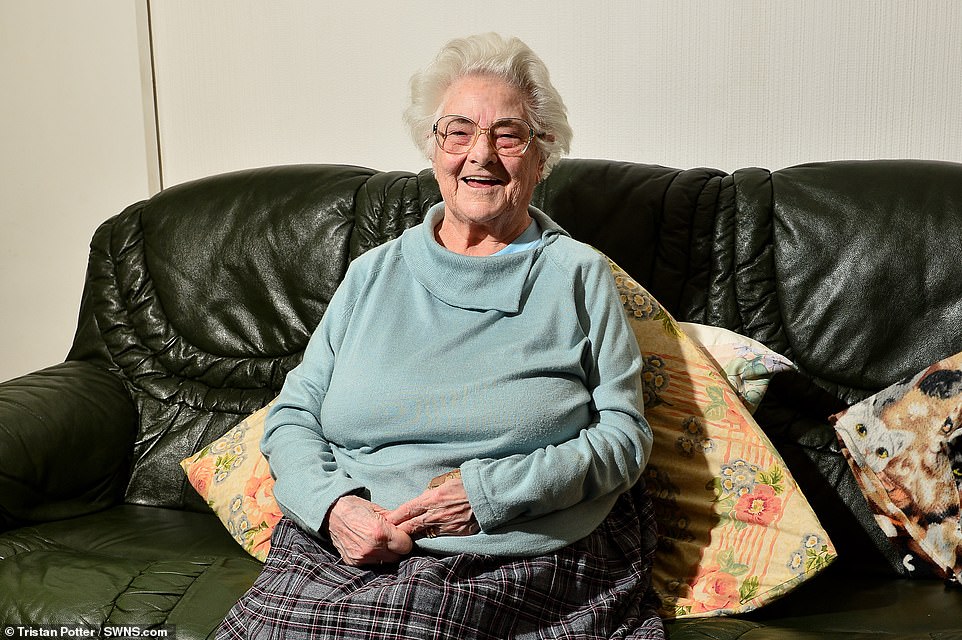 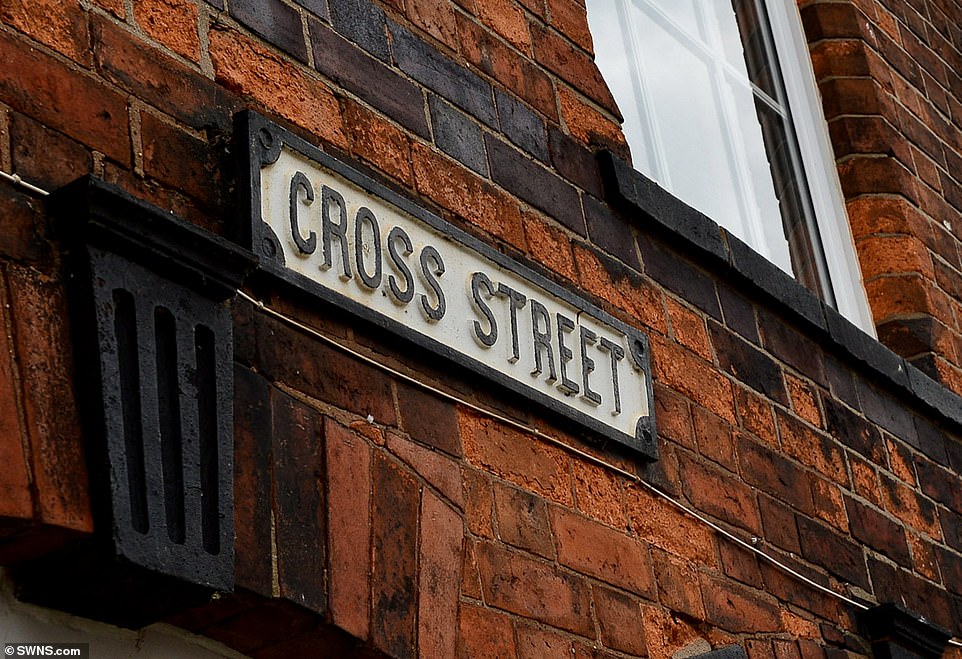 During her time on Cross Street, Ms Jackson has lived through two royal coronations, the Second World War and has seen 18 Prime Ministers come and go

‘I’ve lived in this house since 1963 and I’m still here, buy by golly it has changed over the years.

‘I can’t remember what each place cost but I know we had to work hard and scrimp and save for every penny.

‘I had two sisters but because everyone knew which family the children belonged to, it meant we got away with nothing.

‘We used to play all the usual games, we played with old bikes wheels which we called hula hoops and we also played whip and top.

‘But we couldn’t afford tops, so dad would make them out of bits of wood, and we would use bootlaces for whips.

‘We also did a lot of skipping. We didn’t have much, but it didn’t matter, we were all in the same boat in our street and I just remember it was a happy childhood.

‘We did some naughty things sometimes too – we tied a rope to the top of a lamppost and then tied it to a door and ran off.

‘But we didn’t realise a bobby had moved in there and he came out of the back door and caught us. We didn’t do that again.

‘I remember when bombs were dropped during the war mum took us up to see the craters. It brought home that the war was real.

‘But all in all they were such happy days, we shared and cared and everyone was wonderful, although no one had money to spare and every day was a struggle.

‘All this made me the woman I became and I wish it was still such a lovely caring place.

‘The lady who lived across the road used to come and visit me but she died recently and now neighbours don’t really visit me like they used to.

‘I don’t know many now – everyone’s in their own little world.

‘They are on their mobile phones and too busy for anyone. I suppose that’s just the way things are now.

‘Its a different place but I’m still very happy and grateful for the memories this place has given me.’