A NUMBER of men have claimed to have the biggest penises in the world.

Here are some of those who have made bold boasts about the size of their manhoods.

Jonah Falcon's 13.5in member made him the proud – and envied – owner of the world's biggest penis.

But the New Yorker has admitted it has ruined his acting career.

Jonah said that he first realised he was different as a child, he said: “I was ten. That was the first time I ever
measured and I did it for the same reason that all the other boys did it, I was curious.

“I didn’t think much of it, I looked at myself and said ‘whatever’.

“All my friends knew that I was large, but they never let me know that they knew, so they were talking about it behind my back.

“I was at a school that was mostly Jewish so I was one of the only uncircumcised boys there – I thought that’s what they were fascinated by.”

He identifies as bisexual and is a part-time actor and former video games reviewer.

Jonah says directors are afraid to cast him because "he's known for his penis size" and his career has been harmed as a result.

The actor said: "Maybe in the UK or Germany it might help my career but here in Hollywood it’s a negative.

"None of the major networks or studios would hire me.

"I add a bit extra edge that they don’t want."

Jonah, who lives in Hollywood, famously made Holly Willoughby blush when he appeared on This Morning in 2012 and explained that he has a girth of eight inches.

He measures between eight and nine inches in length when flaccid, compared to the average man who is five to six inches when erect.

He said: “When I’m fully hard I’m 13 and a half inches with a seven and a half to eight inch diameter. It’s thicker than my wrist."

Roberto Esquivel Cabrera, from Saltillo, Mexico, has gained worldwide attention on his appendage after claiming that it is 18.9in long – making it the largest in the world.

But radiologist Dr Jesus Pablo Gil Muro, who examined Roberto, threw the world record claims into doubt when he said the man refused to take off all the bandages and would not let him see the skin.

Dr Muro said: "When he came here to do a CT scan, my first impression was that it was a unique and unusual case. I had never seen a patient like Roberto.”

He said he had become suspicious, and conducted a CT scan, saying: "What the CT scan showed was that there is a very large foreskin. It goes just before the knee.

He explained: “So, it doesn't go all the way through the foreskin.

"The rest of the tissue found there is just foreskin, blood vessels, and some inflammation of the skin."

It then emerged Roberto had talked to his psychiatrist and revealed he had began enlarging his willy since he was a teenager, with Dr Munro saying: “He was obsessed with the penis length."

It is understood Roberto has been stretching it with weights since he was a teenager.

Although he doesn't claim to have the world's biggest penis, Steve Whitehurst was accused of shoplifting after staff saw a suspicious bulge in his jeans — but it turned out to be his 10in todger.

Steve showed security his member after a female manager raised the alarm.

He had been buying £400-worth of stuff at Scotts Mens­wear, with girlfriend Mandy Shenton and her 18-month-old grandson.

But things came to a head at the till when the store manager asked about his bulge.

Steve, who claims he often has to roll up his manhood, said: “I had very tight jeans on that day and there was a bulge, yes, but that’s not illegal. I can’t help the way I’m made.

“The manager started arguing with me. She wouldn’t let it go. I just kept telling her that it was my penis. 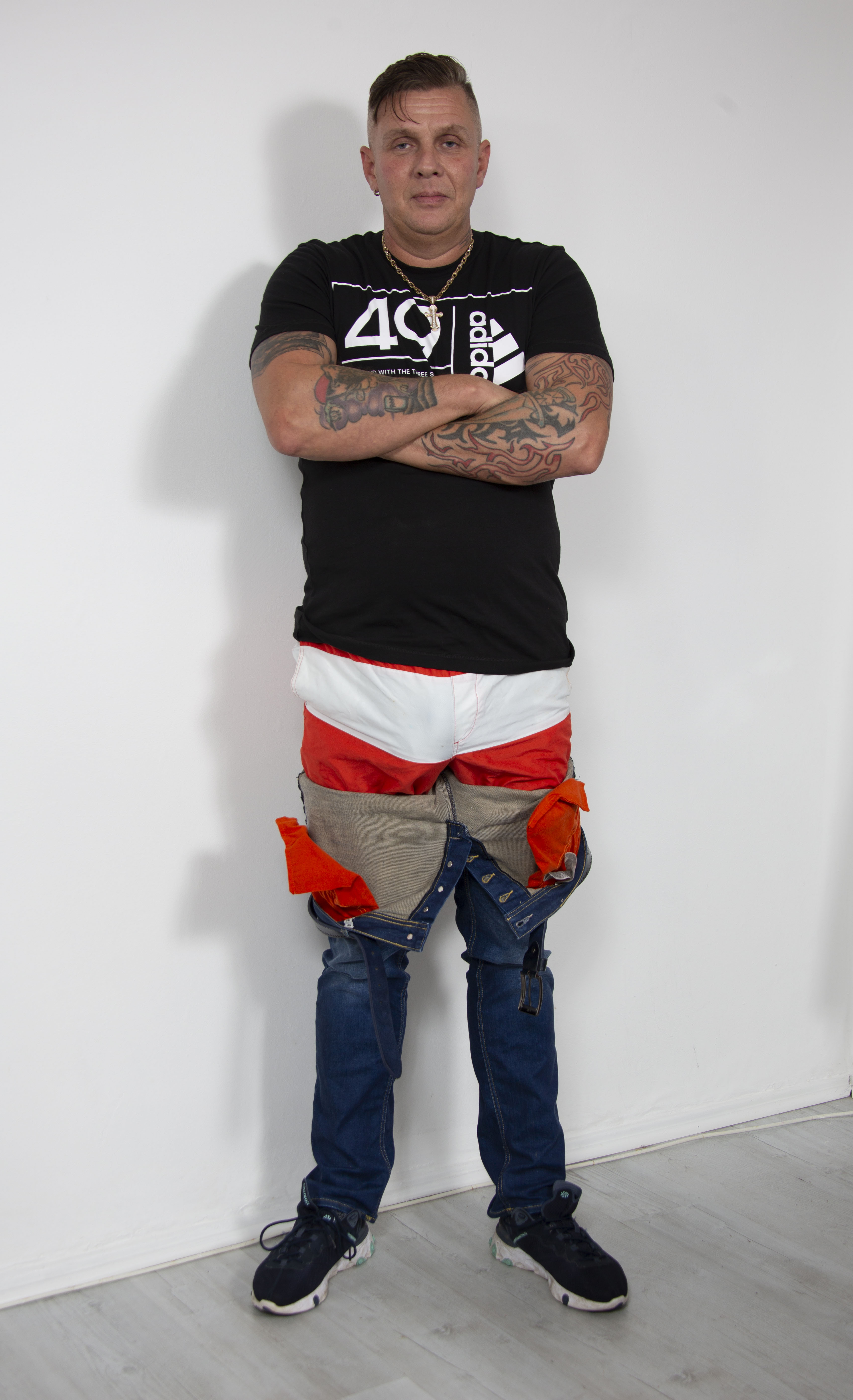 “Eventually I dropped my trousers in front of everyone and just stood there in my boxer shorts and said, ‘See, I’ve got nothing to hide’.

“But that didn’t satisfy her. She kept saying, ‘What’s that bulge?’”

He said he then went to a cubicle with a male security guard at his local store in Stoke-on-Trent.

Steve recalled: “I dropped my boxers. He shook his head and ran out and spoke with the manager. I heard her say, ‘Please tell me he’s got something down there,’ and the guy said, ‘No’.”

He called last Sunday’s outing the “craziest experience of my life” and has complained to the company, owned by JD Sports.

Mandy said: “It was so humiliating. What they did to Steve was disgusting.”

According to NHS data, the average UK penis size is 5.1 inches (13cm) when "soft and gently stretched".

But even having just a few inches extra in the trouser department can be trouble.

Some blokes with over nine inches say its ruined relationships because of painful sex and they've even had to get clothes specially tailored to their needs.