THOMAS MARKLE: ‘I’m no weirdo schlubby dad in a Mexican shack who drinks beers and lives on McDonald’s’ – Meghan’s father hits back at ‘bull***t’ written about him in most revealing interview yet

Thousands of stories have been written about me, most of them bull***t. I’ve given two interviews. This is my third. Things have been made up, spun around and others are outright lies…

THE FICTION I’m a drunk because I’ve been photographed buying beer.

THE  FACTS I buy beer for the guards at the gatehouse at the compound where I live. Sharon Osbourne accused me of being an alcoholic the other day. How dare she? I drink the occasional glass of red wine with dinner because it’s good for my heart. How can Sharon Osbourne criticise me? My family might be dysfunctional but it’s nothing compared to hers.

THE FICTION I faked my heart attack. When reporters called the Chula Vista Medical Center where I was treated they denied I’d ever been in there.

THE FACTS You have a right to privacy when you go into hospital. I didn’t want my name out there but they [reporters] still found me. I had to escape through a building site at the back of the hospital and then I went to a safe house, a tiny rented flat, which is where I watched the wedding. I have the medical bills to prove I had a heart attack. The insurance bills were $140,000 and I have to pay $20,000 of it as excess. 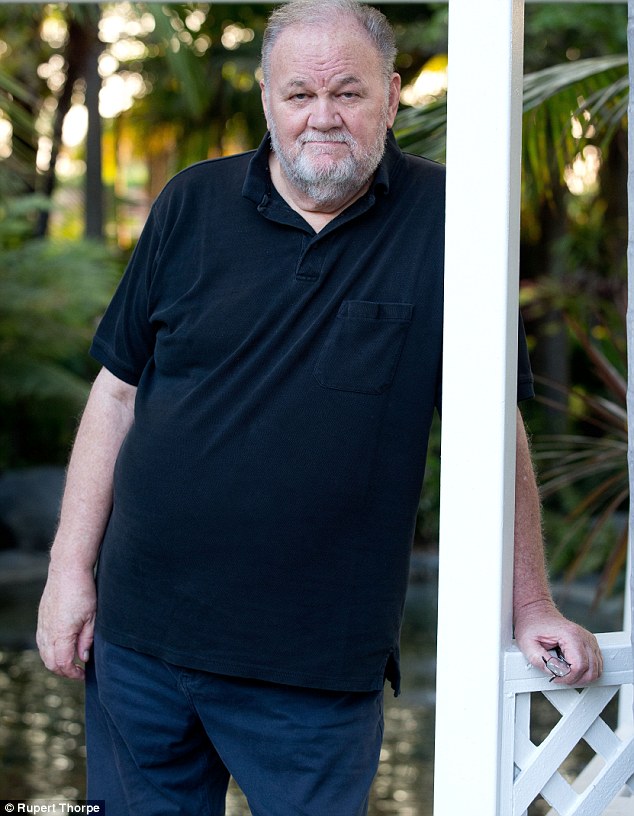 Thousands of stories have been written about me, most of them bull***t. I’ve given two interviews. This is my third. Things have been made up, spun around and others are outright lies…

THE FICTION Meghan lived with her mother after we divorced when she was six and I only had limited contact with her because I was working all the time.

THE FACTS Meghan lived with me from the age of 11 until she went off to college after High School. Before that I saw her all the time. I dropped her off at school every morning when I went to work and arranged for someone to bring her to the set [of TV shows he worked on such as Married, With Children and General Hospital) after school. We were very close. I took her to her dance and drama classes. I would help build sets for her drama classes. I would help stage her shows. I’d always take her to CC Browns. It’s shut now but it was an ice cream parlour on Sunset Boulevard. We also went to Hamburger Hamlet. Then we would rent old dance movies. We watched every Busby Berkeley movie. She loved them. She wanted to be a dancer at first.

THE FICTION I live on McDonald’s meals.

THE FACTS I eat a mostly fish-based diet. I go to McDonald’s because when you’re my age after a two-hour drive it is a good place to pee. I get take-out fish from McDonald’s. I’ve lost 40lb since my heart attack. I eat fish and vegetables and stay on a 2,000 calorie-a-day diet. I’m not ‘the weirdo schlubby dad living in a shack in Mexico drinking beer and eating McDonald’s’.

THE FICTION I’m a loser who mooches off my daughter and the Royal Family.

THE FACTS I have been nominated for eight Emmys [the television equivalent of the Oscars] and won three. I’ve travelled all over the world. I did declare bankruptcy before I went down to Mexico but that was because I was in credit card debt and I wanted to wipe the slate clean. They were trying to charge me 28 per cent on the credit card debt and I refuse to pay that kind of crazy interest. I’ve never taken a penny from Meghan and I’ve never cashed in on the Royal Family. I’ve been offered hundreds of thousands of dollars to do talk shows and I’ve turned everything down.

I don’t want money, I want my life back

Thomas Markle has not been paid for talking to The Mail on Sunday – and is adamant that he wants nothing from his daughter or the Royals.

For today’s interview, he asked that a donation be made to a charity of Meghan and Harry’s choice. The 74-year-old is now planning to leave Mexico and set up home ‘in a place where no one can find me and nobody knows me’. ‘I don’t want to be followed,’ he said. ‘I don’t want stories made up about me. I want my boring old life back. I feel like I’m damned if I do talk and damned if I don’t.

‘If you want to stay away from me then I will stay away from you. For two years I’ve been living in hell. I’ve been vilified, stories have been made up about me, I’ve been followed everywhere. I just want my quiet, boring life back.’

THE FICTION I’m a self-pitying narcissist who’s been talking constantly to the Press.

THE FACTS This is only the third interview I’ve given. All the other stories are crafted from the three original stories and most of them are lies. I’m not crying or feeling sorry for myself.

THE FICTION I have several illegitimate children.

THE FACTS They are simply close friends. One child is the daughter of my ex-housekeeper and her nice husband who are good friends to me. Every time I try to help someone it gets turned into something tawdry.

THE FICTION I was not involved in Meghan’s life.

THE FACTS Meghan herself has talked about how I was there. I don’t have to say it. She says I was there. The social activism she is so proud of is something I always encouraged.

We bought turkey dinners and took them to the homeless. We would drive up and down Hollywood Boulevard and hand meals out to the needy. She’s talked about that. When she was given a form at school to fill out her race and it was black or white she didn’t know what to mark down because she didn’t want to hurt her mother’s feelings or mine. She came home and said ‘I don’t know what to do.’ I told her: ‘Make your own box.’ 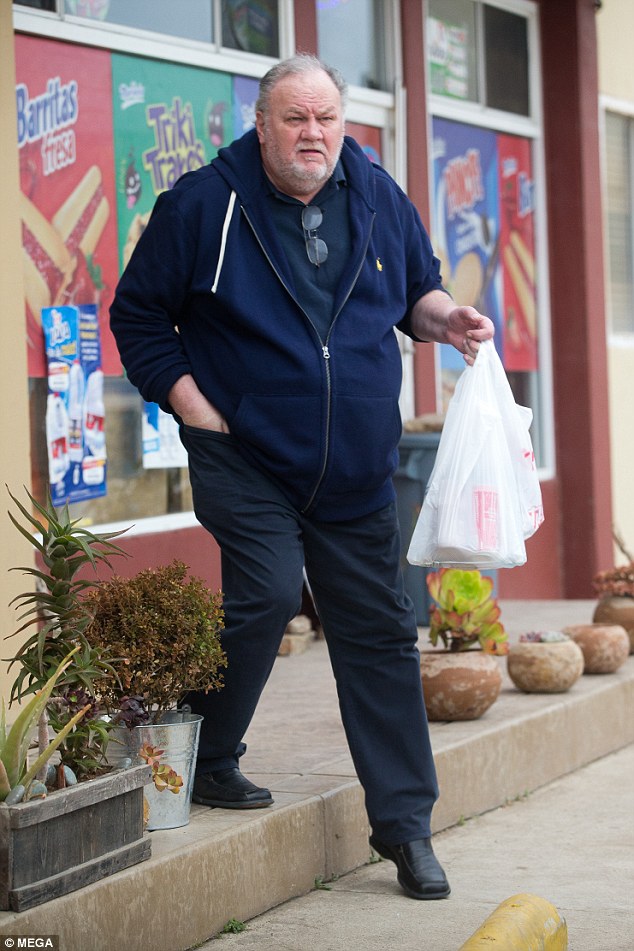 I buy beer for the guards at the gatehouse at the compound where I live, and I drink the occasional glass of red wine with dinner because it’s good for my heart

Despite all the harsh words that have passed between them, Thomas Markle clearly still dotes on Meghan.

So much so that the 74-year-old sent his daughter two birthday cards to celebrate her 37th on August 4, when she and Harry attended the wedding of his friend Charlie van Straubenzee and Daisy Jenks.

Mr Markle says that he was concerned his daughter may have read false reports that he faked his heart attack. 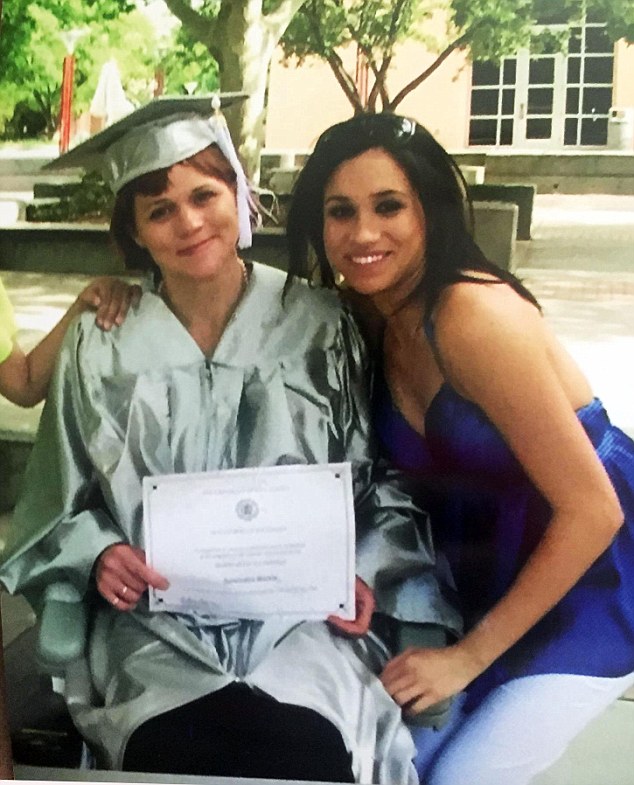 Pictured: Meghan with half-sister Samantha at her 2008 graduation

Subsequent surgery prevented him from attending the Royal Wedding in May.

‘I don’t know if she believes it or why she would believe it but it’s bull***t, like so much that has been written about me,’ Mr Markle said.

‘I wanted to reach out to her on her birthday.’

One card was covered in flowers, he revealed.

‘I wrote, “I didn’t fake the heart attack. I really wanted to be with you. Love, Daddy.” ’

The other was a jokey card with ‘singing animals’ which read: ‘Happy Birthday, love Daddy.’

Mr Markle sent them via Federal Express to an address he had been given by a palace official before the rift with his daughter began.

‘I addressed them to “Duchess Meghan”,’ he added. ‘I’ve heard nothing.’ 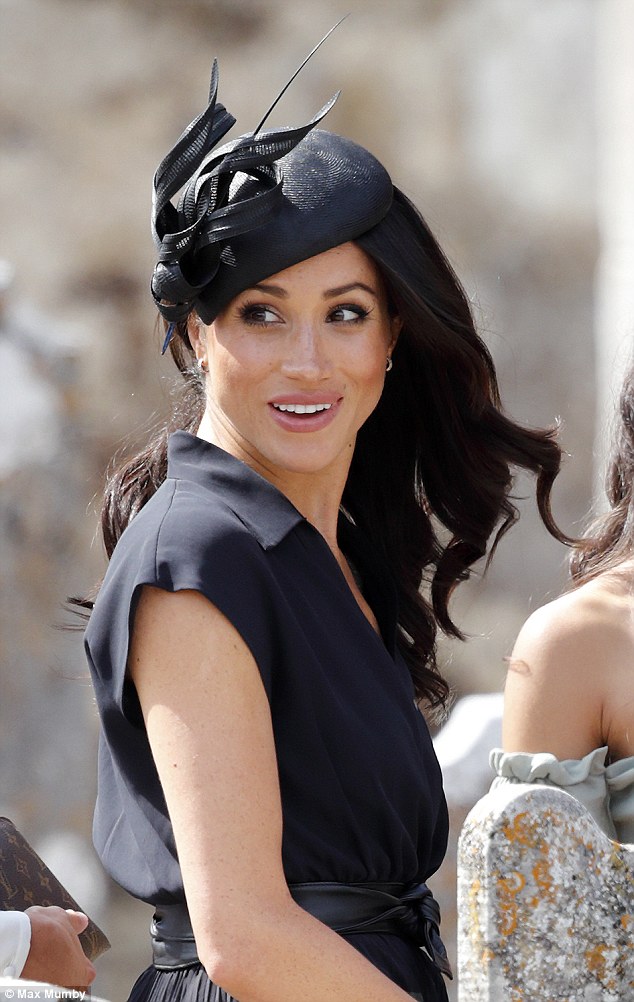 Mr Markle said: ‘I wrote, “I didn’t fake the heart attack. I really wanted to be with you. Love, Daddy.” ’