An incredible video captures the moment almost 50 years worth of grime is removed from an Australian 20 cent coin.

The sped-up footage was posted to TikTok by user ‘Clean Coins’ and showed the dirty piece of small change being transformed within minutes. 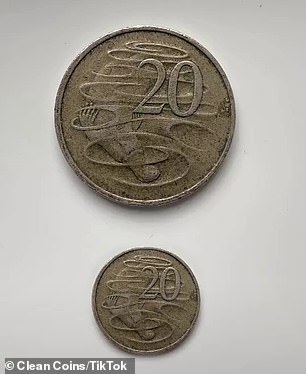 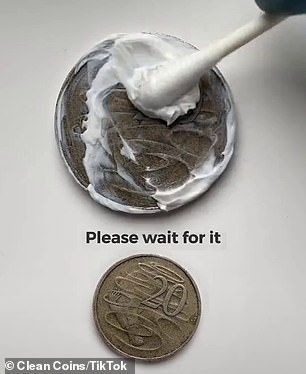 The TikTok account features dozens of other videos, with coins from all over the globe receiving the same makeover.

The coins are released back into circulation after they’re cleaned.

The footage has proved extremely popular on the video-sharing app.

‘This was so satisfying’, one woman wrote.

‘I’m shocked to find out 20 cent coins are silver,’ another said.

Others suggested they had wasted their time cleaning it by hand.

‘Next leave it in a can of coke overnight,’ they said. 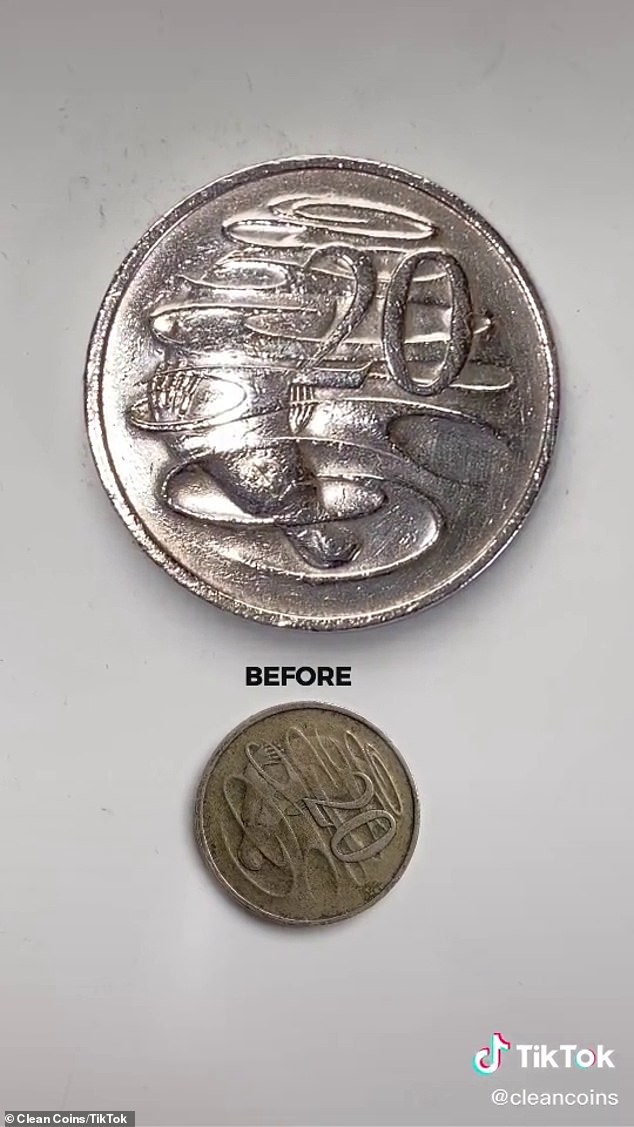