Officers say meth seizures have nearly doubled this year compared to last. High demand in the U.S. and closed borders have increased the prevalence and price tag. Officers say criminals are getting more creative in the ways they smuggle drugs across and fear the problem will only get worse.

NOGALES, Ariz. – U.S. Customs and Border Protection officers are noticing an alarming trend in the illegal drug trade: Methamphetamine is flooding across the border at an all-time high, and officers say the coronavirus pandemic has affected its prevalence and price tag.

“They’re in business to make money, so [the cartels] are still looking for every possible way to get narcotics across,” Tucson field office Director of Field Operations Guadalupe Ramirez Jr. said. 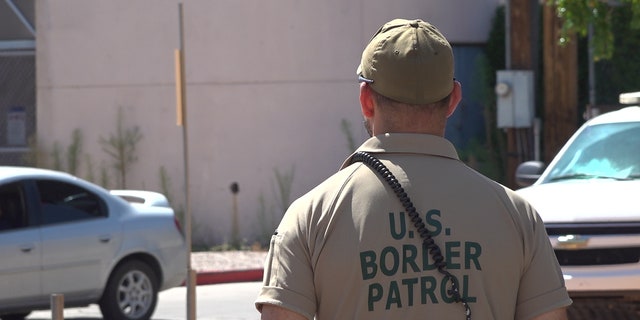 Officers say in all, the total volume of meth seized is almost double than last year with still a couple months left to go in the fiscal year. In fact, the volume of meth seized has been increasing annually for several years. In fiscal year 2019, the Office of Field Operations seized some 68,585 points of meth nationwide, compared to 118,153 pounds so far this year.

In Laredo, Texas, meth seizures have been happening almost daily. U.S. Customs and Border Protection officers intercepted shipments containing methamphetamine with an estimated street value of over $29.8 million in two enforcement actions at the World Trade Bridge back in August. A few days later, at the Juarez-Lincoln Bridge, they seized additional meth totaling over $3.3 million in street value.

“Supply and demand, you know, as we hit their supply line, the demand is still there, so the price goes up,” Ramirez said.

Most meth production has taken place in Mexico, where cartels have offered a constant production line of illegal narcotics, according to investigators. 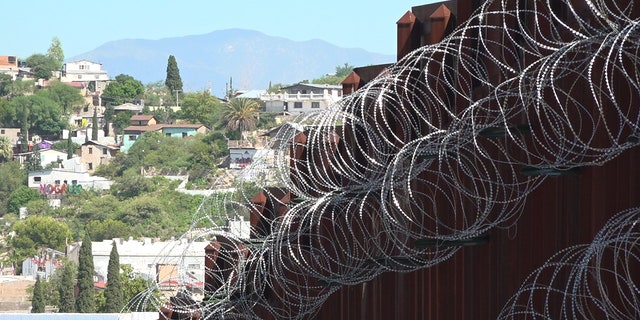 Even though we’re in the middle of a pandemic, CBP officers say meth seizures have nearly doubled this year compared to last. High demand in the U.S. and closed borders have increased the prevalence and price tag. (Stephanie Bennett/Fox News)

Typically, drug smugglers would try to blend in with normal traffic, but since the borders have remained closed to only essential travel because of the coronavirus pandemic, officers said it’s forcing criminals to use other routes and methods of concealment.

“Our traffic is down by approximately 20-24%, whether you’re looking at pedestrians or passenger vehicles, but our narcotic seizures are up about 40%,” Ramirez said. “Now you see deeper concealments, smaller quantities, harder to find, and you see more people walking across with the narcotics strapped to them. We’ve seen a huge increase in the internal carriers through our ports of entry.” 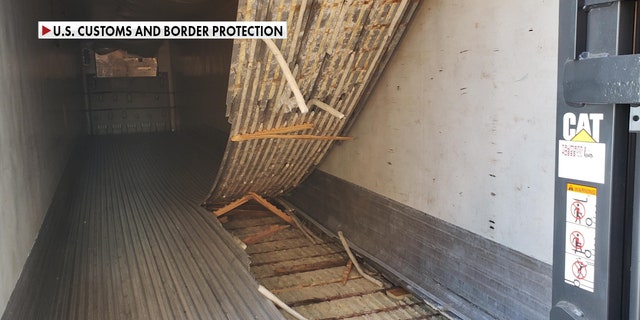 One recent seizure involved a tractor-trailer containing 564 pounds of methamphetamine under the floorboards. Officers say criminals are getting more creative in the ways they smuggle drugs across. They fear the problem will only get worse, as long as demand in the U.S. remains high. (U.S. Customs and Border Protection)

Officers say San Diego, Calif., has been a hotspot for meth seizures. In a recent court case, U.S. Attorney Robert Brewer said, “The extremely potent meth smuggled from Mexico contributes to more deaths in San Diego County than opioids.” Recently, U.S. Customs and Border Protection officers working at the San Ysidro Port of Entry prevented over 222 pounds of meth and more than five pounds of fentanyl from entering the U.S.; the drugs had an estimated street value of over $767,000.

Next door, in Arizona, the Maricopa County Sheriff’s Office has been conducting drug busts several times a month.

“At the beginning of the year, we were seeing about $1,700 per pound. It’s now increased, we’re pushing about $4,000 per pound of methamphetamine. … That is extremely high,” Sgt. Joaquin Enriquez with the Maricopa County Sheriff’s Office said. “The price of methamphetamine has pretty much doubled, and the reason for that is because it’s harder to transport and get through the borders with COVID-19 and the security measures, the checks.”

For now, officers say as long as there’s a market for meth here in the U.S., smugglers are going to continue to adapt and find ways to bring it in. They ask the public to contact law enforcement immediately after seeing any illegal activity.