MUMBAI, India: After a year of fits and starts, India's #MeToo movement has leapt forward over the past week, getting concrete action in two of the country's most powerful industries: entertainment and the news media.

Phantom Films, a major Bollywood production house that made Sacred Games for Netflix, was suddenly dissolved  a week ago,  with two of four partners publicly apologising for mishandling an employee's complaint that she was sexually assaulted in 2015 by a third partner, Vikas Bahl.

One of the country's premier comedy troupes, All India Bakchod, edged to the brink of collapse with accusations by a comedian, Mahima Kukreja, that a former member of the group had sent her lewd messages and a picture of his genitals. After other women chimed in, the accused comic, Utsav Chakraborty, apologised and the company's co-founders were forced to step away.

Bollywood actress Tanushree Dutta filed a new complaint with the police, reviving her 10-year-old case against a prominent actor, Nana Patekar, for allegedly ordering changes to a movie dance sequence so he could grope her. 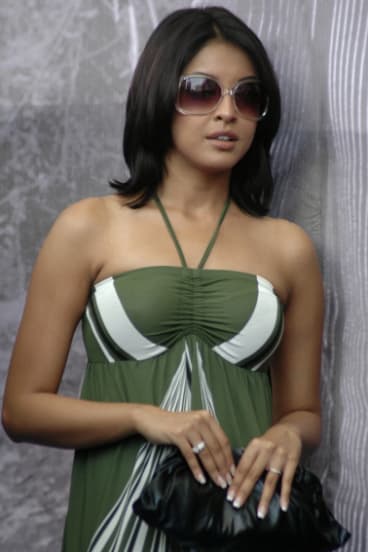 Inspired by Dutta and Kukreja, as well as by the Senate testimony of Christine Blasey Ford in the United States, dozens of women in journalism began coming forward, describing a range of inappropriate behaviour by male reporters and editors at some of India's biggest news organisations.

By Monday afternoon, the influential political editor of The Hindustan Times, Prashant Jha, had been stripped of his management role as the company investigated a former reporter's complaint that he had sexually harassed her. On the same day, seven women sent a letter to The Times of India, the flagship paper of the country's most powerful media company, accusing a top editor of years of unwanted touching, explicit messages and sexual propositions. The editor, K R Sreenivas, was put on leave amid promises of "a speedy and fair inquiry".

Other journalists are under investigation by their employers or have apologised for inappropriate behaviour and #MeToo accusations have begun spreading to other industries, including advertising and politics. At least four women have accused a government minister for external affairs, former newspaper editor M J Akbar, of sexually harassing them when he was a journalist. Akbar was travelling overseas and has not made any comment about the allegations.

Bollywood writer and producer Vinta Nanda this week posted a searing account on Facebook accusing a prominent actor, whom she later identified as Alok Nath, of raping her in her home in the 1990s. Nath — best known for playing father figures, much as Bill Cosby did in the United States — told the Indian news channel ABP on Tuesday, "It must have happened, but someone else would have done it." He did not want to discuss it further.

The flurry of activity has created a commotion among India's educated elitebut it has had little immediate effect on the vast majority of women in India, a deeply patriarchal and traditional society in which women and girls often have little control over their lives and are frequently abused.

Over the weekend, for example, more than 30 girls at a rural school in northern India were beaten up by local boys and some of their parents after trying to stop months of harassment and lewd graffiti. Taking note of the attack during a hearing Monday on an unrelated abuse case, a Supreme Court justice asked: "A girl is not supposed to protect herself? If somebody tries to molest them, they must agree?"

The #MeToo movement's impact in India has also been comparatively modest. In the United States, for instance, complaints about sexual harassment and assault have led to a prison sentence for Cosby, criminal charges against Hollywood producer Harvey Weinstein and changes in both laws and corporate practices. The movement has also exposed deep social divisions, as evidenced by the battle over the Supreme Court nomination of Brett  Kavanaugh, whom Blasey accused of sexual assault when they were teenagers.

Women's rights advocates said that for India, the events of the past week had been stunning, with the movement in the country gathering momentum.

"It's almost like a wave has come," said Vrinda Grover, a New Delhi lawyer and human rights activist who helped draft some of India's laws on sexual harassment and child abuse. "Until now, we have seen consequences only on the women who complained. This time, the consequences are for those who have committed the misconduct."

Sandhya Menon, a freelance writer who tweeted the first public complaints about Sreenivas and two other journalists on Friday, said her goal had been to improve men's behaviour and push employers to hold harassers accountable.

"I didn't expect this level of action," Menon said in an interview. (Sreenivas declined to comment beyond saying that he was cooperating with the newspaper's investigation.)

After Menon accused Gautam Adhikari, the former editor-in-chief of The Times of India, of unwanted kissing while she was working for him at another newspaper, a former Times of India reporter spoke up with a similar account.

"This behaviour has to be shamed," the former reporter, Sonora Jha, now a professor of communication at Seattle University, said in an interview.

Adhikari, who is retired and lives in the Washington area, said in an email that he did not recall the incidents described. "I would sincerely apologise if I made anyone uncomfortable in my presence but I deny sexually harassing anyone," he wrote. Nevertheless, citing the "stain on his reputation", he resigned as a fellow at the Center for American Progress, a liberal think tank, and said he would stop writing his column for The Times of India.

The public allegations against Weinstein a year ago helped #MeToo quickly become a powerful movement in the United States, but an Indian equivalent has struggled to get a foothold. Despite several attempts, including the publication of a list of academics accused of harassment, the effort failed to gain much traction.

Kukreja, the comedian, said that it had been cathartic to see so many women speak out now, but that it was also difficult to hear so many stories of men behaving badly. "I had four days straight of panic attacks," she said, adding that she had found peace by performing a stand-up comedy set for 15 minutes each night.

Speaking out has had its risks. The backlash on Twitter has been intense, with some commenters demanding evidence or suggesting that the women had encouraged the come-ons.

Some of the women who shared their stories said that they had gone to their bosses or human resources departments, but that no action had been taken. India's court system is so glacial that a rape case against one prominent editor, Tarun Tejpal, is still pending five years after it was filed.

And people accused of misconduct have often been quick to fight back in the courts. Rajendra Pachauri, who stepped down as head of the United Nations' panel on climate change after sexual harassment charges by a female employee, filed a defamation suit against Grover, the rights advocate, for releasing statements from two other accusers who said they were willing to testify against him.

The case of Dutta, the Bollywood actress, shows just how arduous it can be to pursue a sexual harassment claim.

She first made the allegations against Patekar while they were working on a film in 2008. Dutta said Patekar pushed to change a dance routine to make it more physically intimate.

She fled the set and a mob surrounded her car, smashed the windscreen and trapped her inside.

She filed a police complaint against Patekar, who denied the allegations. And she spoke openly to the Indian news media, which covered the story extensively for several days. Then everyone moved on.

But last week, Dutta found new allies in India, where the film industry has mostly steered clear of reckoning with predatory behaviour in its own ranks. A witness came forward to corroborate her account and Indian celebrities locked their arms around Dutta, using #BelieveSurvivors in Twitter posts. Even politicians weighed in.

"Harassment of any kind will not be tolerated," Maneka Gandhi, a top official working on women's issues, told reporters. "We should start something called #MeToo India."

In a recent interview with Times Now, an Indian news channel, Patekar said nothing untoward had happened on the film set and added, "I don't hide anything or lie."

Dutta, 34, a former Miss India who now lives in the United States, urged caution about characterising this moment as anything like the conversation that has occurred in Hollywood.

Still, India is evolving, she said. "Maybe the evolution is slower compared to the West, but evolution is inevitable. It is happening in the remotest, darkest corners of our planet."