Migrant smuggling ring who brought TEN THOUSAND Kurdish migrants into Britain in refrigerated lorries for £6,000 each is smashed by French and Dutch police

Nineteen suspects were held in France and four in the Netherlands following a 16-month probe, Eurojust said.

The gang charged close to £6,000 per person to cross the channel, and made around £60 million in total profits, the agency reported. 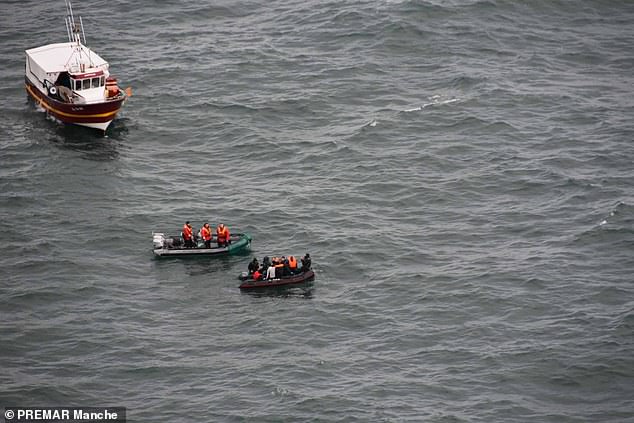 A file photo shows a boat coming to the rescue of a group of migrants in the sea off Boulogne-Sur-Mer in November 2019. Last year a total of 2,758 migrants were intercepted as they tried to cross the channel into Britain

The gang ‘are suspected of facilitating the illegal transport of approximately 10,000 Kurdish immigrants to the United Kingdom in refrigerated lorries and small rubber boats,’ it said.

The network picked migrants up from rest areas between Le Mans and Poitiers, in western France, before taking them across the English Channel.

The probe extended to the Netherlands after vehicles with Dutch licence plates were seen to be involved. 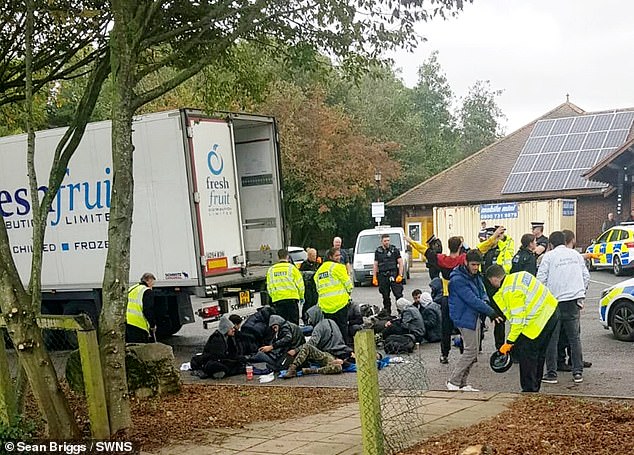 File photo shows nearly two dozen immigrants being detained afer being found in the back of a fruit lorry late last year in an incident that has not been linked to the arrests reported today. However,  the smuggling group is said to have been attempting to smuggle people into Britain using similar methods to what is depicted above

The payments were made through a ‘hawala’ banking operation in the Netherlands – an informal network of money transfers conducted through face-to-face guarantees.

French authorities on Tuesday they intercepted more than 40 migrants, including 11 children trying to cross the Channel to Britain.

The latest intercepts, combined with dozens of others earlier in January, reveal a continued sharp increase to dangerous crossing attempts to the United Kingdom. 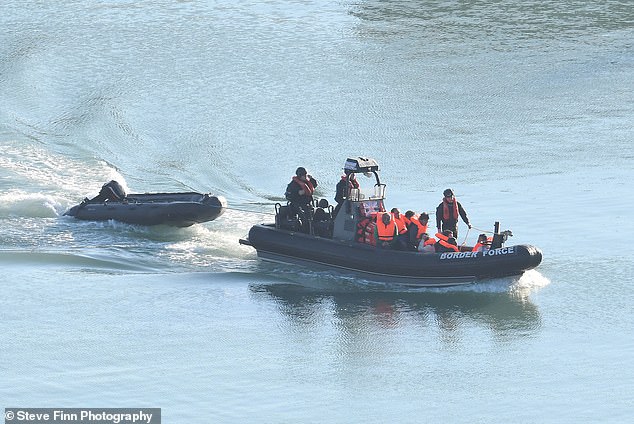 This photo shows a group of migrants picked up by border force in late 2019. Since the end of 2018 the number of migrants from Africa, the Middle East and South Asia have multiplied significantly

Since the end of 2018, attempts by migrants from Africa, the Middle East and South Asia to make the dangerous crossing via the icy and choppy waters of the English Channel have multiplied, according to official data.

Rights groups have linked the sharp increase in crossings to a police crackdown aimed at preventing the establishment of migrant camps near Calais, home to a busy ferry port and the Eurotunnel, and other areas along the French coast.

Last year, a total of 2,758 migrants were intercepted, four times the number detained the previous year, according to the French maritime police.

Four are known to have died trying to cross the Channel.