CABINET MINISTERS last night said a state visit by Donald Trump was unimaginable after he stunned No.10 by mocking Theresa May on Twitter.

In an overnight post on the global social media platform, the outspoken US President slammed the PM for saying he was “wrong” to have shared videos from the UK far-right group Britain First. 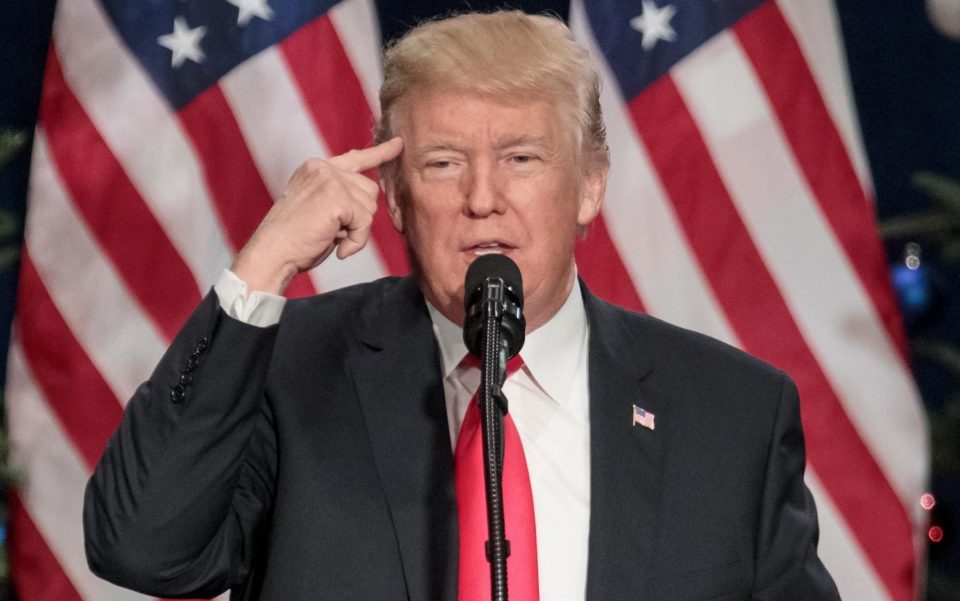 Sending transatlantic relations to a new low, he wrote: “@Theresa_May don’t focus on me, focus on the destructive Radical Islamic Terrorism that is taking place within the United Kingdom. We are doing just fine!”

The leader of the free world had initially messaged a woman from Bognor called Theresa by mistake.

Theresa May was told about his tweet on landing in Jordan yesterday morning after a whistle stop visit to Iraq and then Saudi Arabia.

Cabinet sources said it was now impossible to imagine the red carpet being rolled out for the US President given the level of hatred towards him. 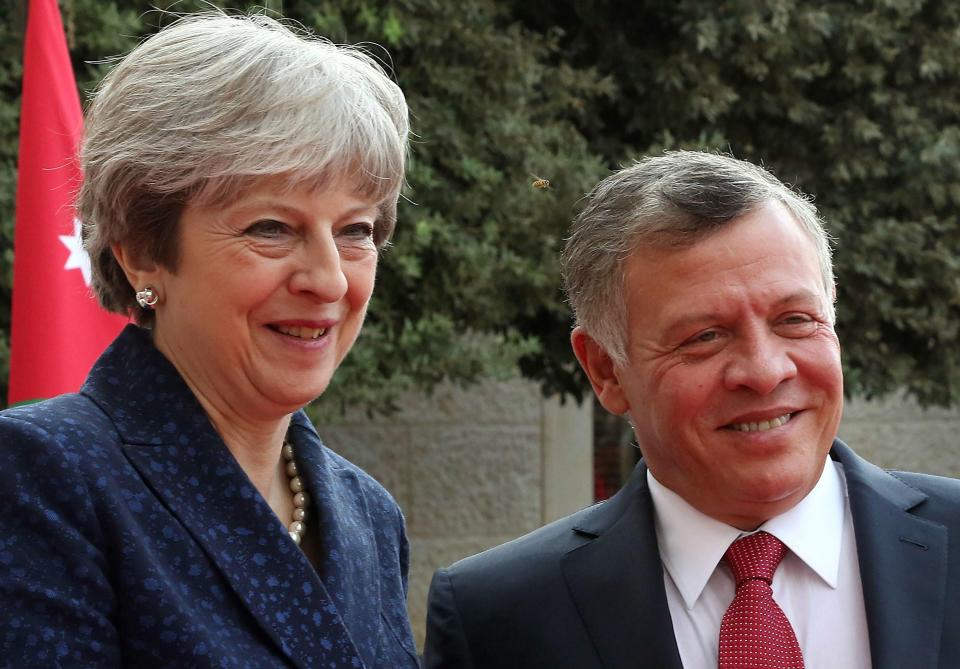 .@Theresa_May, don’t focus on me, focus on the destructive Radical Islamic Terrorism that is taking place within the United Kingdom. We are doing just fine!

One told the Sun: “I think the people would make their views known – it’s highly unlikely we’ll see it happen.”

Downing Street is braced for the possibility that he may still come to the opening of the new US Embassy building in London in January.

Speaking at a press conference in Jordan during her whistle-stop visit to the Middle East, a visibly furious Theresa May once more declared the President had been wrong to endorse Britain First.

She went onto suggest Mr Trump should be doing far more itself to root out far-right extremism.

In pointed remarks aimed at a President criticised for his reluctance to condemn the far-right, she said it was essential to deal with terrorism and extremism “from whatever source they come”.

Asked whether she believed Trump was an enabler of such groups, Mrs May said: “We must take seriously the threat that far-right groups pose both in terms of the terrorist threat that is posed by those groups and the necessity of dealing with extremist material which is far-right as well.”

Challenged about a state visit, the PM hinted the plans were on ice. She reiterated that an invitation from the Queen was extended in January – but added: “We have yet to set a date.” 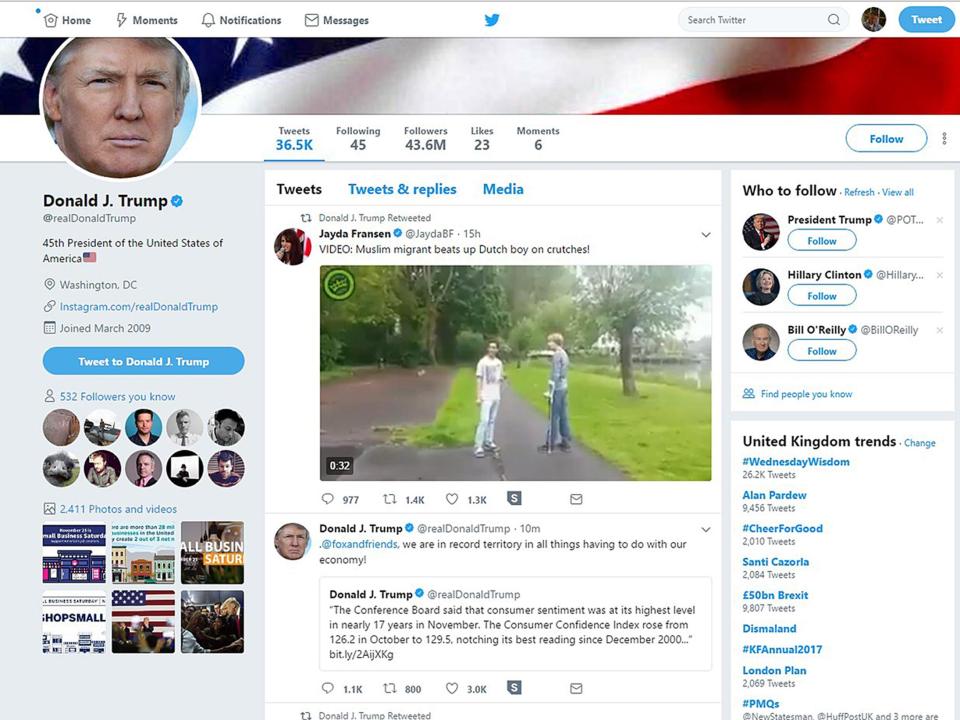 Labour’s Stephen Doughty said the President was either a “racist, incompetent or unthinking – or all three”.

Speaker John Bercow made his own feelings about the content shared by the President when opening the debate. 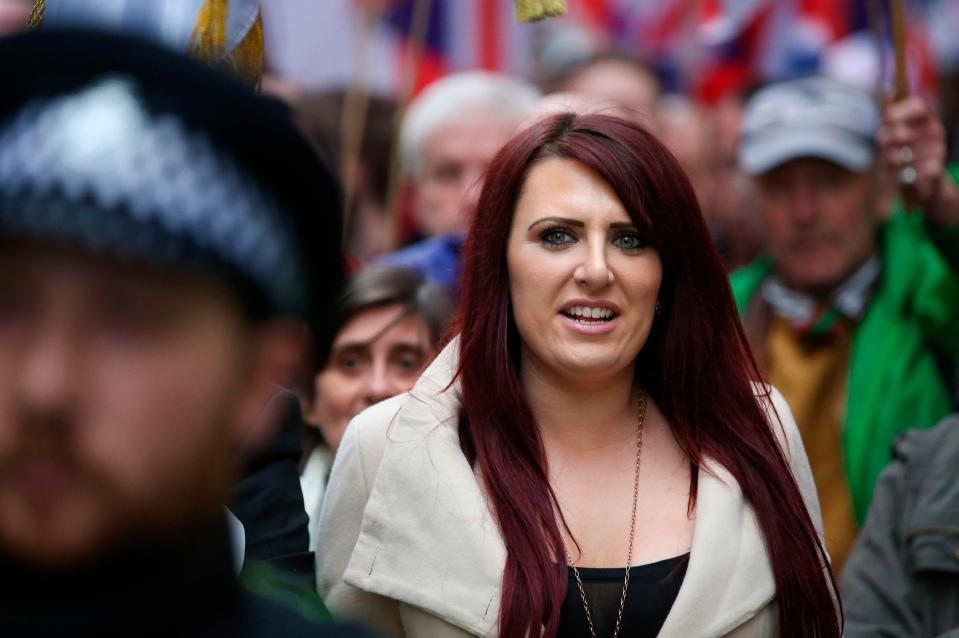 He told MPs: “I thought the House would want urgently to express support for the victims of racism and bigotry and to denounce their purveyors.”

Home Secretary Amber Rudd appeared to agree when Tory veteran urged the PM to call on the President to delete his Twitter account. Ms Rudd said: “I’m sure many of us might share that view.”

But she also urged MPs to remember the special relationship between the US and the UK including the “unparalleled sharing of intelligence”.

She said: “It has undoubtedly saved British lives. That is the big picture here.” 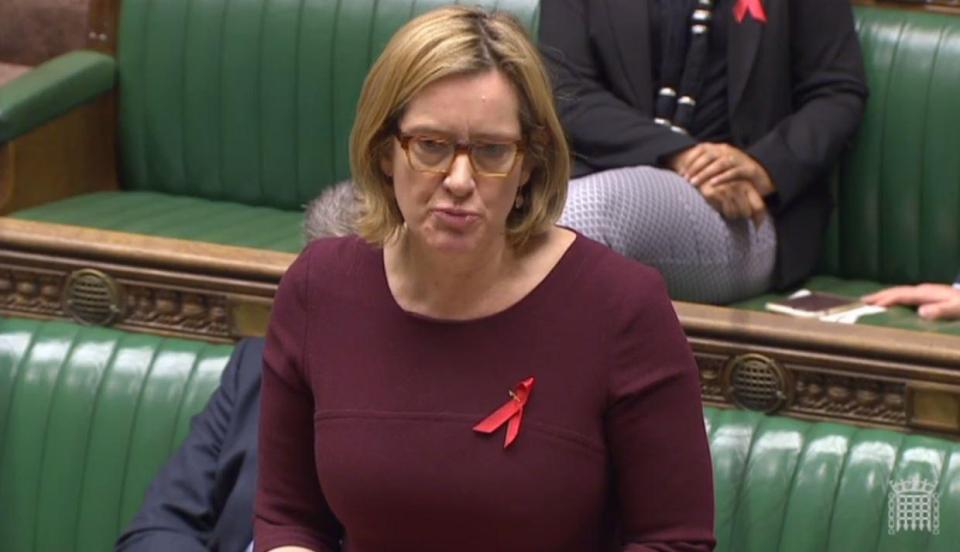 One source last night said: “The relationship between the US and the UK is so deep and entrenched it could probably survive four Presidents like this.”

Sir Kim Darroch, Britain’s ambassador to the US, revealed he had spoken to the White House on Wednesday after Donald Trump retweeted Britain First’s postings. Speaking yesterday, he said: “British people overwhelmingly reject the prejudiced rhetoric of the far right, which seek to divide communities and erode decency, tolerance and respect.

“British Muslims are peaceful and law-abiding citizens. And I raised these concerns with the White House.”