Footage shows the petrified bloke hugging the wall as he shuffles along the top of the 518ft landmark. 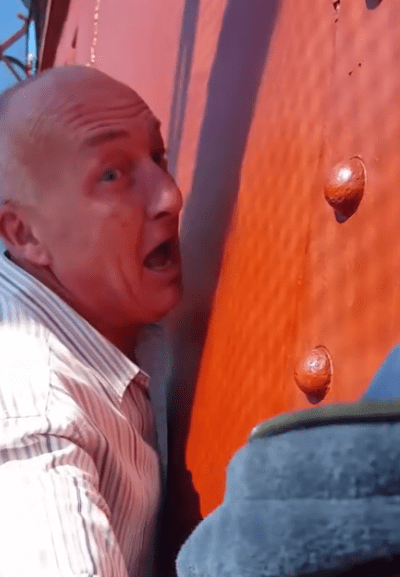 While he is overcome with terror, his friend struggles to contain himself as he films the ordeal.

Named Keith, the scared man had tried to conquer his fear by scaling to the top of the famous tower.

But the Northern Irish tourist did not realise that the steps to get back down were on the other side — meaning he had to make the hair-raising journey along the balcony.

His mocking pal says: "Just to narrate this video, we came up the steps, and the down steps are on the other side of the tower. 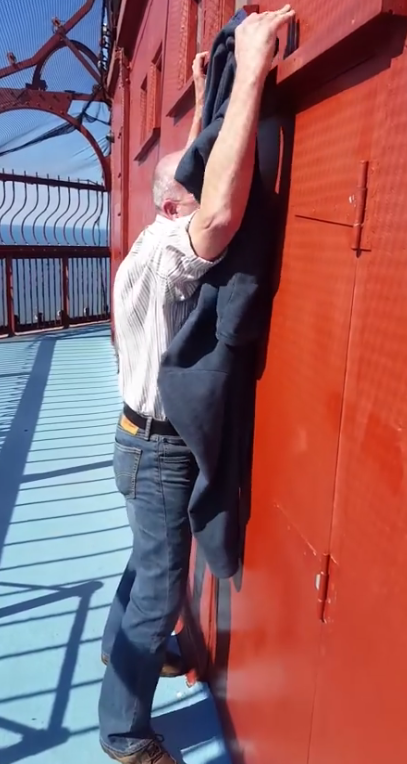 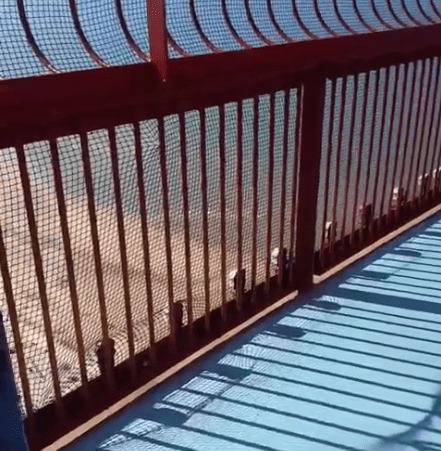 "So Kieth is making his way round."

Trembling Keith is clearly not in the mood for jokes as he angrily snaps back: "F*** off".

His pal says: "Are you genuinely alright?", to which Keith replies: "I'm not happy!". 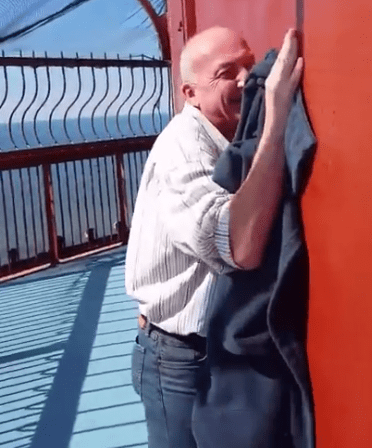 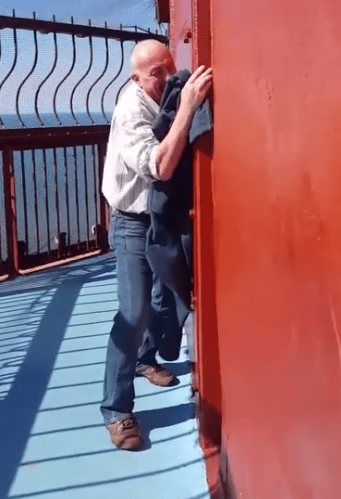 The viral footage has now been seen thousands of times on social media, where viewers have given mixed reactions.

Jan Jakeman wrote on Facebook: "I know exactly how he feels!!! Me up the Shard! Me up the CN tower! I still do it though even though I get like this".

And Erin Michelle Lee added: "I’m laughing because I would be the same way".

But others failed to see the funny side at all.

Marine Douglas Niewald wrote: "It's not funny, I'm terrified of heights, the fear is real and takes over your body, I almost passed out once."

Enai Oko added: "Not funny guys. He could have panic attack up there and then it will no longer be funny."