THIS is the terrifying moment a flock of dive-bombing seagulls attacked a screaming woman at a beach and stole her chips.

Mum-of-two Monique Sveinsson, 46, was chased by the birds while visiting Brighton beach from Cambridgeshire yesterday. 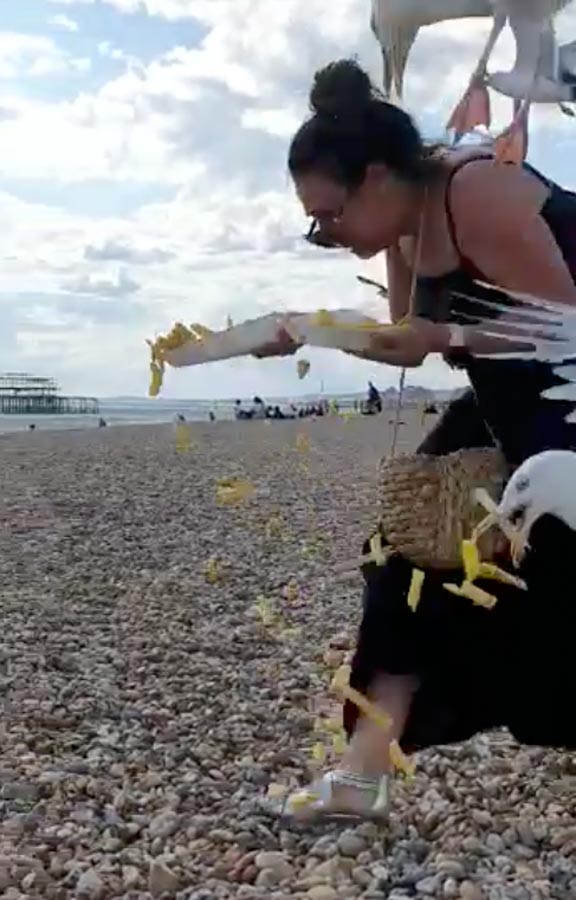 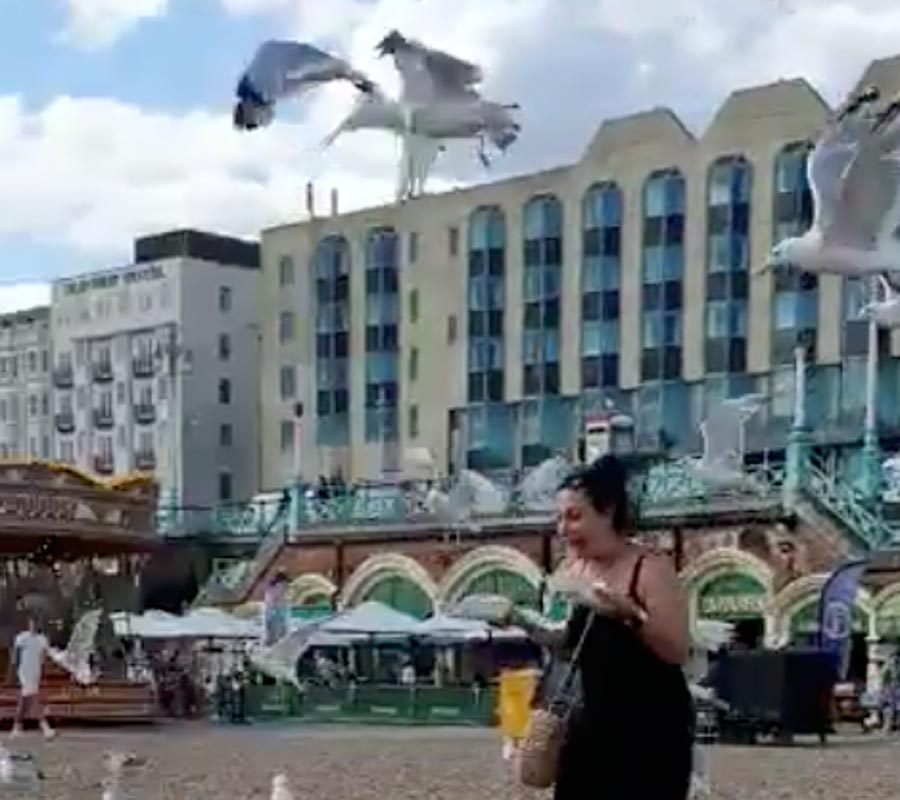 She was on a mini-break with her friend Emma Wilshaw when she was attacked.

Ms Wilshaw filmed the moment the seagulls circled above Ms Sveinsson as she carried two trays of chips worth £8.

Ms Sveinsson screamed and was forced to run away along the beach as the birds swooped at her.

"I must admit we'd seen a couple of people go to get chips and we'd seen the seagulls circling and then Emma said to me: ''Are you sure about this?'' she told the MailOnline.

She threw the chips away in an effort to escape the birds, and watched as they quickly gobbled them up.

'They devoured them. It must have been around two or three seconds and they were gone. I think I underestimated the power of the seagulls, to be honest," she said.

The pair then went back and got some more chips – but decided to sit inside this time.

Ms Sveinsson, who runs runs a successful business the Perfect Planner Company and coaches network marketers, shared a video of herself in Brighton to Facebook before the seagull attack.

"I'm a very lucky girl that I can come out and see the sunshine, breathe in the sea air. I absolutely adore it," she said.

"I'm going to go and protect myself now from these seagulls, they're right menaces. I I've watched them several times over now and anybody who gets chips they swoop in.

"I'm going to go and get some chips for me and my friend. She's killing herself laughing with the camera ready to get these seagulls that are going to descend on me." 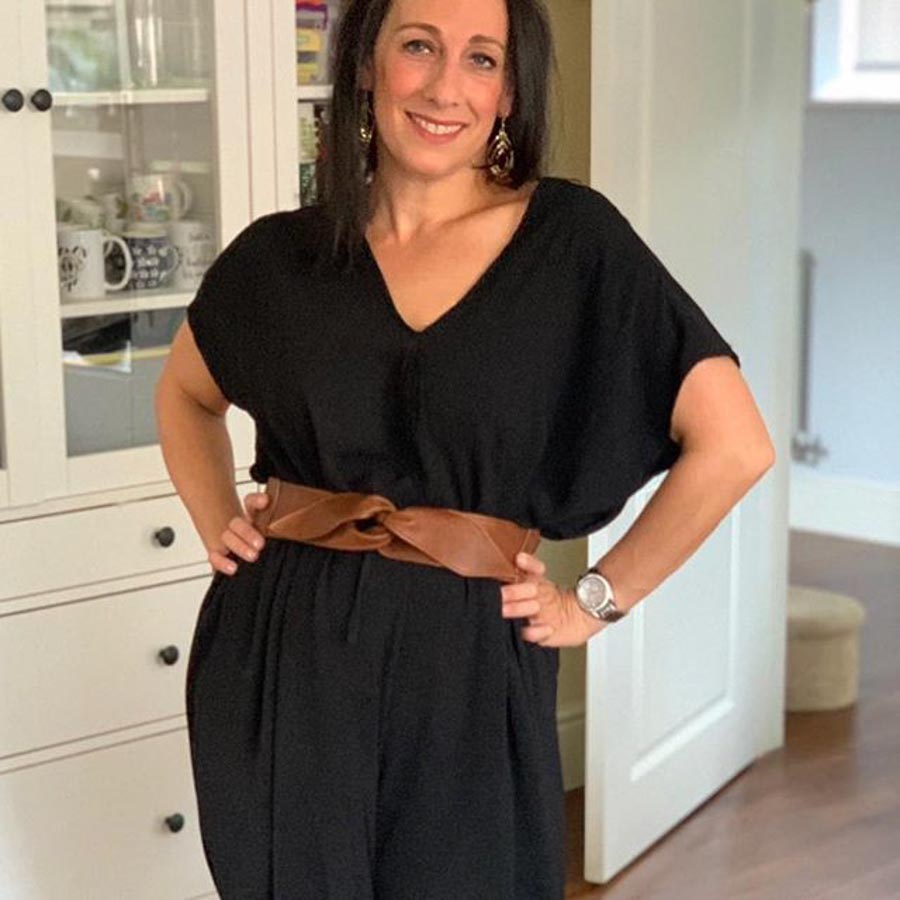