This is the incredible moment a villager in Khadiya climbed a 160-feet-high transmission tower to rescue a monkey.

Villagers tried to encourage the monkey to come down by offering bananas and nuts amid fears it was at risk of getting electrocuted.

But the animal refused to budge and sat impassively at the top of tower with a long rope around its neck.

‘Later, we found that its neck’s rope was stuck in the tower and it couldn’t escape. ‘

The villagers informed the local police on August 7, who requested the help of an animal rescue organisation, Wildlife SOS.

Three volunteers of the organisation climbed the huge tower with tools to help catch the monkey. 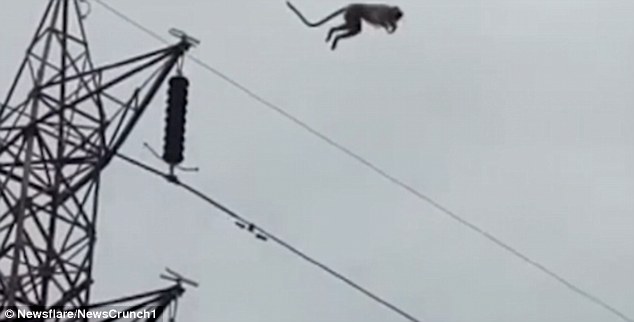 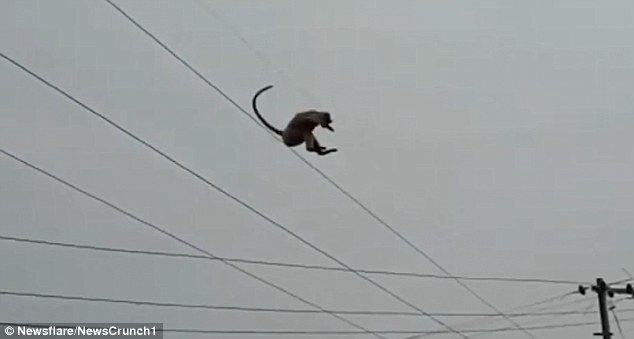 Watching them coming up the monkey struggled frantically and managed to free itself.

Though weakened from hunger and dehydration, it leaped from 100-feet-high, making a dramatic landing on its four limbs and ran away.

It ran into a huge crowd of villagers applauding its successful landing. 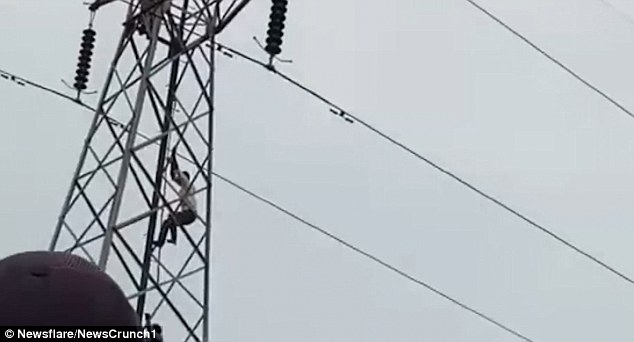