The Government is facing a backlash from MPs over its decision to extend their Christmas break to January 11.

MPs had been due to formally return to work in Westminster on January 5 but they are set to be given another week off.

The delay is said to have been requested by Commons Speaker Sir Lindsay Hoyle as parliamentary authorities try to protect against the spread of coronavirus.

But MPs believe the extended recess will send the wrong message to the nation and that the House of Commons should ‘set an example’ and get back to work. 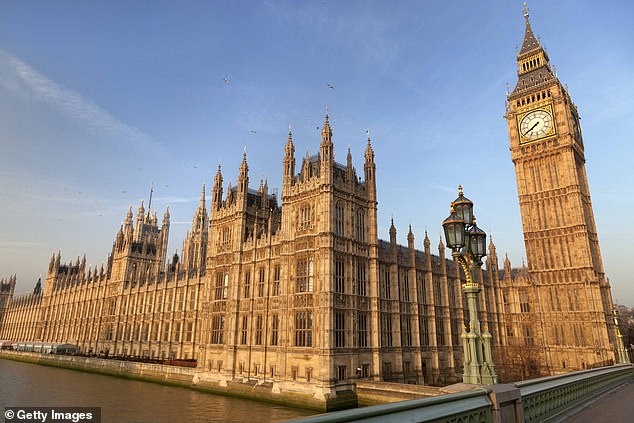 MPs will return to Parliament for one day tomorrow to vote on Boris Johnson’s Brexit trade deal.

It is the first time MPs and peers have been recalled from their Christmas break since 1998.

But once the deal has been agreed they will then go back on holiday until January 11.

It is the Government which has the final say on recess dates and MPs are calling on ministers to rethink the extension.

Huw Merriman, the Tory chairman of the Transport Select Committee, said: ‘Not in my name. If pupils, teachers and millions of employees can go back to school or work (remotely or physically) next week then lawmakers should vote against this proposal, set an example and get parliament working again as originally scheduled.’

Tomorrow’s Brexit debate will see House of Commons’ rules changed so that MPs can vote on legislation remotely.

He said: ’30 Dec (Brexit deal vote) will start with a motion to allow MPs to participate remotely or in person. We worked remotely during first lockdown.

‘This demonstrates we can do so again when scheduled to return next week.’ 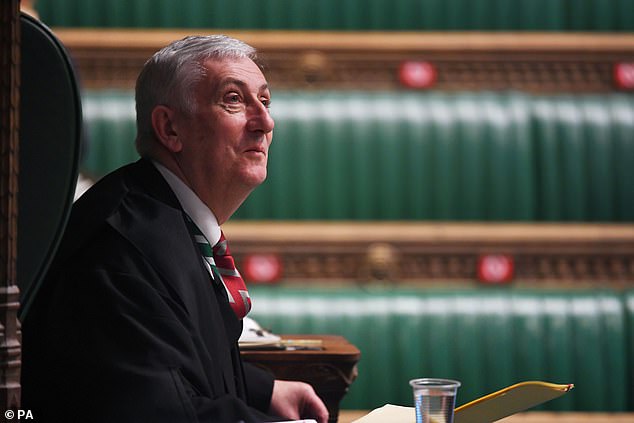 Sir Lindsay Hoyle, the Commons Speaker, is said to have asked for the recess extension but the decision is ultimately made by the Government

Despite the delay to the return of MPs, the House of Lords is still expected to return as normal on January 5.

The row over recess came after Tory Brexiteers demanded a guarantee they will be able to debate and vote on the Brexit trade deal in person amid fears they could be ‘forced to participate from their living rooms’.

Sir Lindsay has encouraged MPs to take part in proceedings virtually and not to come to Westminster unless it is ‘absolutely necessary’.

But Conservative Eurosceptics are adamant they must be able to participate in person on the ‘historic occasion’ as Parliament rubber stamps the UK’s arrangements for life outside of the EU. Covid rules mean there is a 50-person limit in the Commons.