Jessica Fealty, 27, saw the £1.50 Pep And Co babygros while shopping in the Stroud branch of Poundland earlier this month. 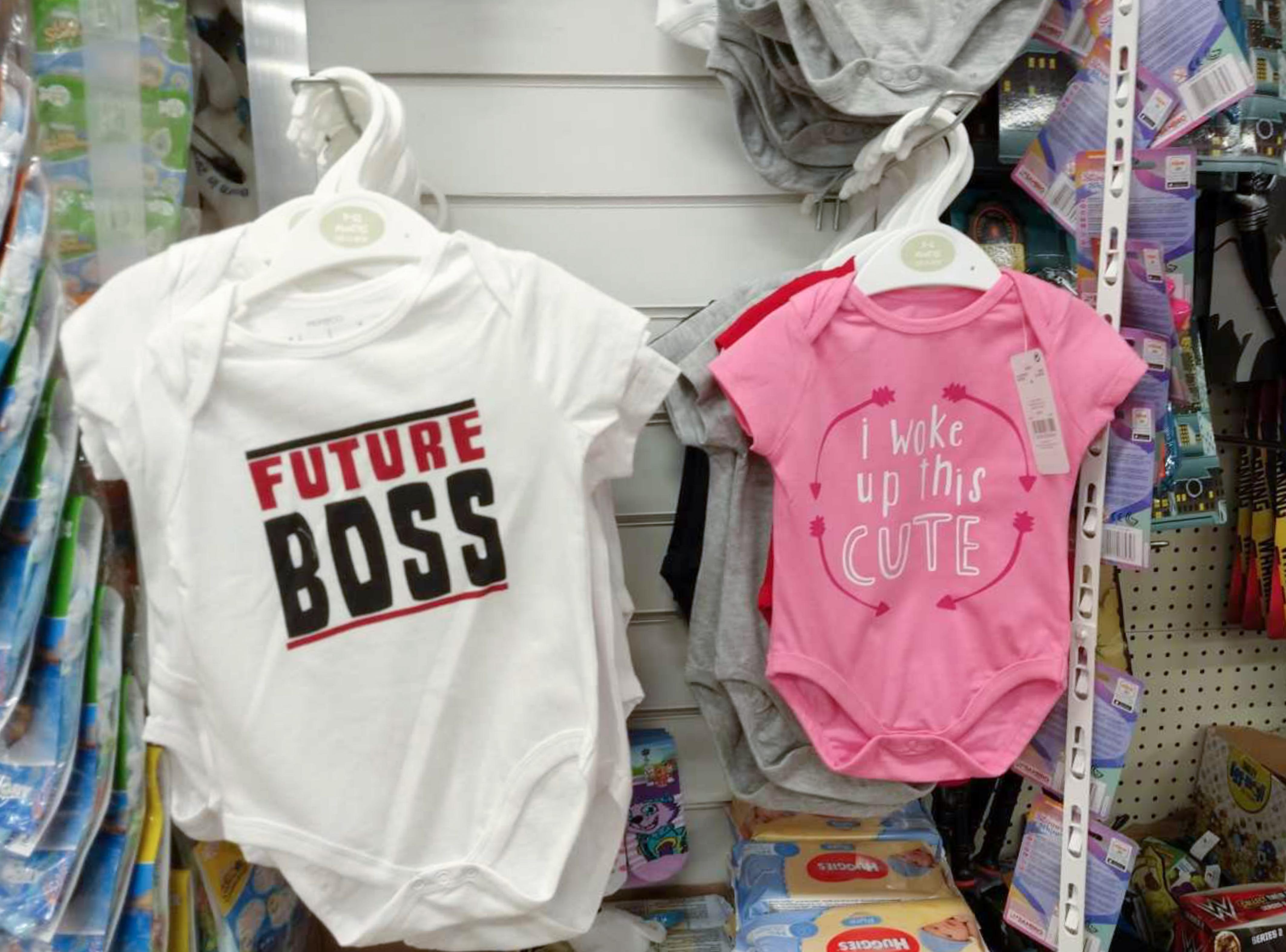 The white babygros were displayed side by side with the slogan "born to be spoiled" in pink writing with a crown above it and the "future boss" written in bold black and red text.

Another pink babygro in the shop says "I woke up this cute".

The mum-of-two claims the slogans pigeonhole boys and girls and suggest a woman's purpose is to be spoiled whereas boys are destined to be company leaders.

But a "bemused" Poundland spokesperson insists that both items can be worn by either girls or boys – and have even won praise for being so "gender neutral". 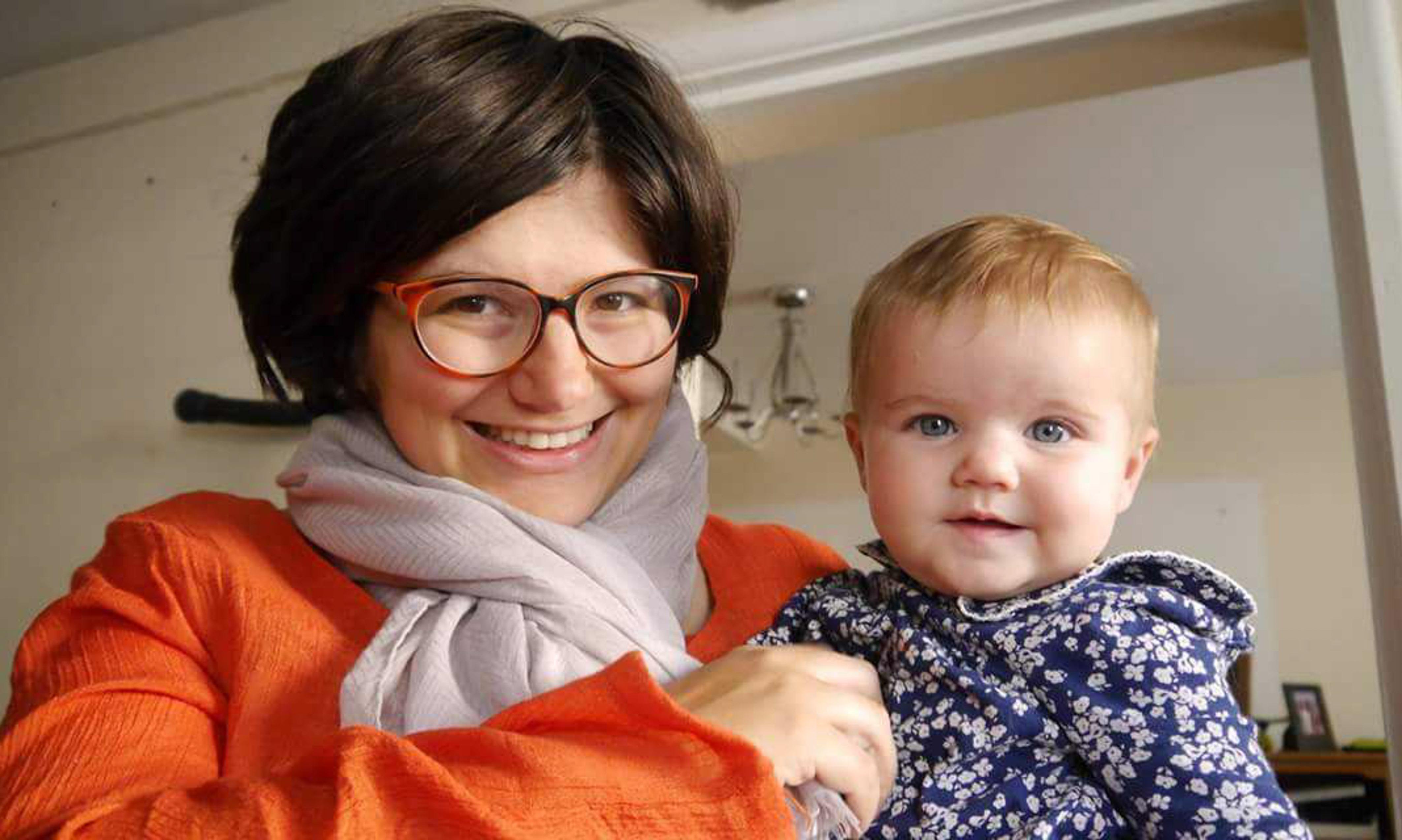 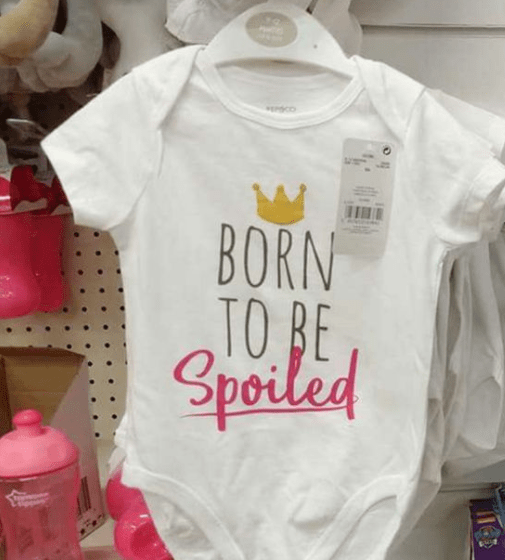 Jessica, from Stroud, Gloucestershire, said: "It's amazing how gendered they are from such a young age.

"The ones aimed at girls read 'born to be spoiled' while the boys said 'future boss'.

"That's not a great message to send out to children. I really don't want my daughter to think her only purpose in life is to be spoiled.

"I want her to be able to do anything she wants whether that's being an athlete or a rocket scientist. I don't want my children having the idea that they can't do something because of their gender. 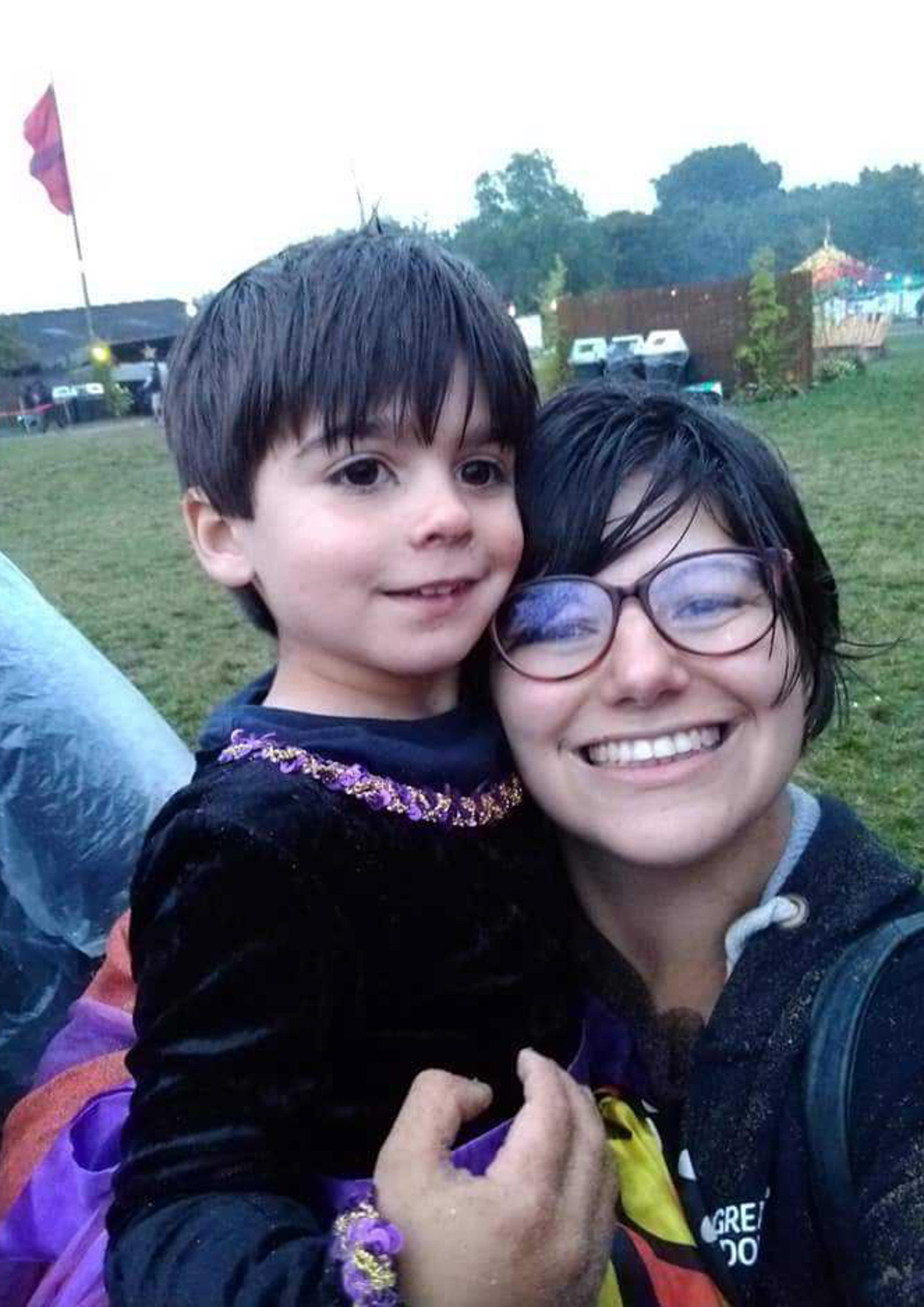 "I think it's sending out the message that a woman's purpose is to be spoiled and men's is to be a boss. These messages they receive from a young age are building women up to think they're less than men.

"It makes me sad that retailers continue to make these clothes. I remember when I was growing up pretty much all of my clothes were practical. It was a t-shirt and jeans that could be worn by a boy or a girl.

"If you wanted a green t-shirt you just bought a green t-shirt. The 'born to be spoiled' is in pink writing with a crown which is typically associated with girls. If you ask a three or four-year-old girl to choose she would choose the pink one.

"Go into any shop and you'll see the clothes in the girl's section are pinks, purples, turquoises while in the boy's they're bold colours – blues, blacks and red. It reinforces lazy gender stereotypes from such a young age – stereotypes that we should be breaking down." 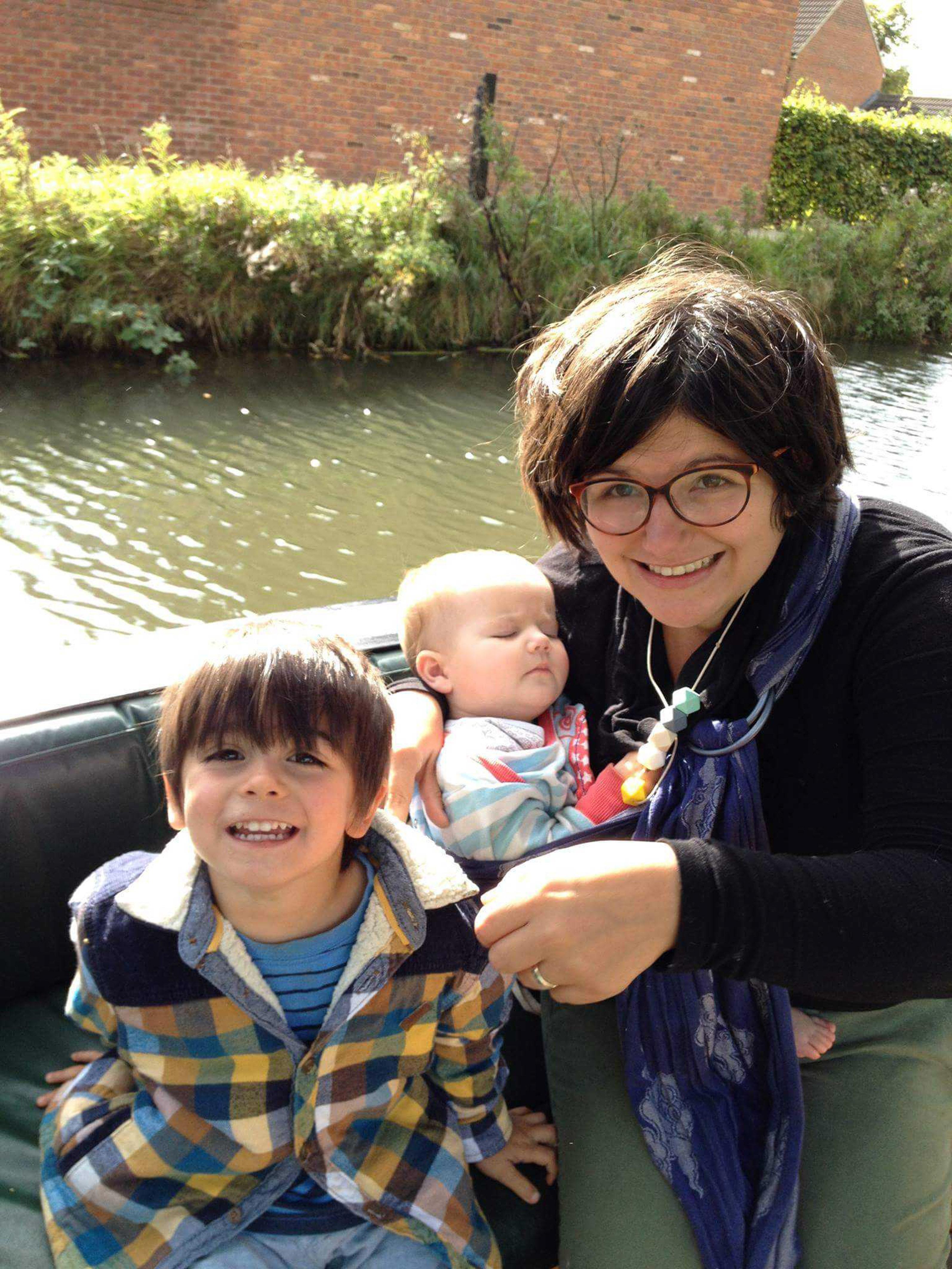 The physics graduate said there's a misconception that there are boy's brains and girl's brains which restrict both genders.

Stay-at-home mum Jessica, who has two children Ziggy, three, and Marianne, one, said: "I was the only woman doing my university course because people think there are girl's brains and boy's brains.

"Children can be anything they want to be."

Jessica said she's sure she has her own inbuilt sexism. 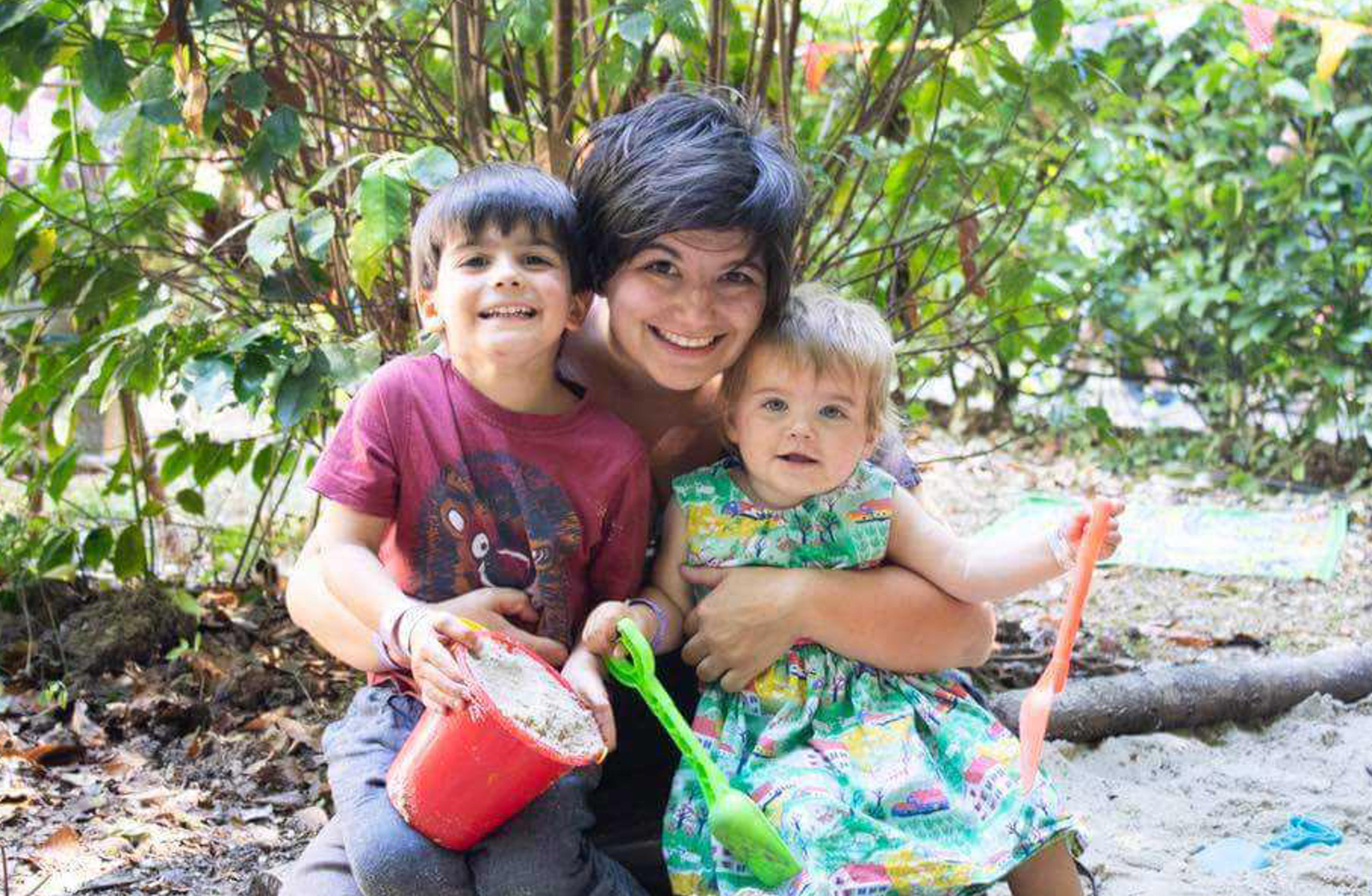 Jessica said: "There's a lot of research saying that parents treat children differently – that subconsciously mothers will let boys cry for longer than girls from birth.

"I see it all the time when I'm out with my children – that girls are not allowed to get muddy but boys are allowed to climb trees and get dirty. It harms everybody, this idea that boys need to be strong and determined.

"We've come so far in terms of equal rights but they're still determined to stick children into boxes. Children shouldn't be pigeonholed and shouldn't be aware of gender stereotypes.

"They're the same and there's no reason why until about the age of five boys and girls can't wear the same clothes.

"Although my son cannot read he can recognise which items are aimed at boys and which are at girls.

"I'm not saying these items shouldn't be sold but I believe shops have a duty to consider the messages they're sending to young children and consider selling more gender neutral clothing."

A spokeswoman on behalf of Pep and Co and Poundland said: "We’re a bit bemused – not least because our ‘future boss’ baby grow was praised last week online for being gender neutral.

"These don’t stereotype. We know girls can be future bosses, and boys can be born to be spoiled."

She said: "The gender coding is classic, and according to multiple sources, children as young as two can spot 'for girls' opposite 'for boys' based on the specific colours, text and motifs used.