JACQUI Thompson wearily opened her eyes and saw the worried face of her 16-year-old daughter Kelly.

"A couple of dad's RAF friends are downstairs," she whispered. 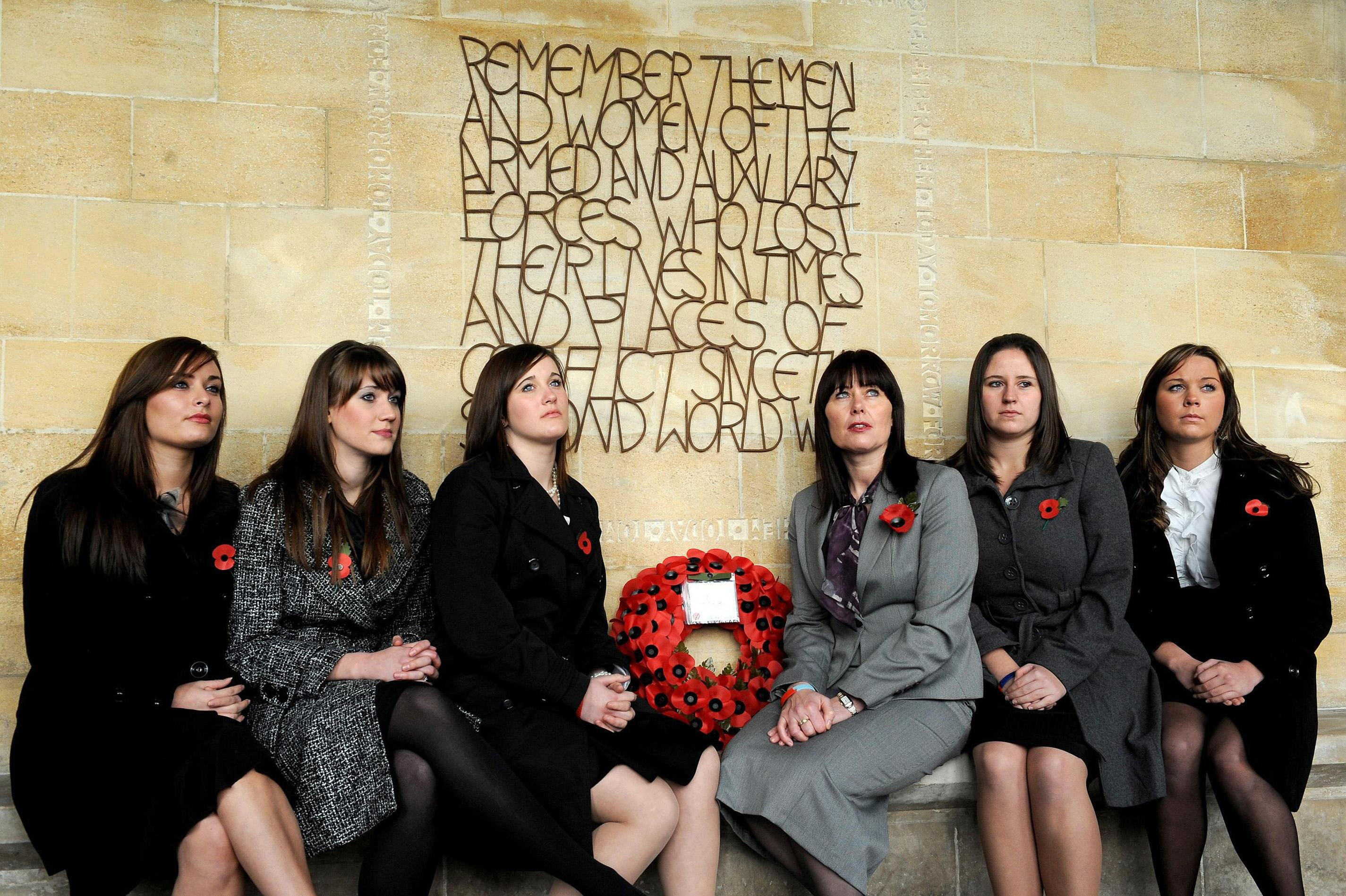 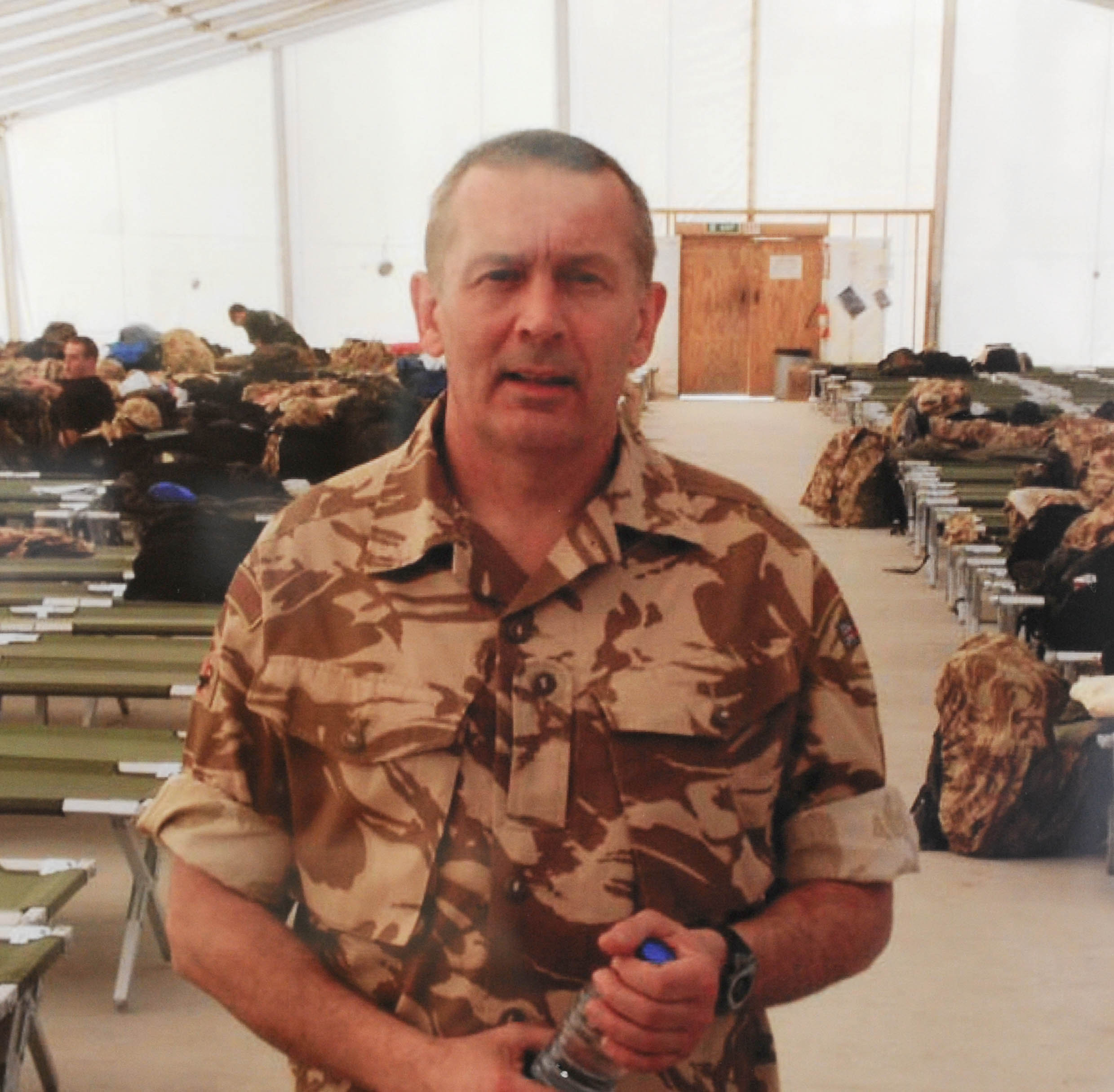 Jacqui turned to look at the clock – it was 11pm. Her heart filled with dread.

Her husband Gary, a Senior Aircraftman, had been deployed in Afghanistan since February after he'd signed up as a reservist.

All military wives knew a call from officers this late at night was going to be bad news.

"I held onto the banister with both hands as I went down, thinking: 'Please don't let this be bad news — not the really bad, terrible news,' she tells Sun Online in an interview to mark Remembrance Sunday.

But when she opened the door, her worst nightmare came true.

'It left me paralysed' 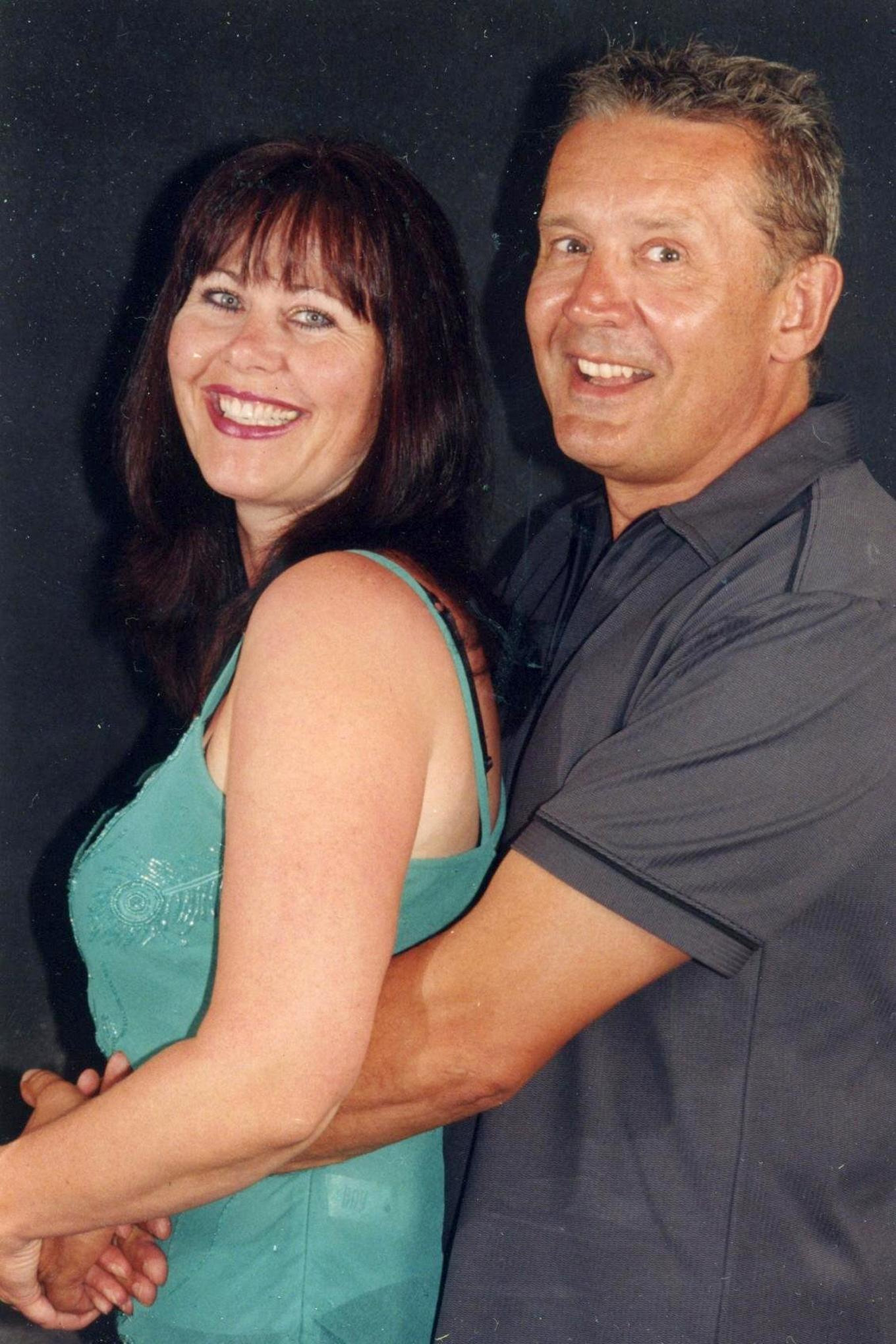 The officers sat her down in the living room where the visiting RAF Flight Lieutenant said: "I’m so sorry to tell you that your husband, Gary, has been killed."

They explained that earlier that afternoon, Gary's vehicle was on a patrol protecting Kandahar Airfield in the south of Afghanistan when it hit an anti-tank mine.

He was rushed to the field hospital but his injuries were too severe and medics couldn't save him.

"I think after that, you don’t hear anything else," Jacqui says.

"I didn’t ask any questions. What on earth could I ask them?"

In a state of absolute shock, Jacqui now had to tell her daughters that their dad wouldn't be coming home.

"Part of me felt a little bit paralysed," she added. "It was just too shocking to comprehend."

'I had to tell them he wasn't coming back' 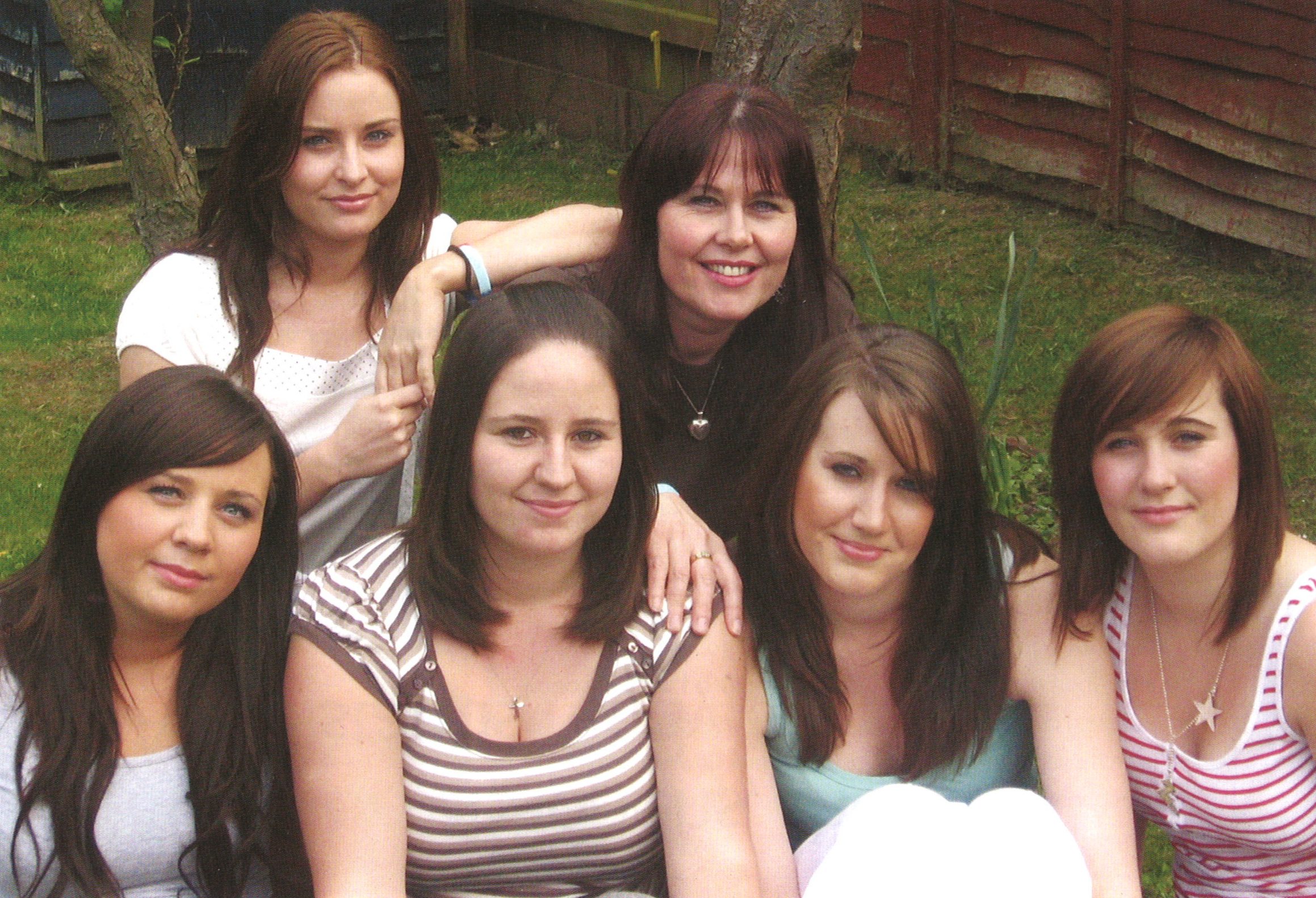 As she struggled to take in the news, Jacqui realised two of her daughters, Aimee and Kelly, were sitting at the top of the stairs craning to listen.

"When they saw my face they just burst out crying," she says. "They knew right away what had happened."

Another daughter, Jade, was upstairs sleeping — Jacqui walked into her room and gently woke her up to tell her the tragic news.

Jacqui then had to tell her other two daughters — Jordan was at university nearby and Laurie was in Beeston.

"It was the longest night of my life," Jacqui said, "And the more I heard it, I still couldn’t believe it."

'I shattered into a million pieces' 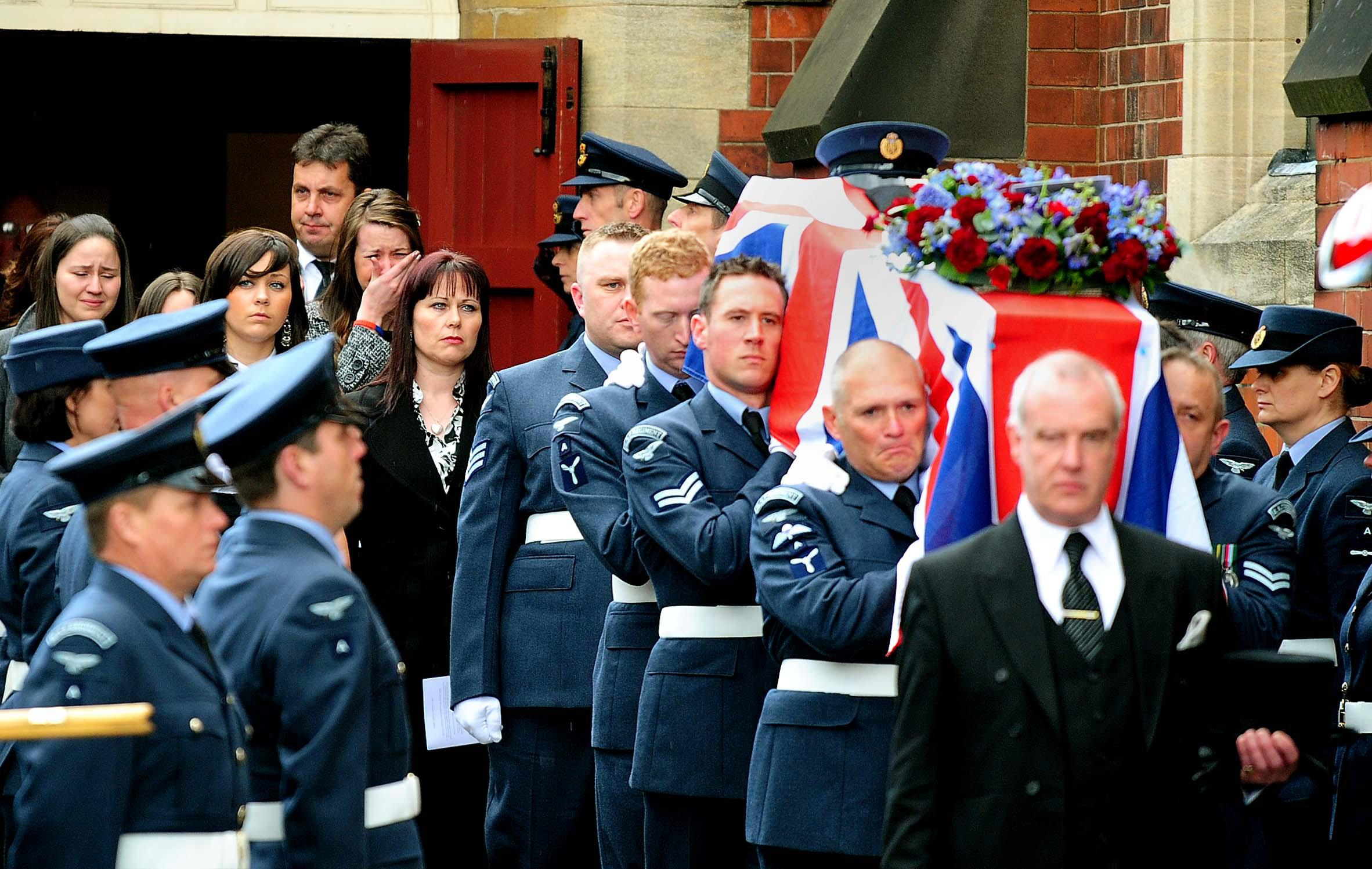 Jacqui said she and her heartbroken daughters were in a trance of disbelief about the loss of Gary for the following days.

But it became a devastating reality when his body was brought back to Britain.

"It was the worst day of my life," Jacqui said. "It was absolutely real — it wasn’t words anymore.

"When I saw them carrying Gary’s coffin from the aircraft, I honestly thought I was going to shatter into a million pieces."

Watching the procession at RAF Lyneham, Jacqui says she felt blessed to have ever had such a loving and devoted family man in her life for 20 years.

"I was determined I wasn’t going to cry," she said. "And I was going to proudly and lovingly watch him come home.

When I saw them carrying Gary’s coffin from the aircraft, I honestly thought I was going to shatter into a million pieces"

"I stayed on that runway until I couldn’t see his car anymore."

But the girls were absolutely inconsolable.

"My daughters just fell to pieces," Jacqui said. "It was the first time as a mum that I couldn’t help them.

"I couldn’t make it better. I was just heartbroken for all of us."

Love of a lifetime 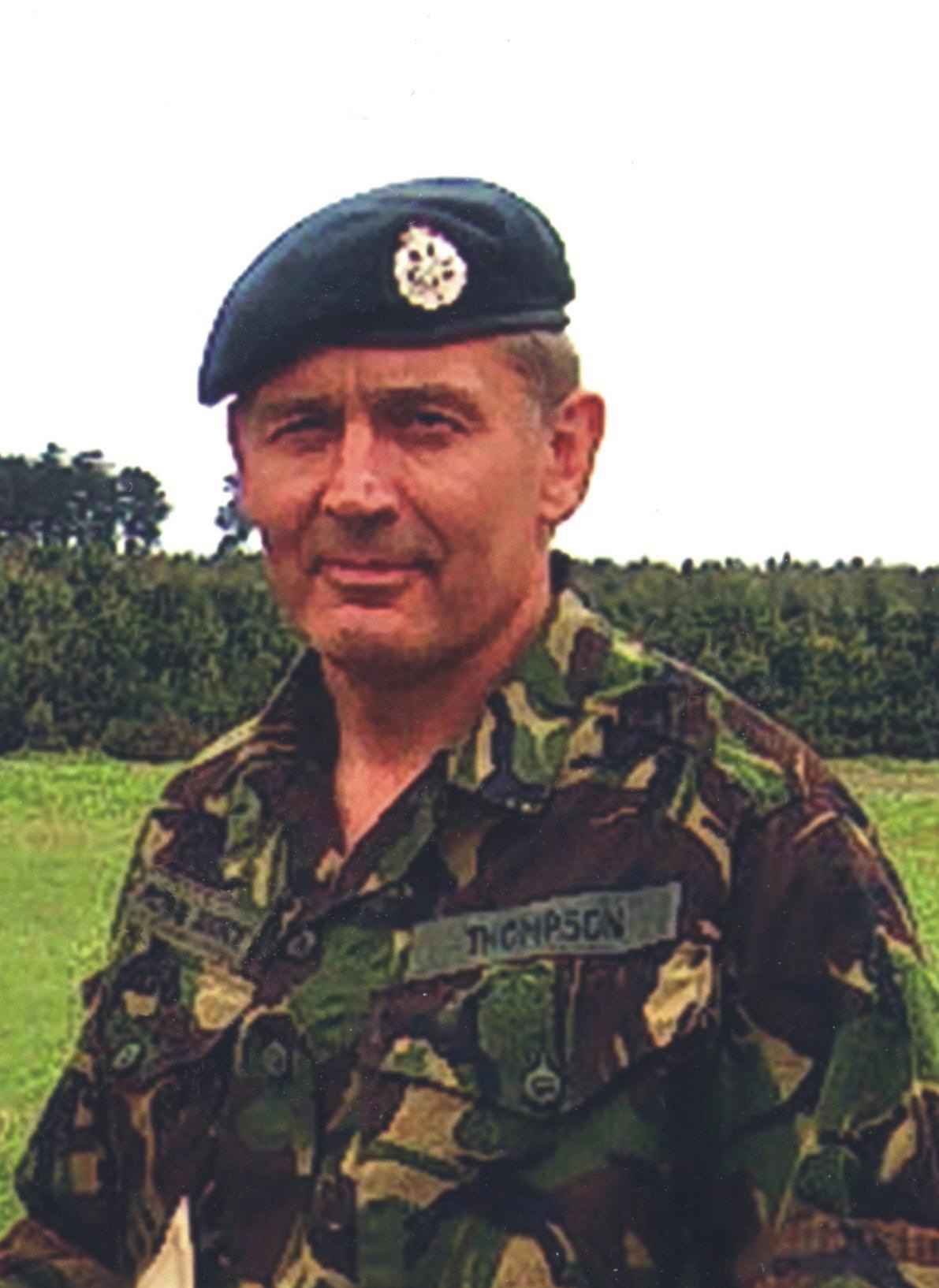 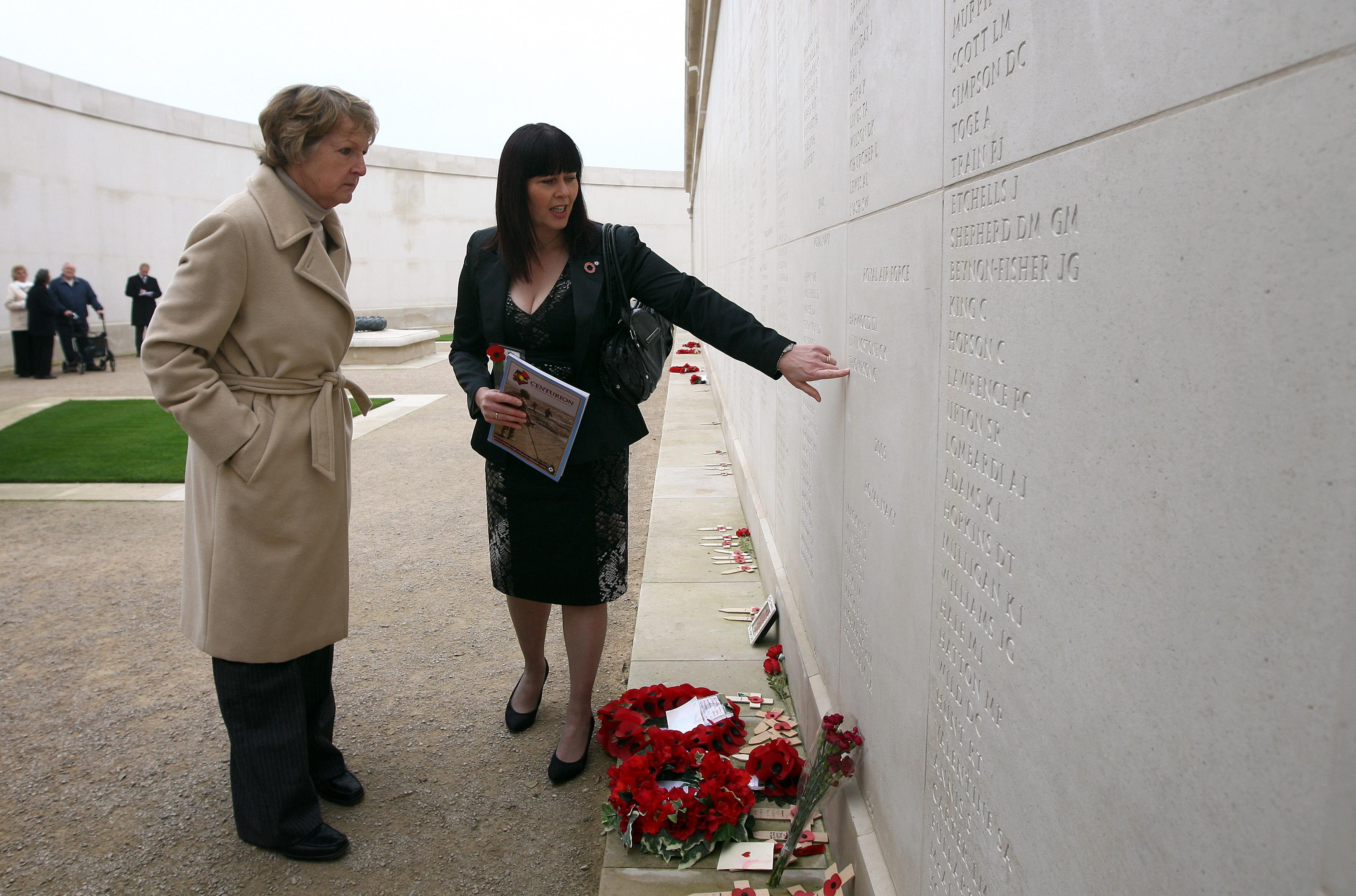 Gary Thompson originally joined the RAF when he was 17 but left after four years in 1977 to pursue a civilian career.

He took up an apprenticeship as a sheet metal worker in Nottingham at a company where he would eventually meet Jacqui, who joined the company in 1985, just before her 21st birthday.

"He was so good looking and I kind of felt a little bit inadequate round him, a little bit self-conscious," Jacqui explains.

But eventually she worked up the courage to go out with him and they quickly fell in love and moved in together.

Jacqui was 28 when she married Gary after having all five of their daughters.

In 2004, during the Iraq War, Gary was upset watching images on the news of young soldiers' bodies being brought home.

He wanted to do his bit for his country and was shocked to find that at 48 he was still eligible to join the RAF reserves.

Gary asked Jacqui what she thought and she said she didn't mind — as long as she didn't have to wash his uniform.

Jacqui joked: "I don’t know if it was a house full of women maybe prompted him into the reserves or not!"

THE WAR IN AFGHANISTAN

In response, President George W. Bush announced a new war on terrorism a month later which would target Al Qaeda, a terrorist organisation which claimed reponsibility for the attacks.

The plan, codenamed Operation Enduring Freedom, would also be against the Taliban in Afghanistan – who the US accused of failing to hand over Osama Bin Laden, who was accused of plotting 9/11.

The Taliban, a fundamentalist Islamic political movement, had been in government in Afghanistan since 1996.

By 2006, thousands of British troops were on the ground fighting the Taliban.

The UK stopped all combat operations in Afghanistan in October 2014 when the last our troops were brought home.

Between 2001 and July 2015, 454 British military personnel died during operations in the war.

American troops remain in Afghanistan with no current plans to withdraw, making it the longest war in US history.

Although an exact figure is difficult to calculate, hundreds of thousands of people have died in the fighting.

'They've made a mistake' 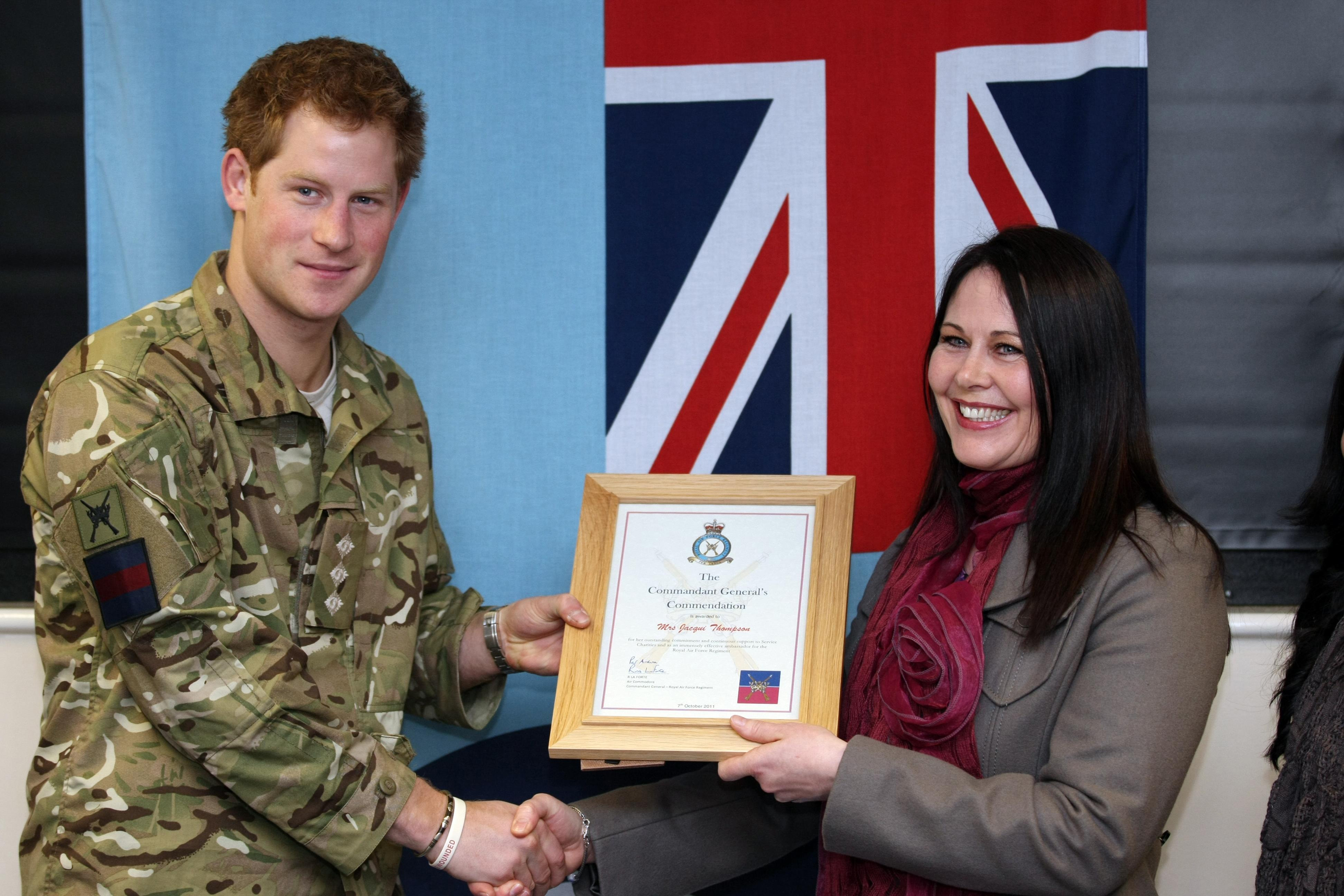 In September 2007, Gary received a letter saying he was going to be deployed in Afghanistan.

“I never asked anything," Jacqui said. "I thought they were going to realise he’s 51, and they’ve made a mistake."

Gary didn't tell his daughters he was going to war until about two weeks before his deployment.

One them asked if he would be safe and Gary told them he would.

When the girls left the room, Jacqui told him: "You can lie to them, but you can’t lie to me."

But she wanted to avoid falling out with him in the few days they had left together before he had to go.

And once he was in Afghanistan, Jacqui wrote to him every day and they spoke on the phone every night that she could.

"I felt like when he rang me he was just around the corner — the line was so clear."

It was the last time Jacqui heard her husband's voice.

At 51, he was the oldest British serviceman to be killed during operations in Afghanistan. 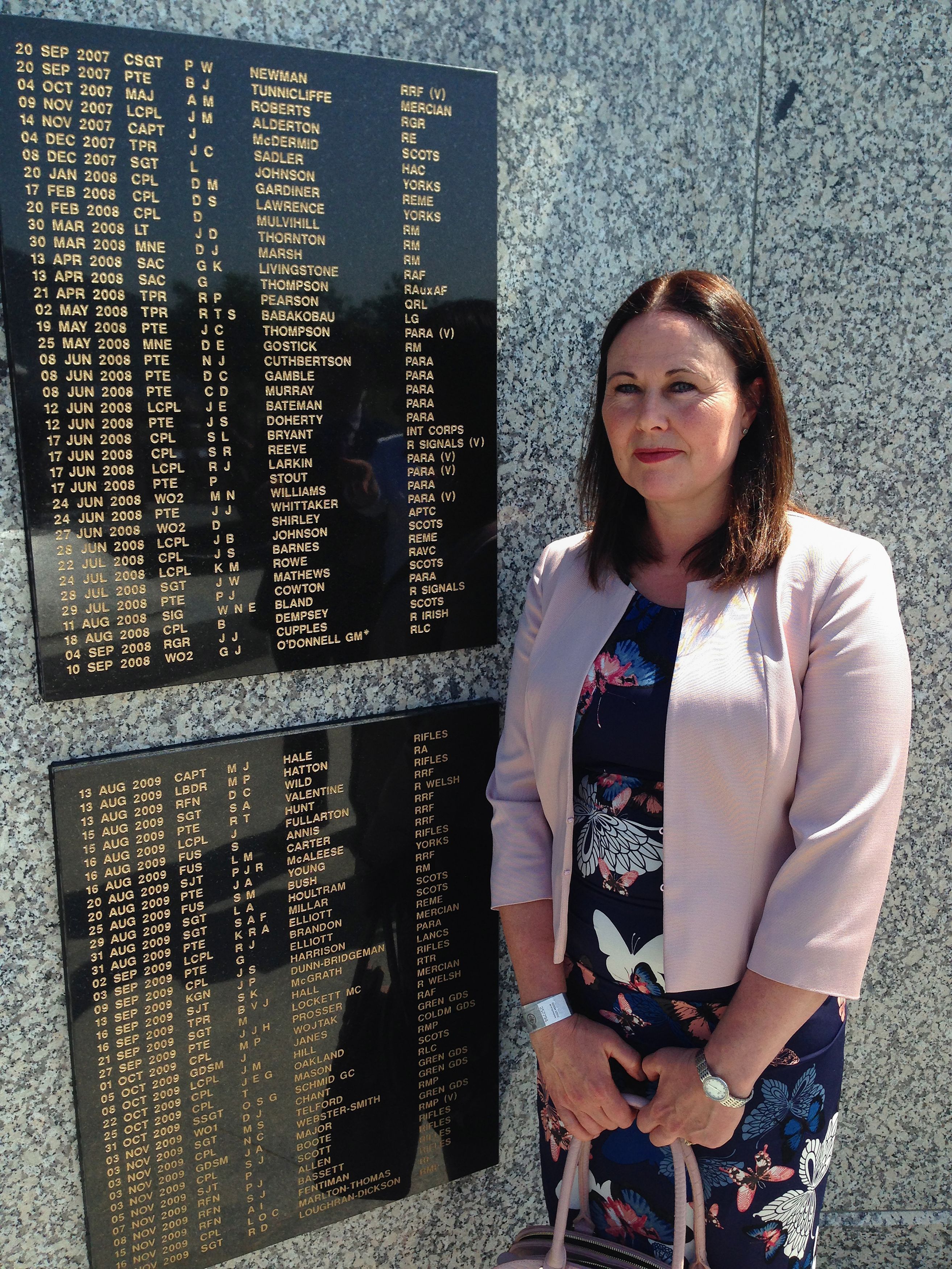 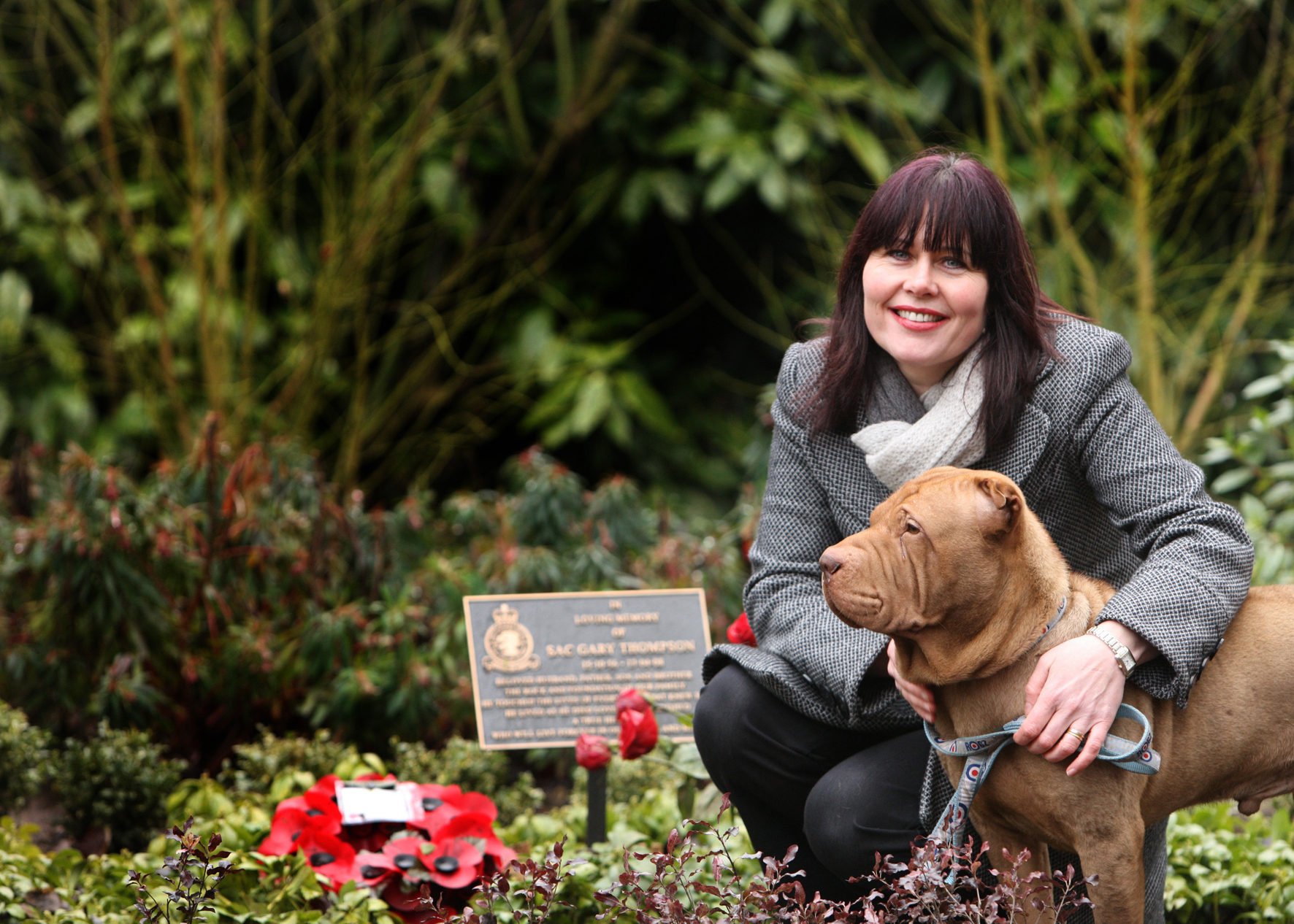 Eleven years on from his death, Jacqui says she still feels the pain of Gary's loss.

"It never goes away," she said." "I think the thing about grief is that you control it rather than it controls you. Because you always miss them.

"There’s not a day that goes by that I don’t miss him — and I know that’s the same for the girls."

This Remembrance Sunday, she'll honour his memory at a plaque laid by the council for him in Woodthorpe Park near her home in Nottingham, where the family used to walk together.

Jacqui now helps to raise awareness for the RAF Benevolence Fund, a charity which provides financial aid to serving members of the RAF, veterans and their dependants.

The organisation helped Jacqui and her daughters after Gary's death, which Jacqui said was invaluable in their time of need. 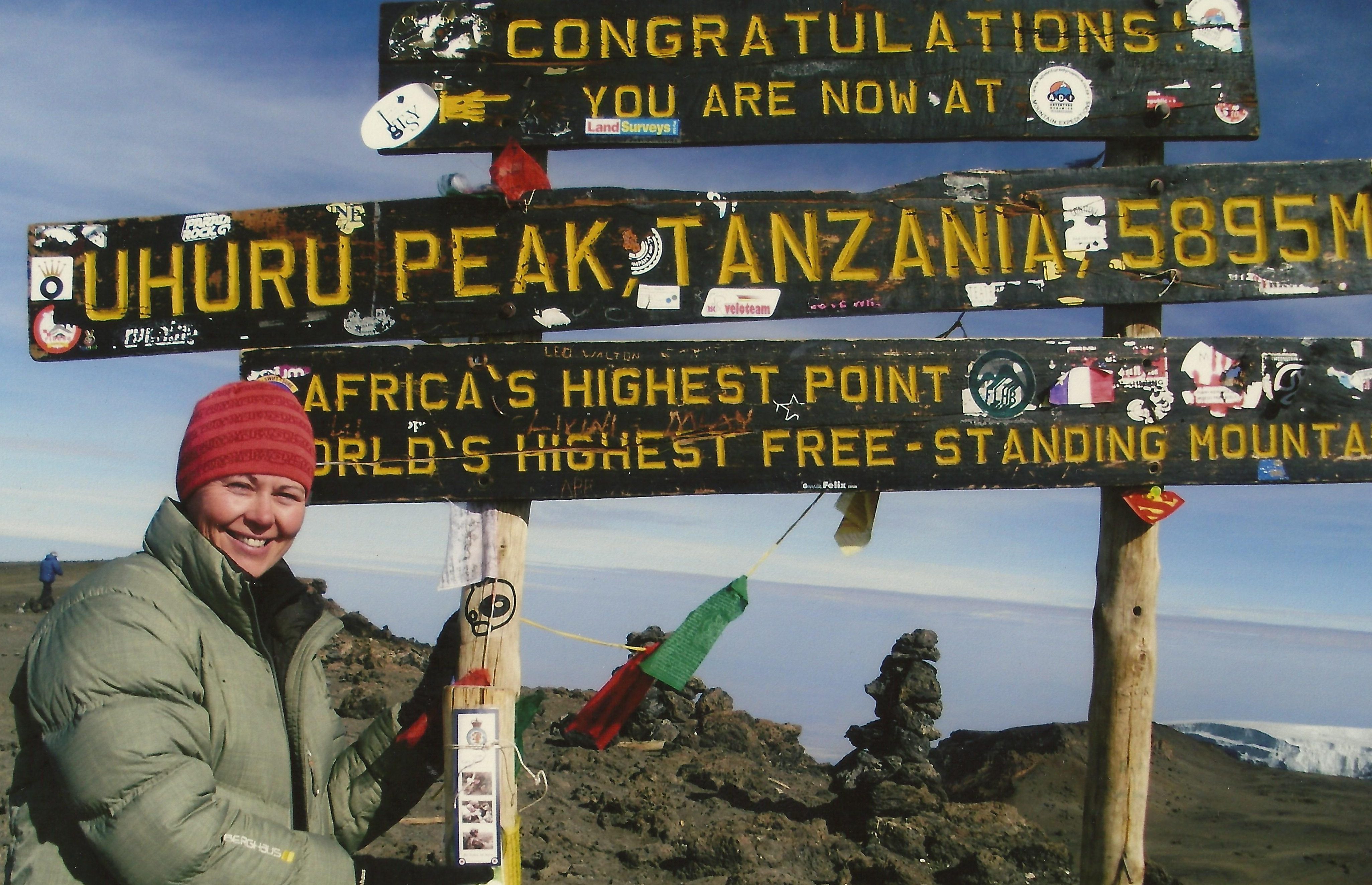 "Even though I got financial help, it was the fact that someone was there," she said.

"And they cared. And I felt part of this military family I hadn’t felt before.

"That was life-saving for me."

You can donate to the RAF Benevolent Fund and listen to a podcast of Jacqui's story here.