Washington: A Brooklyn imam whose relatives were arrested in a raid of a New Mexico compound spoke out Thursday to combat rumours that have transformed what he described as a months-long family drama into allegations of terrorism.

Law enforcement officials raided the barren compound in northern New Mexico last week and found the dead body of a young boy and 11 hungry children, who officials said were clothed in filthy rags without running water or electricity. 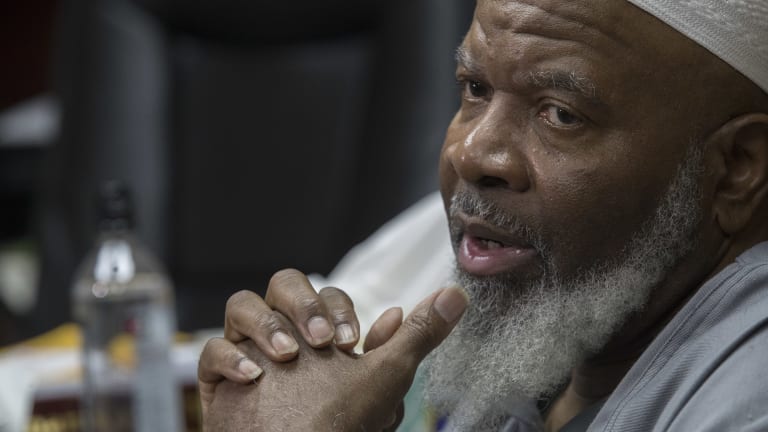 They arrested the imam's son, Siraj Ibn Wahhaj, who was wanted since last year on suspicion of abducting his critically ill 3-year-old son, as well as four other adults who were with him. The imam confirmed on Thursday those adults were also family members.

The child's body has not been identified, the Taos County Sheriff's Office said on Thursday.

All five adults have been charged with 11 counts of felony child abuse.

County authorities have alleged, without substantiating evidence, that the adults were training the children to carry out school shootings, and that the group subscribed to "extremist" Muslim beliefs. 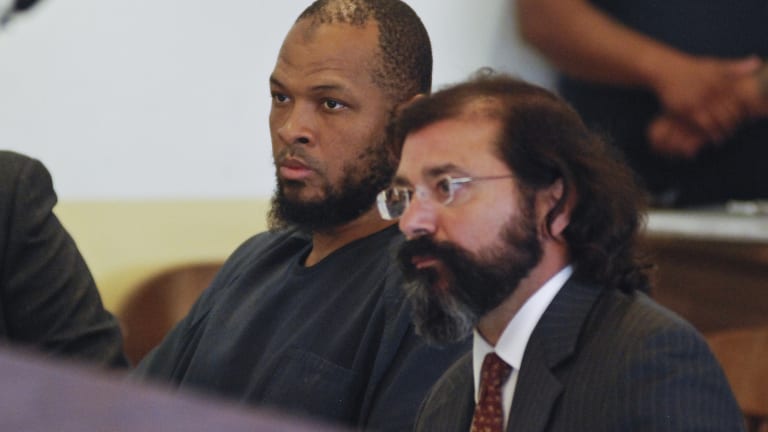 Siraj Wahhaj, the Brooklyn imam, confirmed during an impromptu news conference on Thursday that he is the father of suspects Siraj Ibn Wahhaj, 40; Hujrah Wahhaj, 37; and Subhannah Wahhaj, 35.

He said he also is the father-in-law of Lucas Allen Morten, 40, and Jany Leveille, 35, who also were suspects taken from the compound. All 11 children found on the compound are his grandchildren, two of them through his daughter-in-law's previous marriage, Wahhaj said.

But he said he had no knowledge of the group's intentions when they disappeared last December, and that they quickly "cut ties, not only with me, with their brothers and their sisters and their mother," and that the family has had "no direct contact with any of them" since then.

After Siraj Ibn Wahhaj disappeared with his son, Abdul-Ghani Wahhaj, earlier this year, the boy's mother filed a missing person's report in the Atlanta suburb where they live. Hakima Ramzi, the mother, said the boy suffers from a severe brain condition that causes seizures and that his father did not have the boy's medication.

Ramzi's attorney said on Thursday that Siraj Ibn Wahhaj had been acting "differently" and "more argumentative" for a few weeks before his disappearance, but gave no other warning of what was coming. 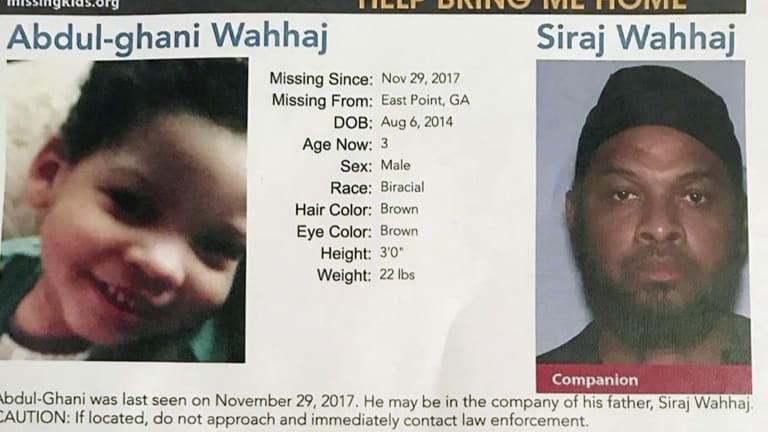 Wahhaj said Thursday that his son was "a little bit high-strung" and sometimes prone to anger, and that he was licensed as a private security guard to carry guns. But he said he was unaware of any political or religious beliefs, or violent intentions, that could have motivated his son and daughters' disappearance.

"I don't know what his thinking is, because to do something as extreme as this, it doesn't make sense," he said. The idea that his son was plotting school shootings "sounds crazy," he added. "But I don't know. I'm not making any judgments yet because we don't know."

Hints of the circumstances surrounding the disappearances emerge in Facebook posts and message exchanges between relatives over the months, but many details remained unclear.

The posts indicate that Ibn Wahhaj and Hakima Ramzi were experiencing some form of marital strife, and that another brother, Mohammed Wahhaj, had been involved in trying to mediate before Ibn Wahhaj's sudden departure. 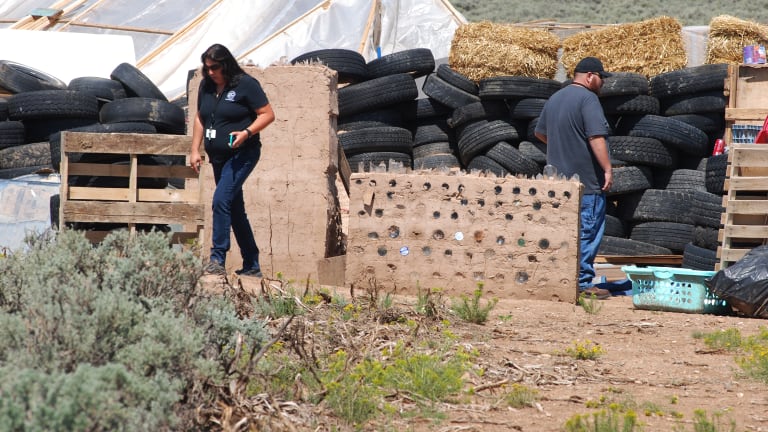 Searchers found the remains of a boy at the makeshift compound that was raided in search of a missing Georgia child.

The group disappeared without warning last December, and Wahhaj and other family members have worked closely with local law enforcement and the FBI ever since in an effort to track them down, he said.

He has been unable to reach any member of the group since they absconded with the children last year, he said, and he had no knowledge of their motives or intention.

The search came to an end last week, after Subhanah Wahhaj contacted another family friend, he said.

"She said, 'We need some food, we're starving,' " the imam said. Subhanah provided a location to send food, and the family turned that over to the police.

"That's why the police came in," he said. "Because of the information we gave them."