Former SS guard, 94, will be trialled as a JUVENILE in Germany over the murders of several hundred concentration camp prisoners

A 94-year-old German man is to go on trial accused of being accessory to hundreds of murders in a Nazi concentration camp during World War Two, a court in the western city of Muenster said.

The man, who has not been named for legal reasons, denies the accusations.

He will be tried in a juvenile court, since he was aged less than 21 at the time of the alleged crimes. 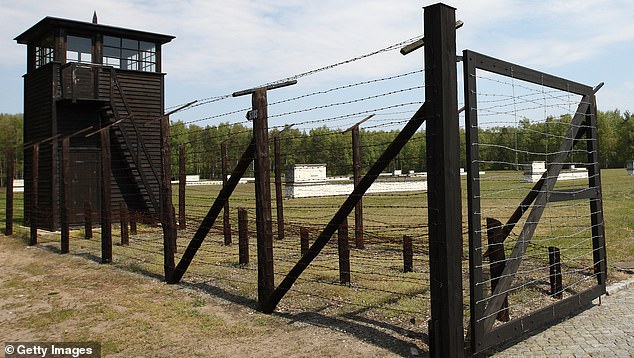 The camp in Sztutowo, Poland is now a museum of the murders which took place, pictured during the 71st anniversary of its liberation in 2016. The camp was liberated on May 9, 1945, the same day World War II ended 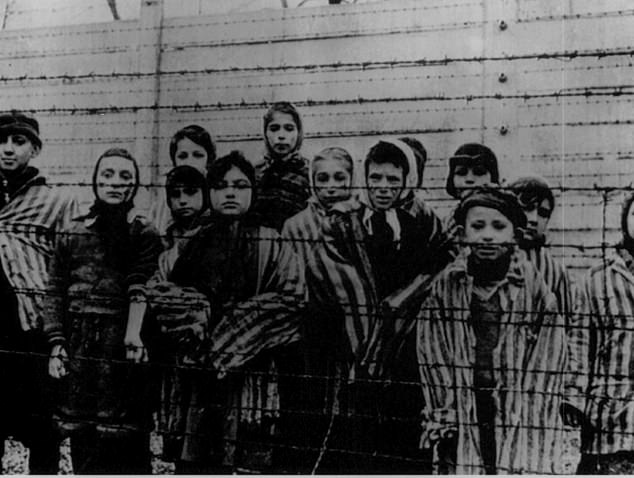 Human killing factories were opened around the then Third Reich, where at least a million people, mostly Jews, were murdered. Children look through the barbed wire at Auschwitz concentration camp  just after its liberation in January 1945

The former guard in the SS, the paramilitary wing of Adolf Hitler’s Nazi party, stands accused of having known about the killings of hundreds during the three years he served in Stutthof concentration camp near the Polish city of Gdansk.

Between 1942 and 1945, hundreds of prisoners were killed in gas chambers or by having poison injected into their hearts, while others died of exposure or cold, Der Spiegel magazine quoted Muenster prosecutors as saying.

He would have been at most 21 years old at the end of the war.

German prosecutors are keen to see as many perpetrators of Nazi crimes put on trial as possible, but the few remaining suspects are now in extreme old age.

That is creating its own problems beyond the unusual sight of a nonagenarian being tried in a juvenile court.

Hearings in the Stutthof case, scheduled to start on Nov. 6, will last a maximum of two hours each day because of the poor health of the suspect. 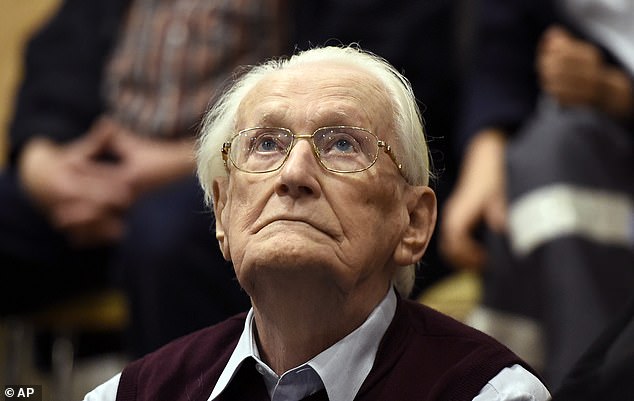 A former SS sergeant Oskar Groening, pictured above in a German court, was convicted of being an accessory to murder in July 2015. He died before his prison sentence was due to start in March this year, aged 96

In another case, it is undecided whether a 93-year-old is mentally fit to undergo trial for alleged crimes carried out in wartime.

Last year, a court ruled that Oskar Groening, known as the “bookkeeper of Auschwitz” for his job counting cash taken from the extermination camp’s victims, must serve time after years of wrangling over whether his health and age permitted a prison term.

He died in March, aged 96, before starting his term.

Some six million Jews were killed in the Nazi Holocaust carried out under Hitler.