Home » World News » Neighbour from hell, 53, who climbed over fence and kneed pregnant woman, 22, in stomach walks free from court – The Sun

A NEIGHBOUR from hell has walked free from court after forcing her way into a couple's home and kneeing a pregnant woman in the stomach.

Susan Broadbent, 53, was caught on CCTV vaulting her neighbours' fence before charging into their home and attacking terrified Samantha Wright, who was seven weeks pregnant. 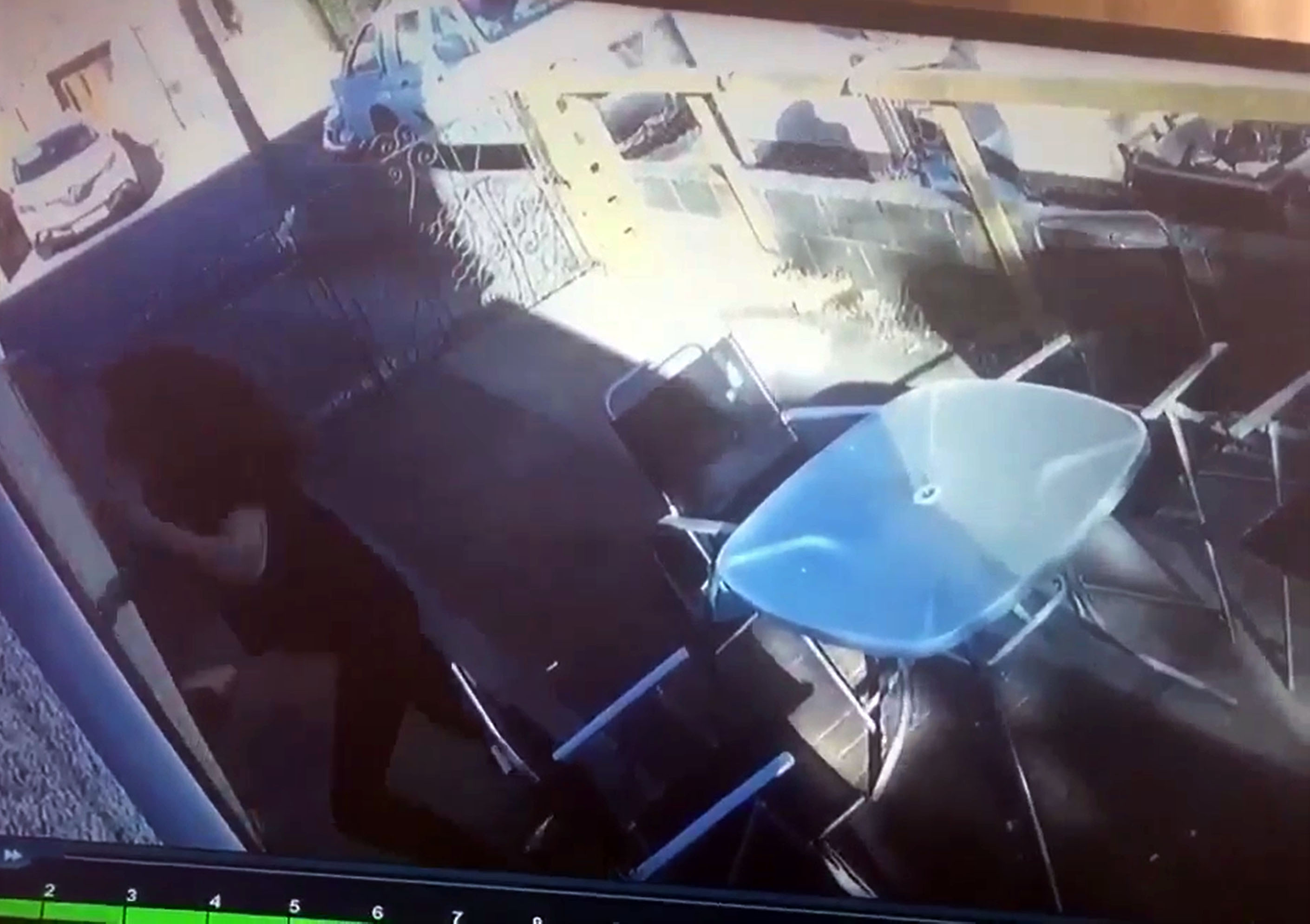 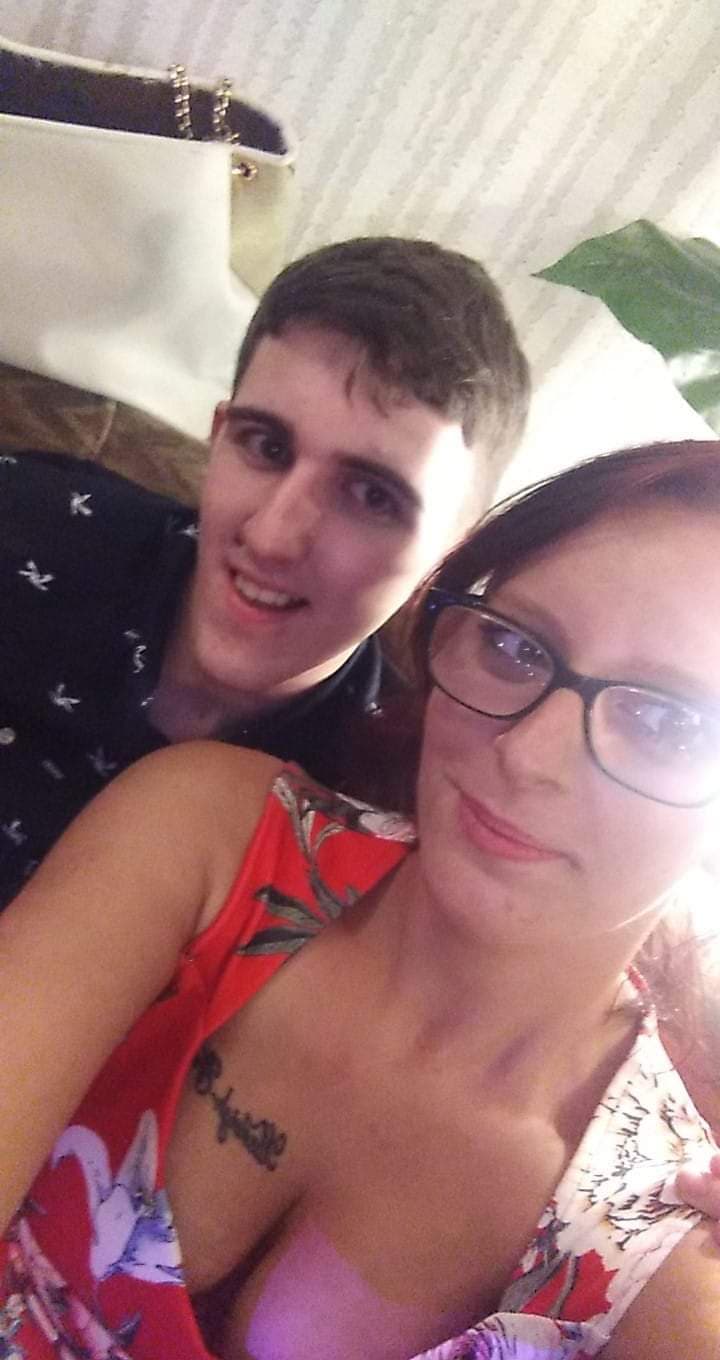 Earlier this month, Broadbent was convicted in her absence of two counts of assault at South Cumbria Magistrates.

A warrant was issued for her arrest and she was yesterday sentenced to eight weeks jail suspended for 12 months.

Samantha, 22, from Ulverston, said: “Despite the punches, the psychological impact was the worst.

"I went through my whole pregnancy worrying that my baby might have been harmed in some way.

“It completely ruined the whole experience for me, and I can’t ever forgive that.”

Samantha and her partner, Kyle McTavish, 21, and his parents, had had ongoing problems with their neighbour for two years, and had put up CCTV as a result.

“We were quite frightened of her," said Samantha. "She was unpredictable.”

In April, Samantha discovered she was expecting her first child with Kyle.

The following month, May 21, as Samantha stood at her back door, Broadbent began shouting abuse over the fence.

Samantha said: “She shouted that she would smash my face in, and she accused me of sleeping with Kyle’s stepdad, which was utter rubbish."

I was hysterical; I had pain in my stomach, and I was convinced I was going to lose the baby.

Broadbent jumped over the fence and charged through the back door.

Samantha said: "She kneed me right in the stomach and Kyle screamed: ‘She’s pregnant!’

“But that didn’t stop her. She punched me and knocked my glasses off.

“Kyle managed to drag her off, so she hit him and ripped his shirt.

"I was hysterical; I had pain in my stomach, and I was convinced I was going to lose the baby.”

The couple were taken to hospital, but Samantha was told it was too early for doctors to scan her baby for problems, and that it would be a further four weeks before they could provide reassurances.

The new mum said it was "agony" waiting to find out if she would lose her baby.

Luckily the couple’s son, Rori-Gray, was born perfectly healthy in December and the couple have now moved into a new house and are putting their ordeal behind them.

When she was interviewed by police Broadbent said she had been the victim and claimed Kyle had dragged her into his home by her hair.

However, the court was shown CCTV which showed Broadbent trying to force her way into the couple’s home.

Magistrates found both defence witnesses were ‘consistent and honest’ and said the CCTV disproved Broadbent’s claims to police. 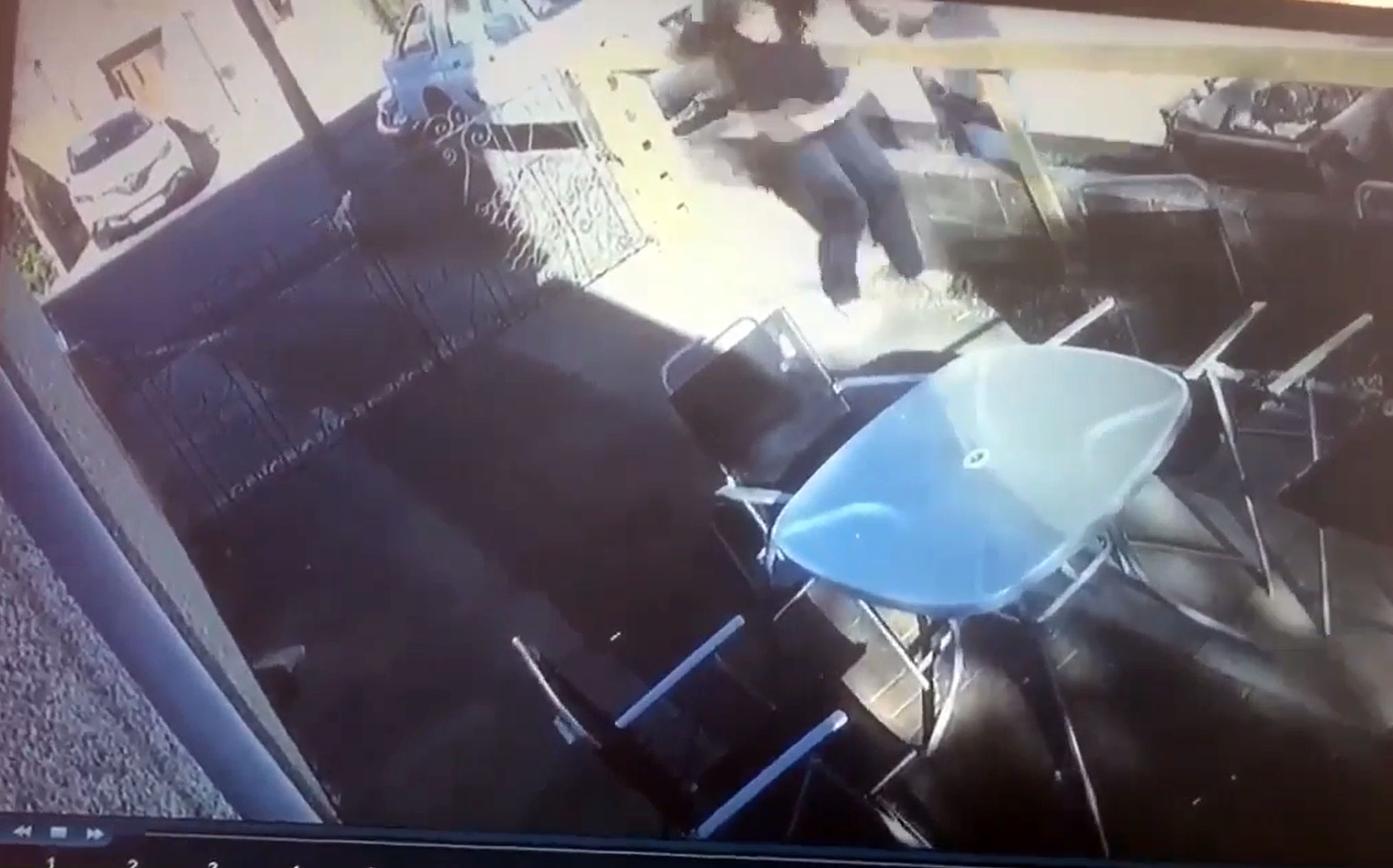 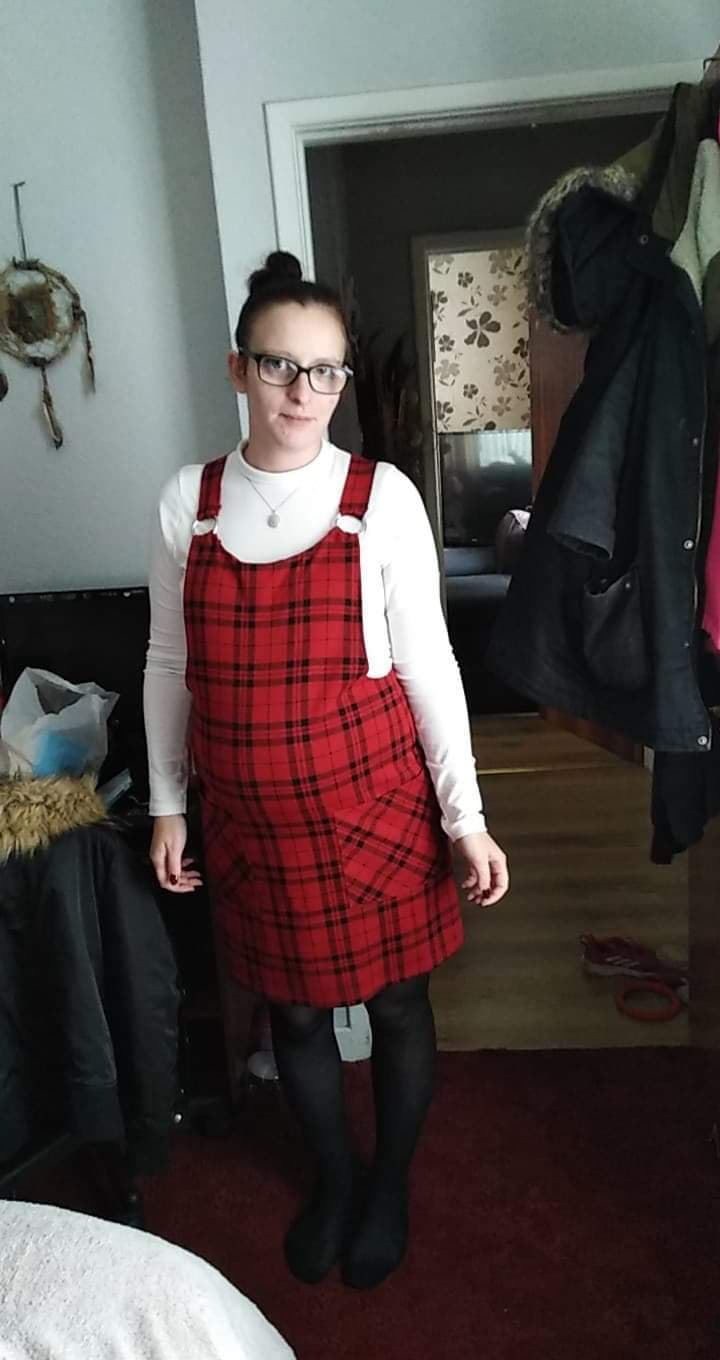 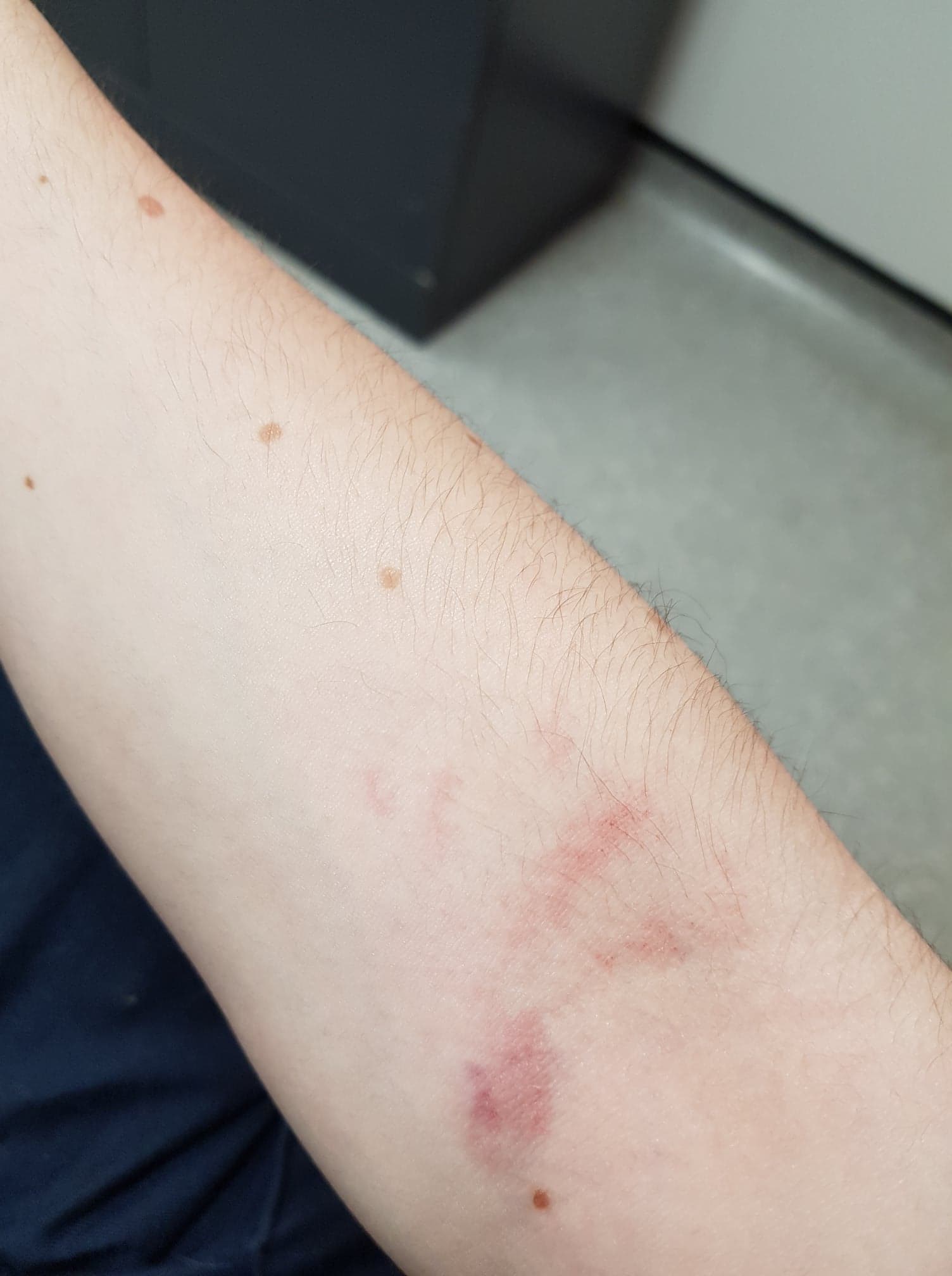 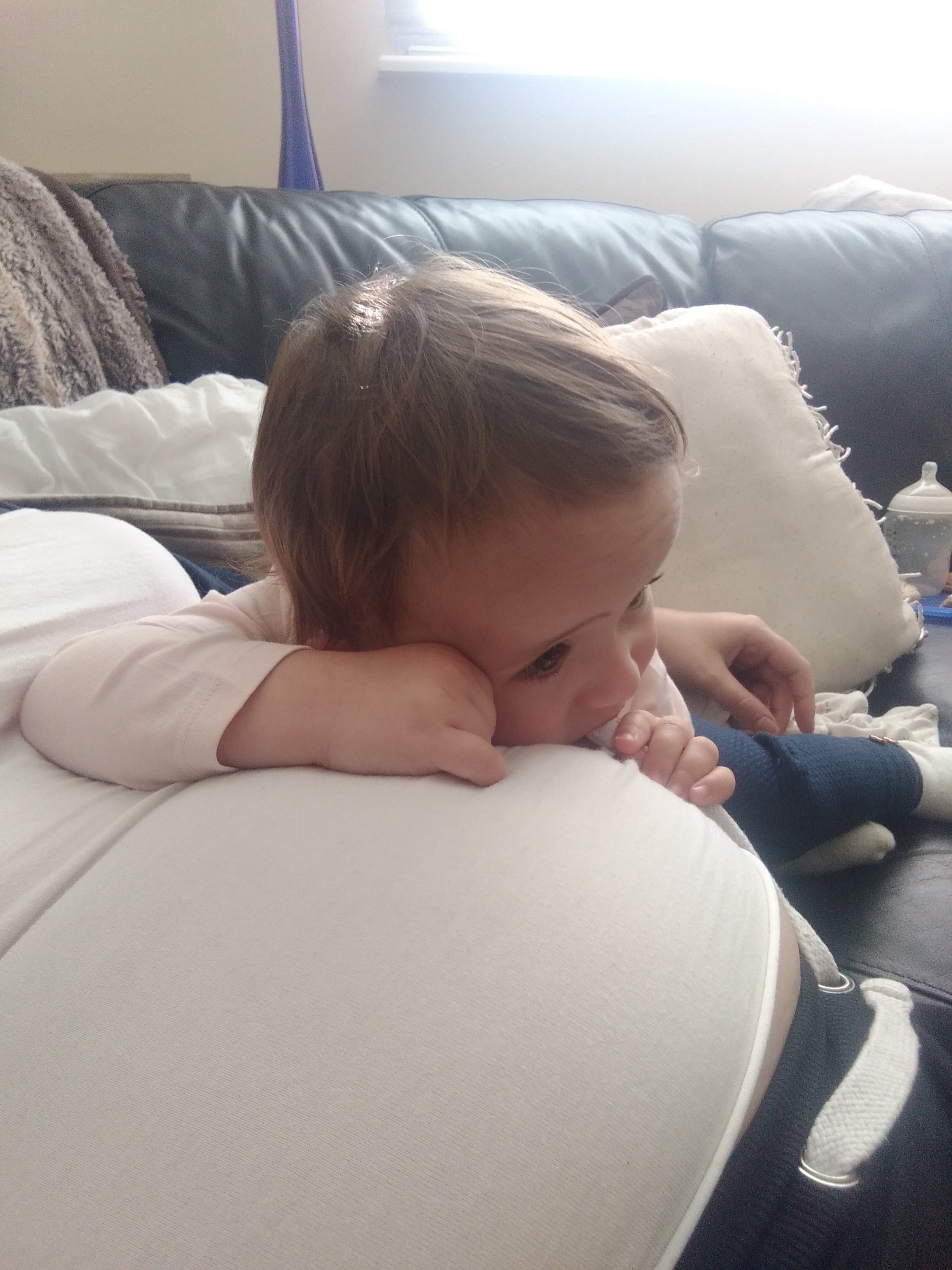