A new section of the Berlin Wall has been discovered in a park, it has emerged, as the city marks 57 years to the day since the border to West Berlin was closed overnight.

Locals stumbled upon a 66-foot section of the concrete barrier in a park in central Berlin in June before officials confirmed it was genuine in time for the anniversary.

The latest find almost 30 years after German reunification is the second such discovery this year, after a graffiti-covered stretch of the inner wall was revealed in January.

Soviet-backed East Germany closed the border on the night of August 13, 1961, barring its citizens from entering West Berlin, and leaving the city divided for 28 years. 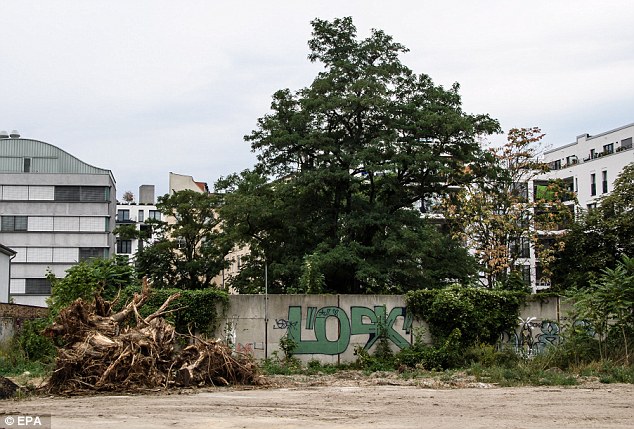 A newly-discovered section of the Berlin Wall which was found by locals on a neighbourhood walk in June, and confirmed by officials to be a genuine part of the former barrier

The newly-discovered part of the Wall initially baffled experts as it did not have the barrier’s distinctive curved top, Der Tagesspiegel reported.

But officials realised the concrete stretch was part of an outer section of the Wall, a part of the extensive security arrangements which guarded the border.

Walkers in the area stumbled upon the part of the Wall, near the former Chausseestraße border crossing, as they tried to get round a fence in the park.

A local SPD politician said he was ‘totally surprised’ that there were still undiscovered parts of the Wall in existence.

A service was held on Monday at the Berlin Wall Memorial to remember those who died attempting to cross to the West.

The exact number of victims is unclear but the memorial foundation estimates that at least 140 people were killed as they tried to go over the border. 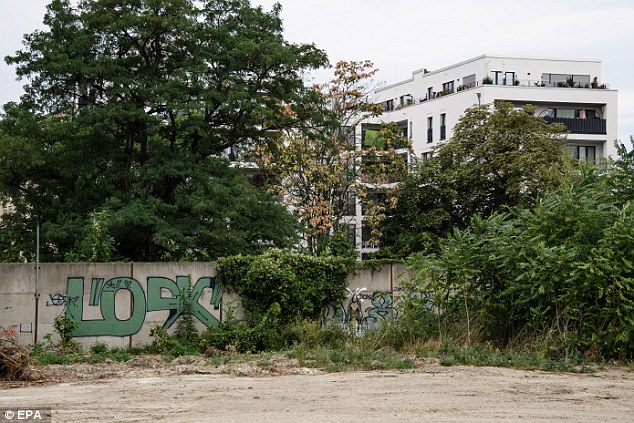 One of them, Winfried Freudenberg, died in March 1989 as he tried to escape in a balloon, just eight months before the border was opened.

The ruling party in East Germany closed the border without warning in an attempt to stem the flow of people fleeing the country for the economically thriving West during the 1950s and early 1960s.

On the night of August 13 soldiers shut the border, initially blocking the way with barbed wire before beginning the construction of the permanent Wall, officially termed the ‘Anti-Fascist Protection Rampart’. 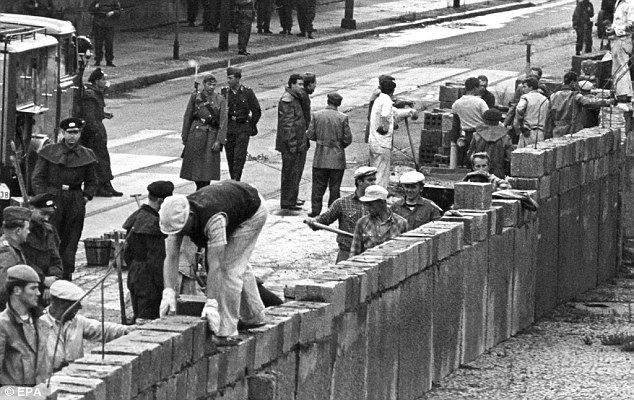 East German workers begin construction on the Berlin Wall after the border was closed in August 1961, leaving the city divided for 28 years until the Wall came down in late 1989 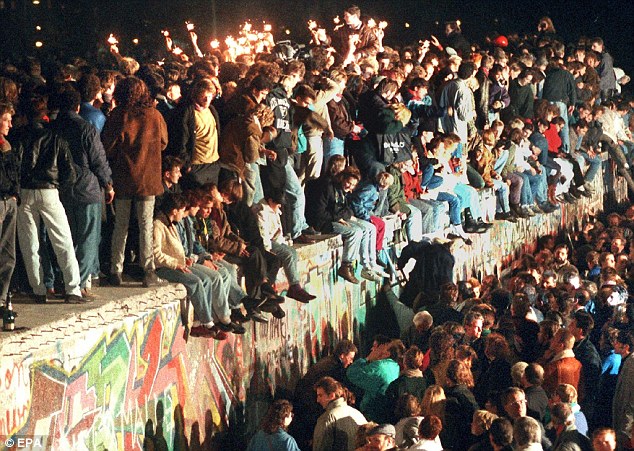 The Wall encircled West Berlin, an outpost of the NATO-aligned Federal Republic of Germany buried deep within East Germany. It was separate to the border between the two German states.

The border was not opened again until November 1989, when an official at a clumsy East German press conference suggested that travel to the West would be permitted, sending crowds of people thronging to the border crossings.

With no clear instructions from the East German or Soviet leadership, border guards opened the crossing and let the crowds stream through to the West.

The Wall was gradually torn down over the following months, leading up to full German reunification in 1990, although some sections have been preserved.

On February 5 this year the city celebrated as the Wall had been gone for longer than the 28 years (10,315 days) for which it had divided the city.

In January history enthusiast Christian Bormann revealed he had found a 262-foot section of the Wall, Deutsche Welle reported.

He said he had first found it in 1999 but informed authorities after noticing that the section of Wall had been damaged by storms.