New husband of lottery winner who ended her previous marriage 15 months after £148million Euromillions haul ‘is a convicted conman who stole £13,000 from Tesco’ 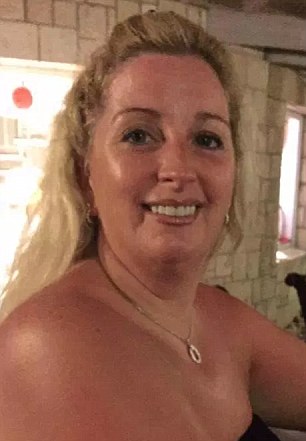 Gillian Bayford (pictured), 46, tied the knot in Fife with Brian Deans, 37, who was reportedly jailed for stealing thousands from Tesco

The ex-wife of a lottery winner who broke up with her husband just 15 months after their £148million Euromillions haul has married a convicted conman, it has emerged.

Gillian Bayford, 46, tied the knot in Fife last weekend with Brian Deans, 37, who was reportedly jailed for six months for swindling Tesco out of more than £13,500.

The mother-of-two said she had ‘known from the very beginning’ about her groom’s criminal past and said it ‘doesn’t bother’ her.

Mr Deans, who now works as a property renovator, told her the truth as soon as they began dating, The Sun reported.

But they split only 15 months later, blaming the stress of handling their newfound wealth for the end of their nine-year marriage.

Ms Bayford, who has now taken her new husband’s surname, said: ‘I’ve known from the very beginning and it doesn’t bother me. Everyone has a past but you can’t live in the past. You’ve got to move on.

‘It was six years ago and he’s been punished for being silly. He can’t be made to suffer for ever.’

Mr Deans was apparently jailed six years ago after he was found guilty of using fake customer refunds to steal thousands from Tesco.

His new wife said her children liked Mr Deans and said they had been friends for two years before they started dating.

The former Mrs Bayford, originally from Carnoustie, split with husband Adrian in late 2013, leaving behind their £6million Georgian mansion they had bought with the winnings.

She was then engaged to car dealer Alan Warnock before they broke up last year. 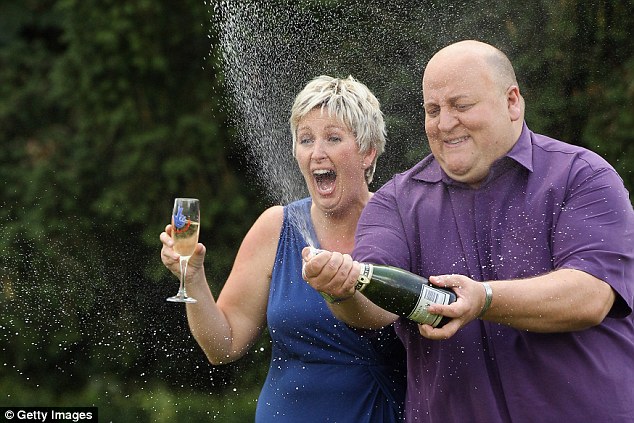