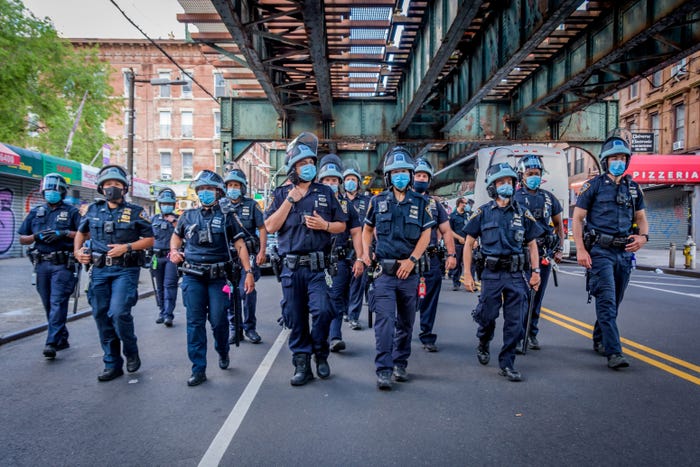 Cities across the US are starting to rethink who should be responsible for responding to mental health crises.

On Tuesday, the City of New York announced a pilot program to launch next year that will send teams of mental health experts to respond to 911 calls related to psychological and substance-related issues in lieu of armed police officers.

"One in five New Yorkers struggle with a mental health condition. Now, more than ever, we must do everything we can to reach those people before crisis strikes," Mayor Bill de Blasio said in a written statement. "For the first time in our city's history, health responders will be the default responders for a person in crisis, making sure those struggling with mental illness receive the help they need."

The effort comes on the heels of global protests demanding an end to racism and police brutality. The unrest comes as a response to the police killing of Black people, several of whom were experiencing mental health issues at the time of their death.

In fact, about 25% of people shot by police are experiencing some form of mental health crisis, Dennis Kenney, a former officer and current professor at John Jay College of Criminal Justice, recently told Insider.

In New York City, the NYPD and fire department EMTs respond to almost all of the mental health-related 911 calls, regardless of how serious, whether there is a threat of violence, or whether a crime had been committed, according to a statement from the mayor's office.

The new pilot program, which will go into effect in February, will instead feature mental health teams of experts trained by city hospitals to respond to behavioral health problems. This could include suicide attempts, substance use, serious mental or physical illness, and other issues.

If there is a threat of violence or weapon involved in the mental health emergency, NYPD officers will respond with the behavioral health experts, the city said. Over 65% of NYPD patrol staff have also been trained in Crisis Intervention Team training, the city said in its release.

The goal of the pilot program is to deescalate situations involving behavioral health and getting people the treatment they need.

"Emergencies are not all the same and the skills needed to respond vary as well," Health Commissioner Dr. Dave A. Chokshi said in a written statement. "Expanding the role of mental health in emergency services means that people with urgent behavioral health needs can quickly get appropriate and effective help from trained health professionals."

New York's pilot program is inspired by a similar effort in Eugene, Oregon, which has been praised as a national success for its handling of mental health crisis calls.

There, CAHOOTS (Crisis Assistance Helping Out On The Streets), a mobile crisis intervention unit, responds to 911 calls related social service-related issues. The program diverts between 5% and 8% of all 911 calls away from the police department, according to the city of Eugene.

If the behavioral health experts arrive on scene and believe that law enforcement are better suited to handle the emergency, they will call officers.

Kenney, who teaches classes at John Jay to NYPD officers looking to advance their education, told Insider that most cops know they are not the best suited to be handling issues related to mental health or substance use disorder.