A 28-year-old New Zealand man who murdered a British backpacker has been sentenced to life imprisonment with a non-parole period of 17 years by an Auckland court.

Grace Millane died on the eve of her 22nd birthday on December 1, 2018 after meeting a man through Tinder, going out for drinks with him, and then returning to his hotel apartment in central Auckland. 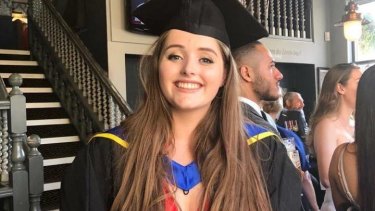 After she died, the man stuffed Millane's body into a suitcase, drove to the Waitakere Ranges forest and buried her in a shallow grave, where police found her body a week later.

The court also heard that the accused took intimate photos of the victim after her death and went on another date arranged on Tinder the following day.

Millane had been travelling through New Zealand as part of a planned year-long trip abroad after graduating from university.

"I am absolutely heartbroken that you have taken my daughter's future and robbed me of so many more memories that we were going to create," her mother said.

The man was convicted for the murder by a jury on November 22 last year and was sentenced on Friday. 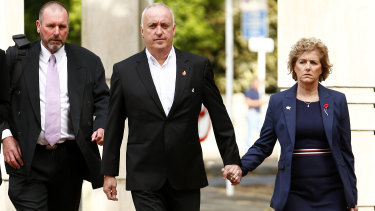 Justice Simon Moore said in court that the biggest decision in sentencing the killer was settling on the minimum number of years he must spend in jail without chance of release.

"In your case, life imprisonment must be imposed," he told Grace's killer.

"But what I must determine is the length of the non-parole period of this sentence.

Following the formal reading of his sentence, Grace's killer was immediately escorted from the courtroom by two security guards.

He did not appear emotional to those present in the courtroom.

Crown prosecutor Brian Dickey told reporters outside the court, the sentence was "what he'd asked for" and he was happy with the result.

He said he had spoken to Grace's family on the phone and they "seemed happy” with the sentence.

"Today marks an end to the long and difficult time for the Millane family," he said. 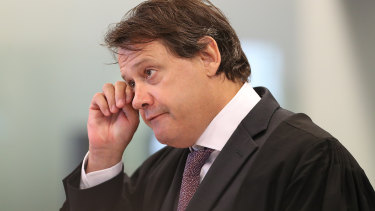 "Even though their lives had been changed forever, with help from family and friends they can finally move on with their lives."

Beard thanked the NZ Police who had worked hard over the investigation, and the New Zealand public.

"This sentence is a reflection on the gravity that the murder has had on the people of New Zealand and in the United Kingdom," he said. 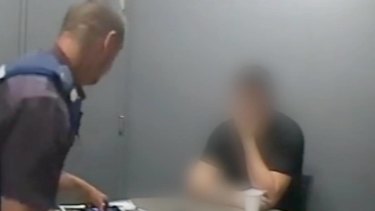 The man who killed Grace, whose identity has been suppressed, being interviewed by police.

He said he hoped it would give some comfort to Grace's family and friends as they come to terms with the "senseless killing".

"I've spoken to the family, they are pleased with the sentence but they won't get Grace back," he said. "No matter what the outcome was today, they will forever have a life sentence."