Nintendo is bringing back its retro handheld Game & Watch device from the 1980s – but this time with a rechargeable battery and three games – including Super Mario Bros.

Nintendo is to bring back its handheld game console from 1980 – Game & Watch.

The Japanese gaming company made the announcement Thursday about the re-release of the product which caused a sensation when it first came out 40 years ago.

The device was made for 11 years until 1991 but each device could only play a single game. 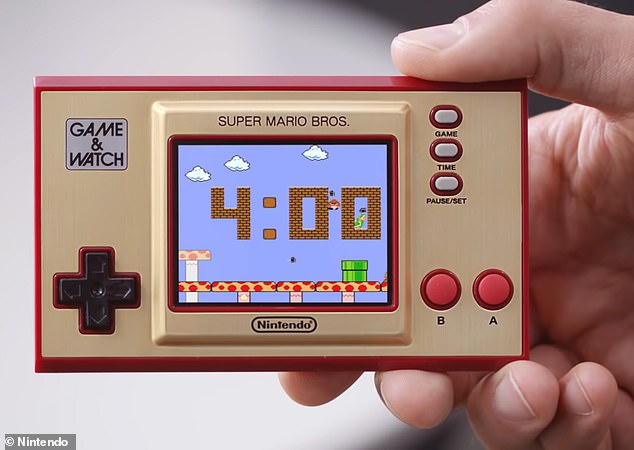 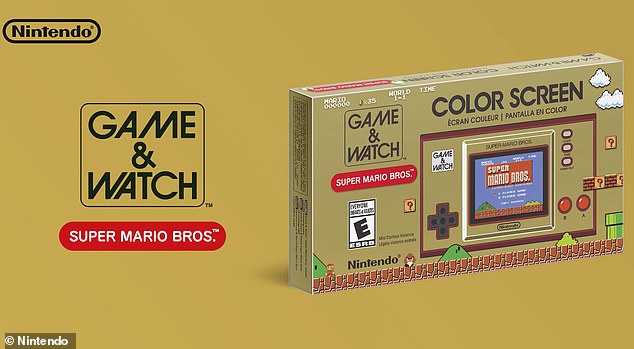 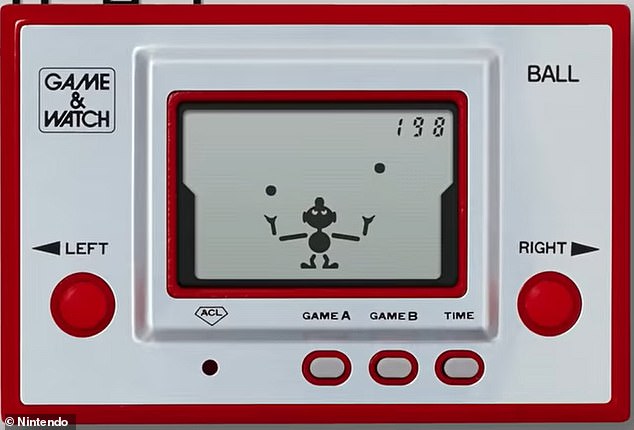 The original Game & Watch was first introduced in 1980, pictured, and produced until 1991

It resulted in a series of 59 black & white games until the Nintendo Game Boy took over.

The new Game & Watch, however, will look very similar to the original and its style is based on the 1980s version, only this time it will have a color LCD screen along with a rechargeable battery and USB connection.

Just like the original Game & Watch device, the new one also becomes an alarm clock at the touch of a button. 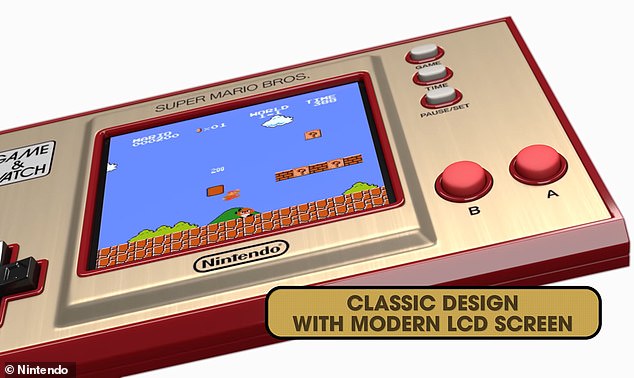 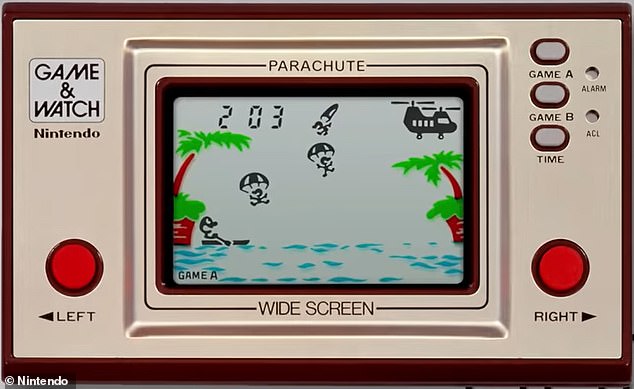 This is how the Game & Watch looked in 1981. All the games were in black and white back then 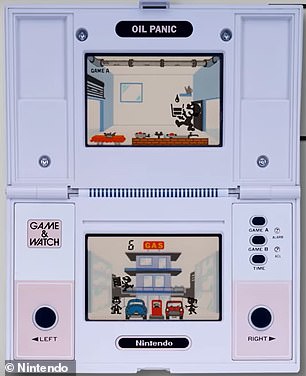 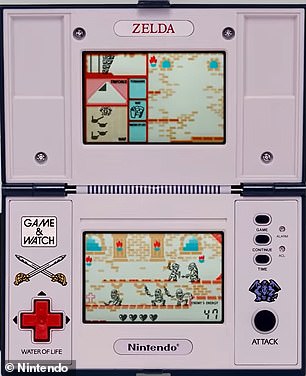 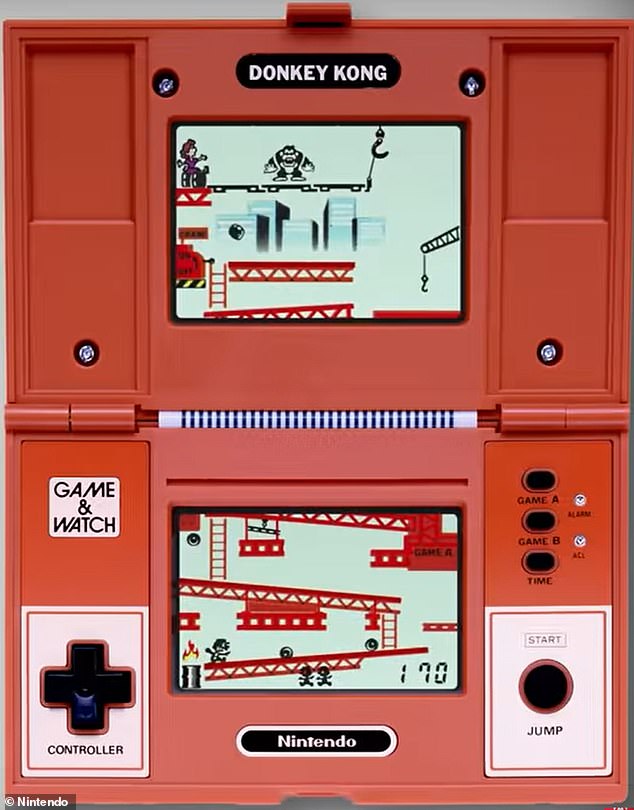 The pocket sized gaming system was the first to feature a + directional pad and brought handheld gaming to the fore.

After the success of the device in the early 1980s, Nintendo went on to release the popular Nintendo Entertainment System in 1985 and Game Boy in 1989.

It’s not the first time the company has re-released a console. In recent years it has brought out classic versions of its NES and Super Nintendo along with original games and controllers.

The 40th anniversary edition of the Game & Watch will go on sale November 13 and priced at $49 reports CNET. 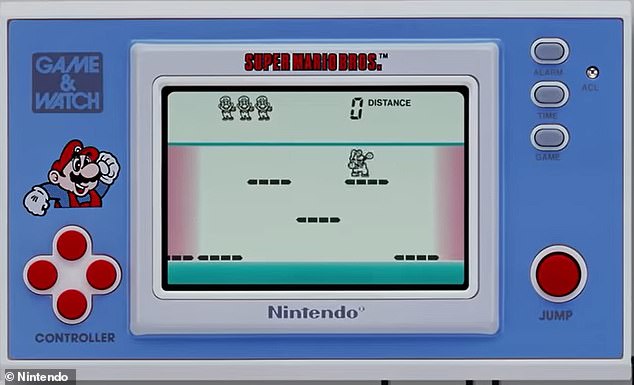 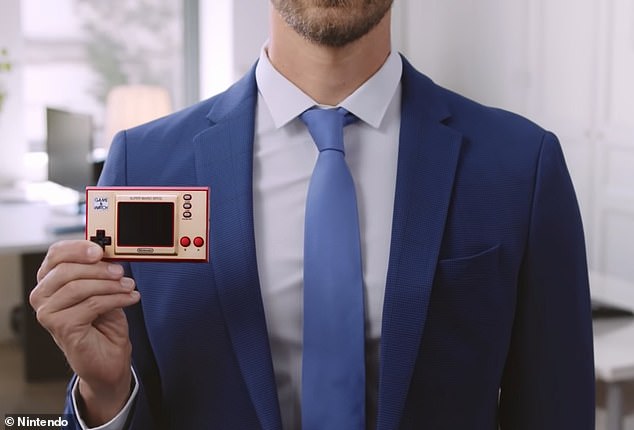 The pocket sized gaming system was the first to feature a + directional pad and brought handheld gaming to the fore. The new 2020 version is pictured here