North Koreans have been pictured wearing military outfits near the Chinese border as they scaled the Mount Paektu volcano.

Soldiers and railway workers were among the hermit kingdom’s subjects visiting the mountain on Saturday.

Workers were pictured marching and taking group photos while guides prepared to show Chinese tourists around.

Last year it was claimed that North Korean leader Kim Jong-Un had visited the mountain, a move which is said to precede important decisions. 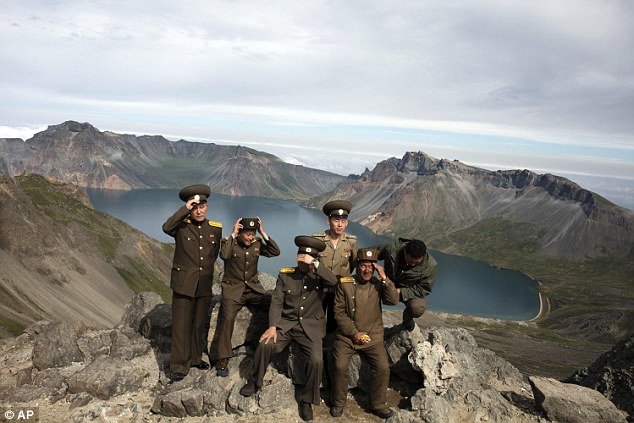 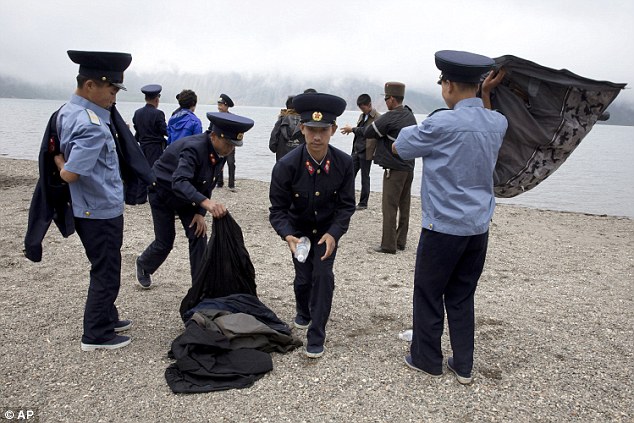 In November 2013, the despot visited the mountain with his aides a month before he executed top officials including Jang Song-thaek, his uncle and political guardian.

He had also made a pilgrimage after North Korea’s fifth nuclear test in September 2016.

Mount Paektu has taken on a mythological status, with North Korean history even being rewritten to claim Kim’s father – dictator Kim Jong-il – was born on the mountainside.

It is reputedly the birthplace of the earliest Korean leader ever recorded, Dangun, who according to legend founded the early kingdom of Gojoseon in 2333BC.

The mountain is believed to be the site of the deadliest volcano eruption in history and there are fears it may erupt again as a result of North Korea’s nuclear weapons testing. 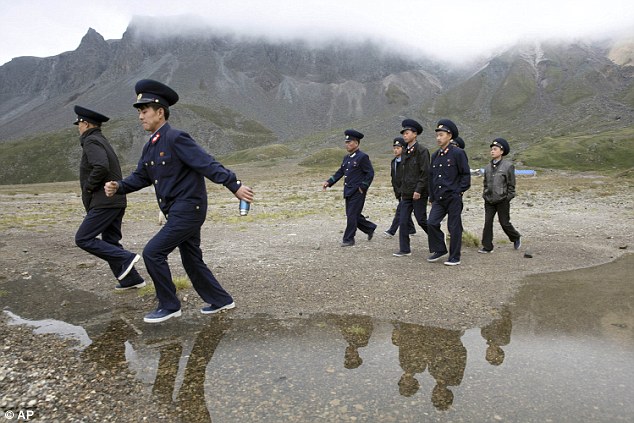 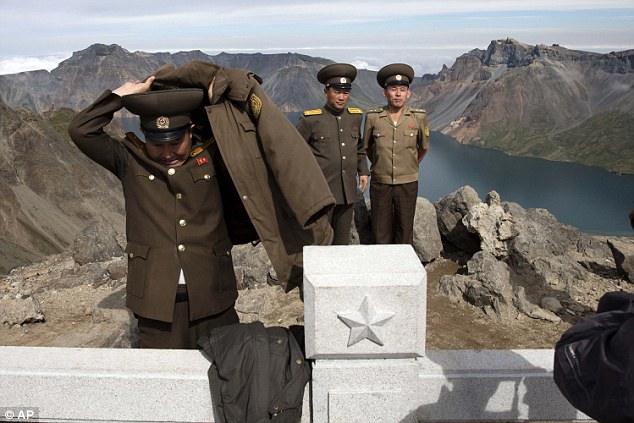 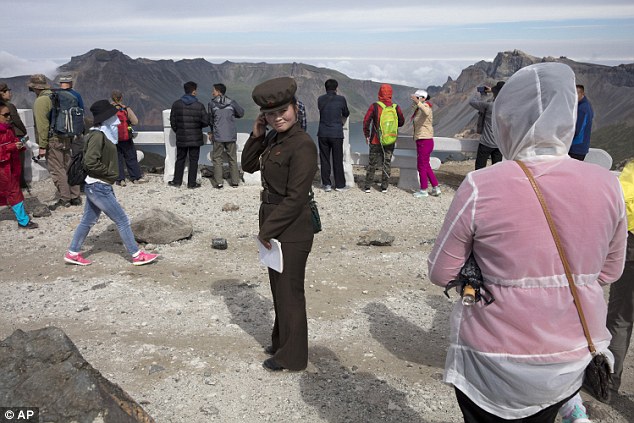 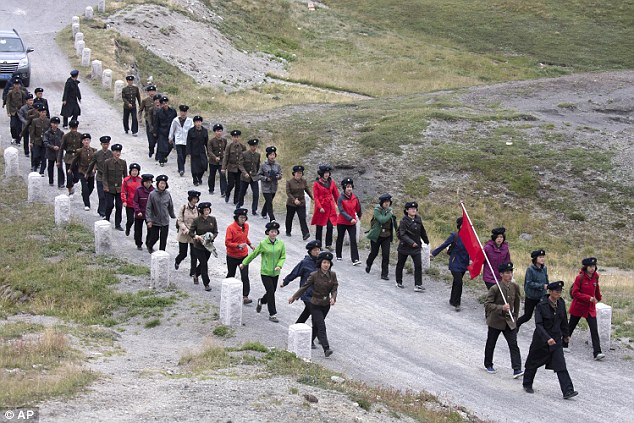 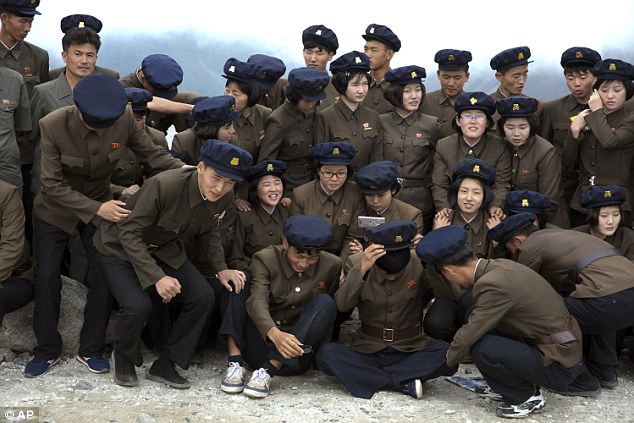 A thousand years ago it exploded so violently that ash fell as far away as northern Japan.

It came as dozens of elderly and frail South Koreans set off for North Korea Monday to meet relatives for the first time since they were separated nearly seven decades ago by a war that divided the peninsula and their families.

Millions of people were swept apart by the 1950-53 Korean War, which finished with the peninsula split by the impenetrable Demilitarized Zone.

Since 2000 the two nations have held 20 rounds of reunions but time is running out for many ageing family members.

Families at previous reunions have often found it a bitter-sweet experience. Some complained about the short time they were allowed to spend together.

Others lamented the ideological gap between them after decades spent apart. 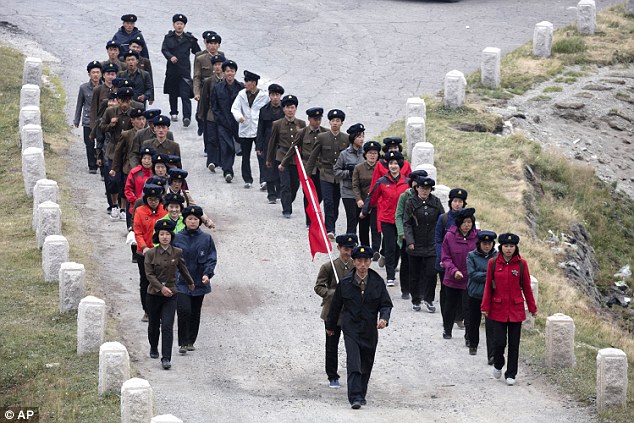 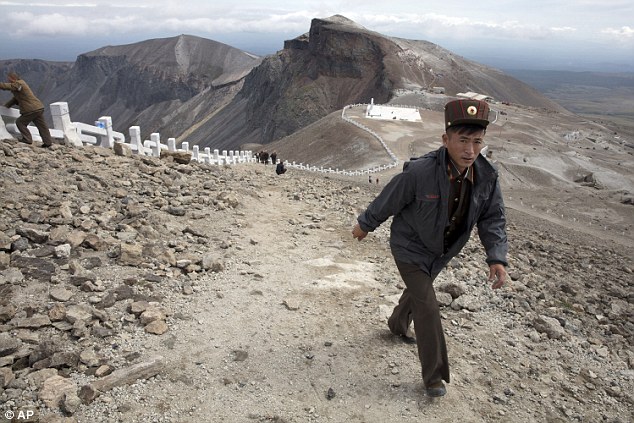 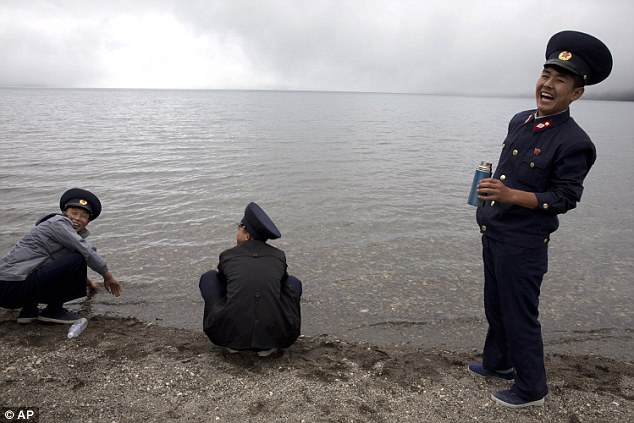