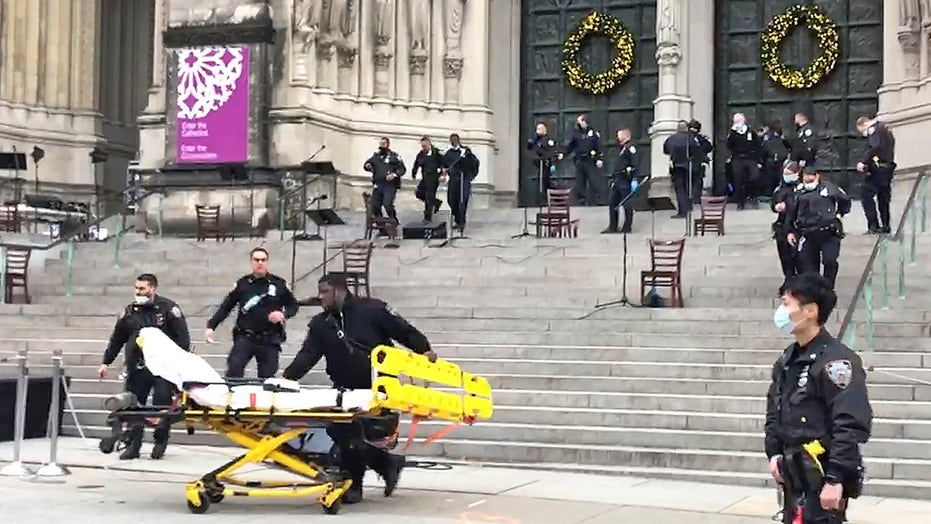 The gunman who opened fire during a Christmas concert at a landmark New York City cathedral has been identified by local media reports as a 52-year-old Bronx man with a criminal history that allegedly includes a murder attempt.

The gunman, identified by the New York Post as Luis Velazquez, was fatally shot by police on the steps of the Cathedral of St. John the Divine, mother church of the Episcopal Diocese of New York, shortly before 4 p.m. Sunday in the Morningside Heights section of Manhattan. Police would not immediately confirm the shooter’s identity to Fox News.

Velazquez has a criminal history that includes an attempted murder charge from 1990 in the Upper West Side, and two other charges from 1989, for assault and drugs, law enforcement sources told the Post. More recently, he was reportedly nabbed for fare-beating in 2007 and marijuana possession in 2012. The outlet reported some of the charges have since been sealed.

On Sunday, a 45-minute concert held on the cathedral steps had just concluded and a crowd of several hundred people was drifting away when the gunman started shooting, sending people running down Amsterdam Avenue screaming and diving to the sidewalk.

A detective, a sergeant and a police officer who were at the event fired 15 rounds, killing the man, said New York Police Commissioner Dermot Shea. 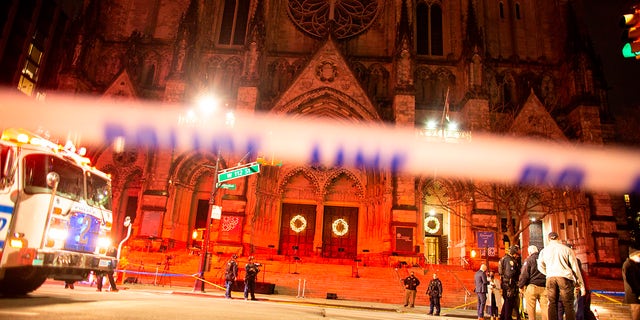 Police are seen outside of the Cathedral of St. John the Divine in New York on December 13, 2020, after a shooter opened fire outside the church. (Photo by Kena Betancur / AFP)

“It is by the grace of God,” he said Sunday night, that no one besides the gunman was struck.

The gunman was dressed in black with his face obscured by a white baseball cap and a face mask. He held a silver pistol in one hand and a black one in the other as he stepped from behind a stone column at the top of the staircase.

A video posted on social media by one bystander, different from the footage shared above, showed officers crouched behind trash cans yelling “drop the gun!” and firing carefully aimed shots at the man for at least a minute and half as he darted in and out from behind a pillar.

Some terrified civilians lay prone at the bottom of the steps, clutching each other during the gunfire. Others cowered behind a lamp post. They ran for safety after the gunman was felled by an officer's shot.

Velazquez was carrying a backpack containing a can of gasoline, rope, wire, tape, knives and a well-worn Bible, Shea said. No one other than Velazquez was injured.