The NYPD’s highest-ranking uniformed cop exploded in anger during a CompStat meeting Thursday, telling police brass: “We can’t be afraid of doing what we do!” video obtained by The Post shows.

Chief of Department Terence Monahan erupted when a deputy told him that cops were worried about a controversial new city law that in part makes it a crime to kneel on a suspect’s chest or back while making an arrest.

“They’re concerned about [taking] a bag of crack off the right person, the right dealer, and their knee accidentally — unintentionally — going on their back,” said Deputy Chief Brian McGee, commanding officer of the Manhattan North detective bureau.

Monahan, who was injured while exchanging blows with an anti-cop protester last week, interrupted McGee before could he finish.

“You know what? I wasn’t afraid when I was fighting the guy on the Brooklyn Bridge,” Monahan thundered.

Monahan began asking, “Do you know what happens —” when crosstalk briefly drowned out his words during the meeting at 1 Police Plaza.

“What happens to afraid cops is, they end up dead. And that’s what happens,” Monahan continued. 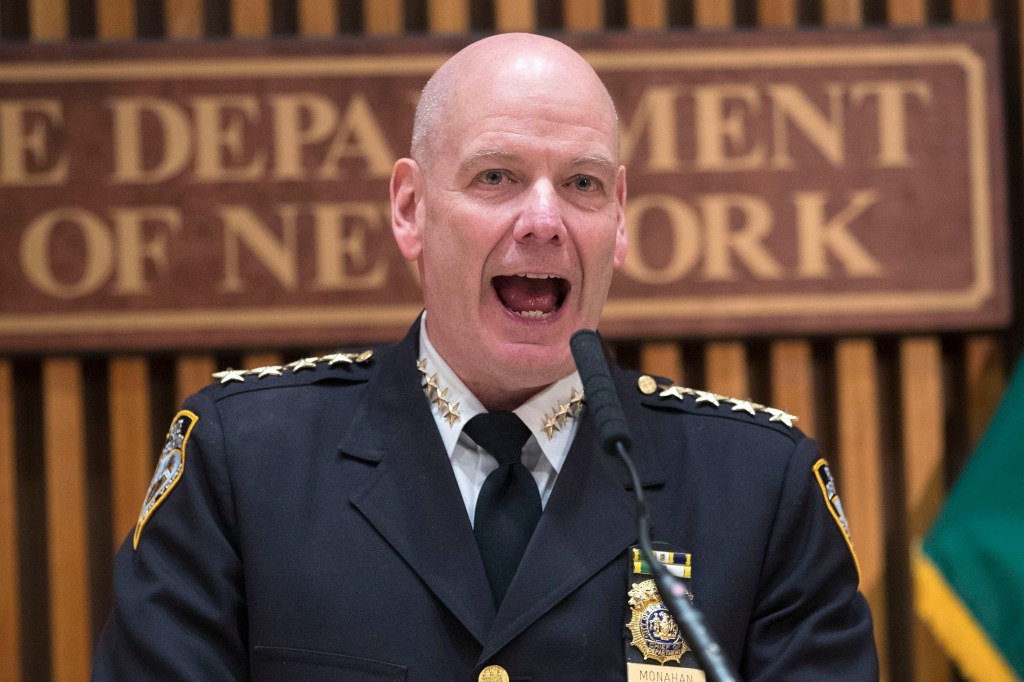 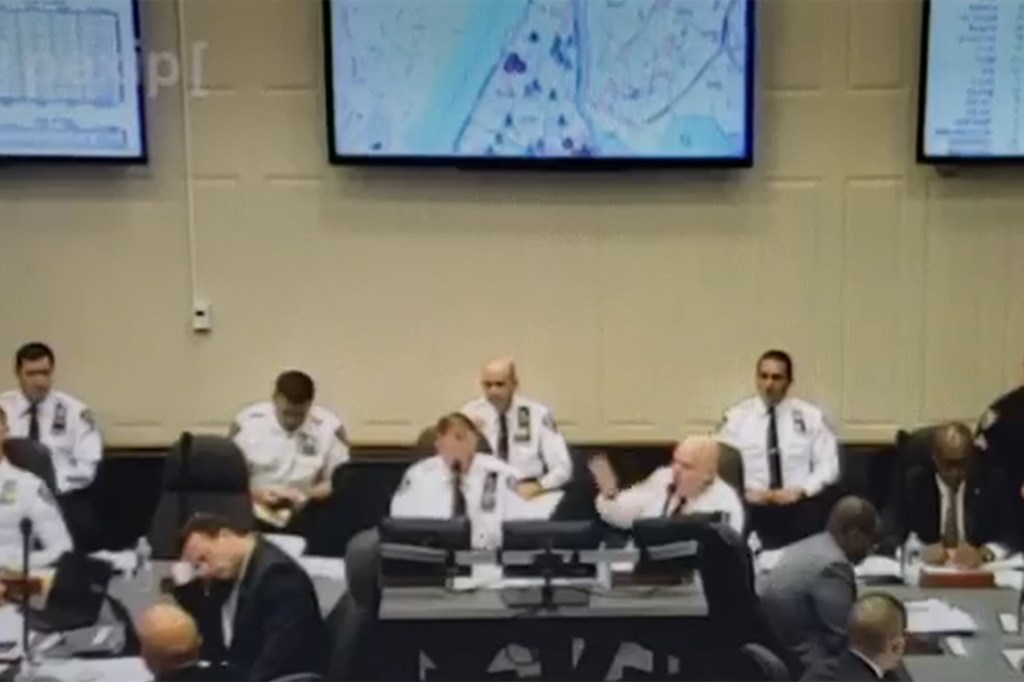