In early 1981 one of pop music’s greatest crimes was committed.

Vienna – Ultravox’s moody masterpiece – was denied the top spot in the UK pop charts, a pinnacle it richly deserved. For three weeks it sat at No. 2. At No. 1 was Melbourne comedian Joe Dolce’s musical atrocity Shaddap You Face.

That crime has now been avenged.

Vienna – the city – has finally seized first place on the Economist Intelligence Unit’s list of most liveable cities. Every year since 2011 it was No. 2 to Melbourne’s No. 1 on the list.

Victory at last (unless you consult the Mercer quality of living index, which has had Vienna in first place for the last nine years).

If this means nothing to you, let’s ask the locals.

We posed the question: Vienna – vibrant, welcoming cultural jewel in the heart of Europe, or soulless tourist trap for neo-fascists sipping coffee with whipped cream in nude saunas?

Stephen Cooper, 44, grew up in Melbourne but lived in Vienna for seven years, leaving last year.

He loved the place: the high-density city lifestyle, beautiful 19th century apartment buildings on streets with restaurants and cool cafes and bars (once you’re out of the tourist-jammed centre); the incredibly efficient public transport, unlimited use all for the price of one euro a day, taken automatically from your bank account; the summer concerts in front of the town hall, the international food festival.

They serve beer outdoors in glasses, he says. Glasses. Nobody smashes them. Nice Austrians come and collect them once you’re done.

“You can’t have that in Australia,” he says.

OK, “you get sick of schnitzel after a while,” Cooper says. “It’s pork, pork and more pork. Lots of sausages. Strudel on every menu.”

Too many dogs poo on the streets, and smoking is allowed in restaurants – “as a non-smoker it sucks”. In the winter it gets dark at 4pm and the mercury drops below freezing for up to a month – Melbourne weather “kicks Vienna’s arse”.

Everything is closed on Sundays. The Coopers would literally drive to Slovakia to do the Sunday shopping.

But on the other side of the scale, as the father of young children Cooper discovered that daycare from age 1 onwards is essentially free – you pay the cost of food, say €60 ($94) a month. Tell that to a Melbourne family. Feel the envy.

Oh, and you can catch a tram up to centuries-old vineyards, sample “cheap as hell” young wine and soak in the stunning views.

Professional soprano Anna-Louise Cole has also lived in both cities. She loves both.

“There’s this Austrian word called Gemütlichkeit which you can’t really translate,” she says. “It kind of means comfortable, but also hospitable, easy to live in.” 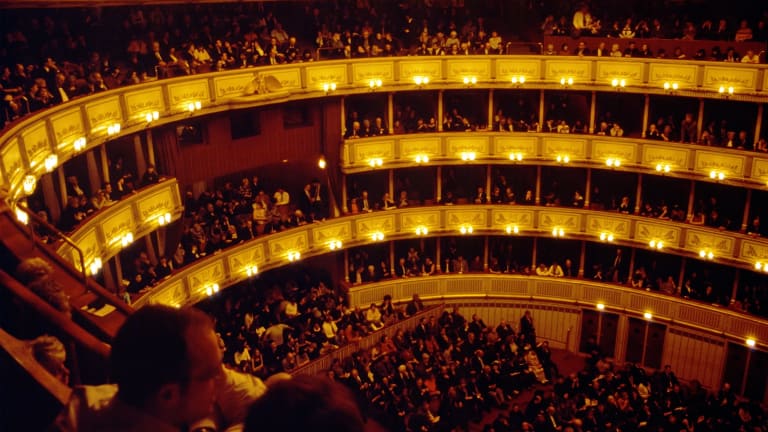 As an opera singer, of course she rates the opera, classical music, ballet and galleries in Vienna among the best in the world, though she also loves Melbourne’s sporting culture and bigger festival program, including the comedy festival.

Viennese health insurance is compulsory and very expensive. Melbourne’s restaurants win by comparison, and Vienna’s winter is “long, very dark and quite miserable”, she says – one year the Danube froze over. You have to take vitamin D to ward off seasonal depression.

Cole also found some Viennese “closed and rude… and privately quite racist”.

Jerome Segal disagrees – he found the Viennese “quite welcoming”. He has a different perspective – a 47 year-old French-Austrian, he compares Vienna with Paris. He loves the way the woods and the vineyards surround the city so closely, he loves its feeling of safety and efficiency, the abundance of highbrow and lowbrow culture, from Mozart and Bach to underground Turkish or Serbian bands. 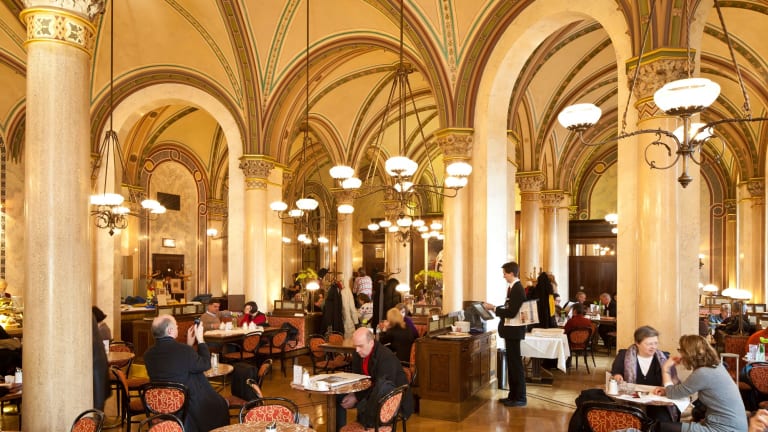 Though Austria has a reputation for right-wing conservatism, even extremism, Segal says that’s the rest of the country – not Vienna, which has a “big tradition of leftists” and a proud history of successful, integrated social housing. He points to the multilingual signs in public baths, including in Turkish, as proof of the city’s openness.

Theresia Hofer is Austrian – she lived and studied in Vienna, though she’s currently working as an academic in Oxford, she goes back often and is tempted to return.

She loves the city’s beautiful architecture, old and new, and she’s proud of its history of successful social projects.

“Strolling around the old city is still always a complete joy, day or night,” she says. “I never ever would have been worried about going or cycling somewhere in the inner city on my own. And I never experienced any crime in the city streets or flats.”

Under snow it looks glorious, and in summer you can swim outdoors “and the mountains are never far away”.

“Also I think there is something attractive about the location at the very heart of Europe – taking a night train and arriving in Venice or Zurich or Paris, the next morning,” Hofer says.

But she could go on. Ah, Viennaaaaaah…