An internal investigation found that two Ohio police officers who dragged a paraplegic man out of his car and held him on the ground did nothing wrong during the September encounter.

The only repercussion for officers Vincent Carter and Wayne Hammock of the Dayton Police Department was a training memo, according to the report released Wednesday.

Carter and Hammock pulled over Clifford Owensby, a 39-year-old Black man, on Sept. 30. They suspected him of transporting drugs, claiming that his car had been outside a “drug complaint residence” for a “long period of time.” No drugs were ever found in the vehicle.

The traffic stop went smoothly until the cops asked Owensby to get out of the car.

“I can’t step out the car sir. I’m a paraplegic,” Owensby told the officers. Hammock offered to help Owensby out of the car. The officers wanted Owensby to exit the car so a police dog could sniff for drugs.

Hammock offered to help Owensby out of the car, but Owensby turned down the offer. “You’re not gonna touch me. You definitely not about to touch me,” he said.

But Hammock and Carter insisted, grabbing Owensby by his dreadlocks and his arm and hauling him out of the car and onto the pavement. 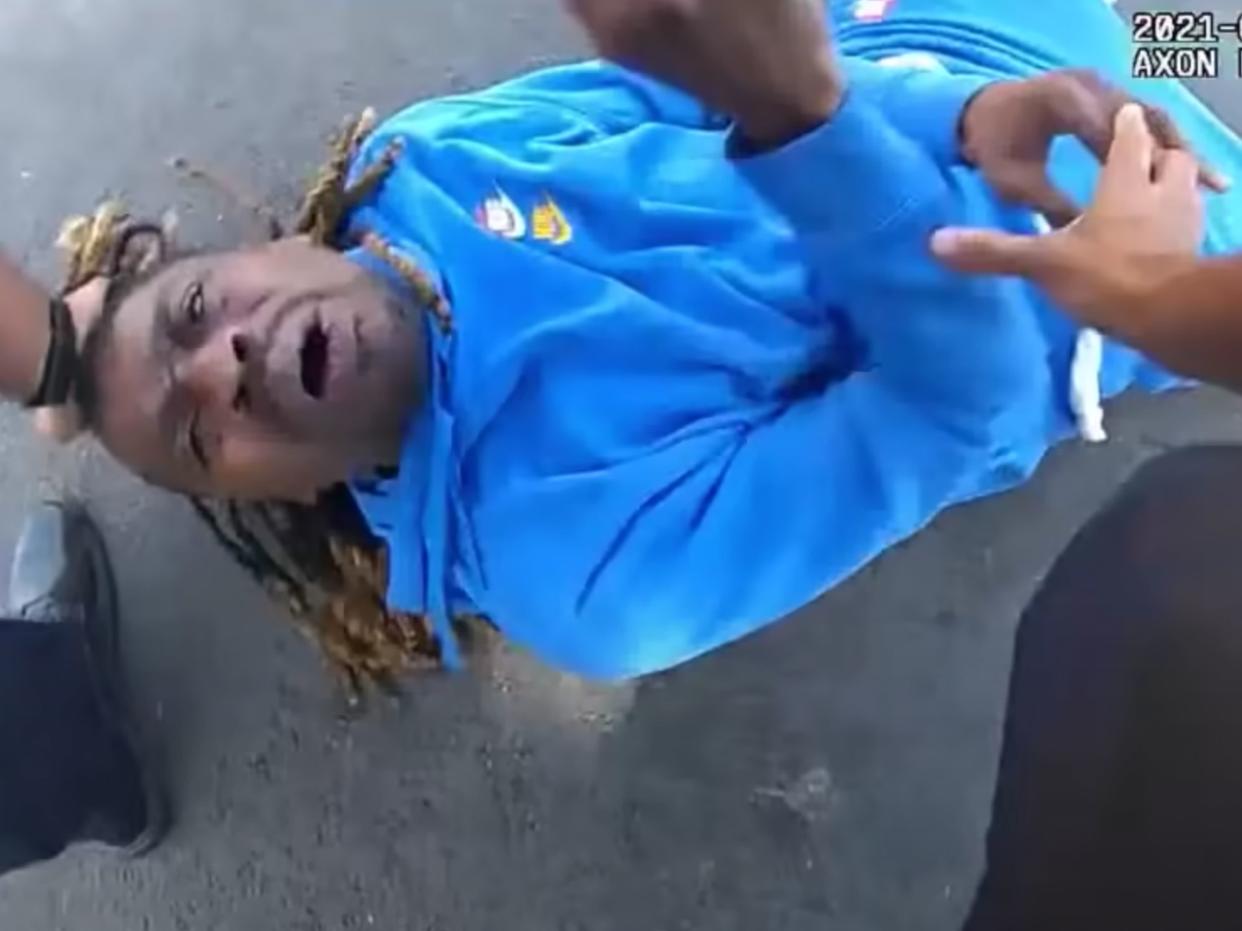 “I was at fear of my life and I held on to the steering wheel with the tightest grip that I could because I know that being pulled out of a vehicle while being paraplegic could cause injuries,” Owensby said in a written statement to the internal investigators, Dayton police’s Professional Standards Bureau.

But the investigators turned that statement against Owensby, saying that it proved he was resisting the officers’ efforts to remove him from the car and therefore justified their use of force. “The force used was in direct response to this resistance,” reads the report.

The investigation cleared Hammock and Carter of all serious accusations. The training memo was a consequence of an offhand comment from Hammock (“Carter, why’d you beat that poor man up?”) and the officers’ decision to mute their body-cameras after the comment.

Owensby has filed a federal lawsuit against Hammock, Carter and the city of Dayton, according to the Dayton Daily News. It accuses the officers of excessive force, unlawful arrest and failing to make proper accommodations for his disability.

“Justice will prevail in this case,” Dayton NAACP President Derrick Foward said, according to the Dayton newspaper.

On the day of the incident, Owensby was taken to jail but not booked. He was cited for tinted windows and for having a 3-year-old child in the vehicle without a car seat. Investigators said that during the trip to jail, authorities helped Owensby in and out of vehicles with no issue, “a significant difference” from the initial confrontation.