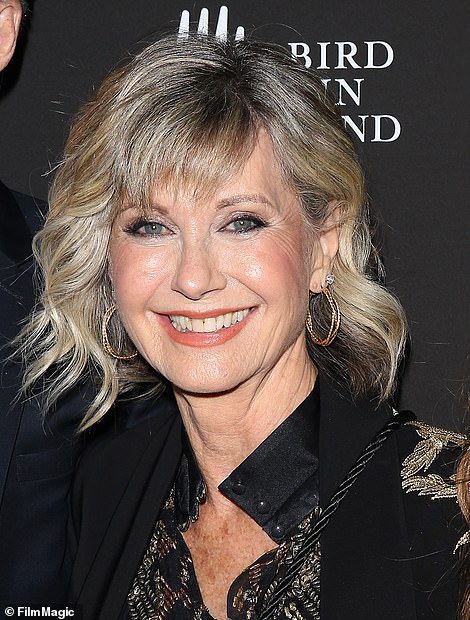 Newton-John has died after a long battle with cancer, her family confirmed today

Olivia Newton-John has died at the age of 73 after a years-long battle with breast cancer.

The actress passed away peacefully at her home in Southern California this morning, surrounded by family and friends.

Her husband John Easterling announced her death on her Facebook page.

‘Dame Olivia Newton-John (73) passed away peacefully at her Ranch in Southern California this morning, surrounded by family and friends.

‘We ask that everyone please respect the family’s privacy during this very difficult time.

‘Olivia has been a symbol of triumphs and hope for over 30 years sharing her journey with breast cancer.

‘Her healing inspiration and pioneering experience with plant medicine continues with the Olivia Newton-John Foundation Fund, dedicated to researching plant medicine and cancer,’ he said.

The family asked for donations to be made to her cancer organization, the Olivia Newton-John Foundation Fund, instead of flowers.

She is survived by her 36-year-old daughter, Chloe Lattanzi, and siblings.

He did not confirm the cause of her death.

The actress famously beat breast cancer twice but was diagnosed again in 2017.