THE DoubleTree Hotel in the city of Olympia was evacuated as a 3-alarm blaze broke out at a building with flames reportedly soaring over 100ft into the air.

Fire officials responded to a building under construction near Washington Street and Olympia Avenue in Washington on Wednesday morning. 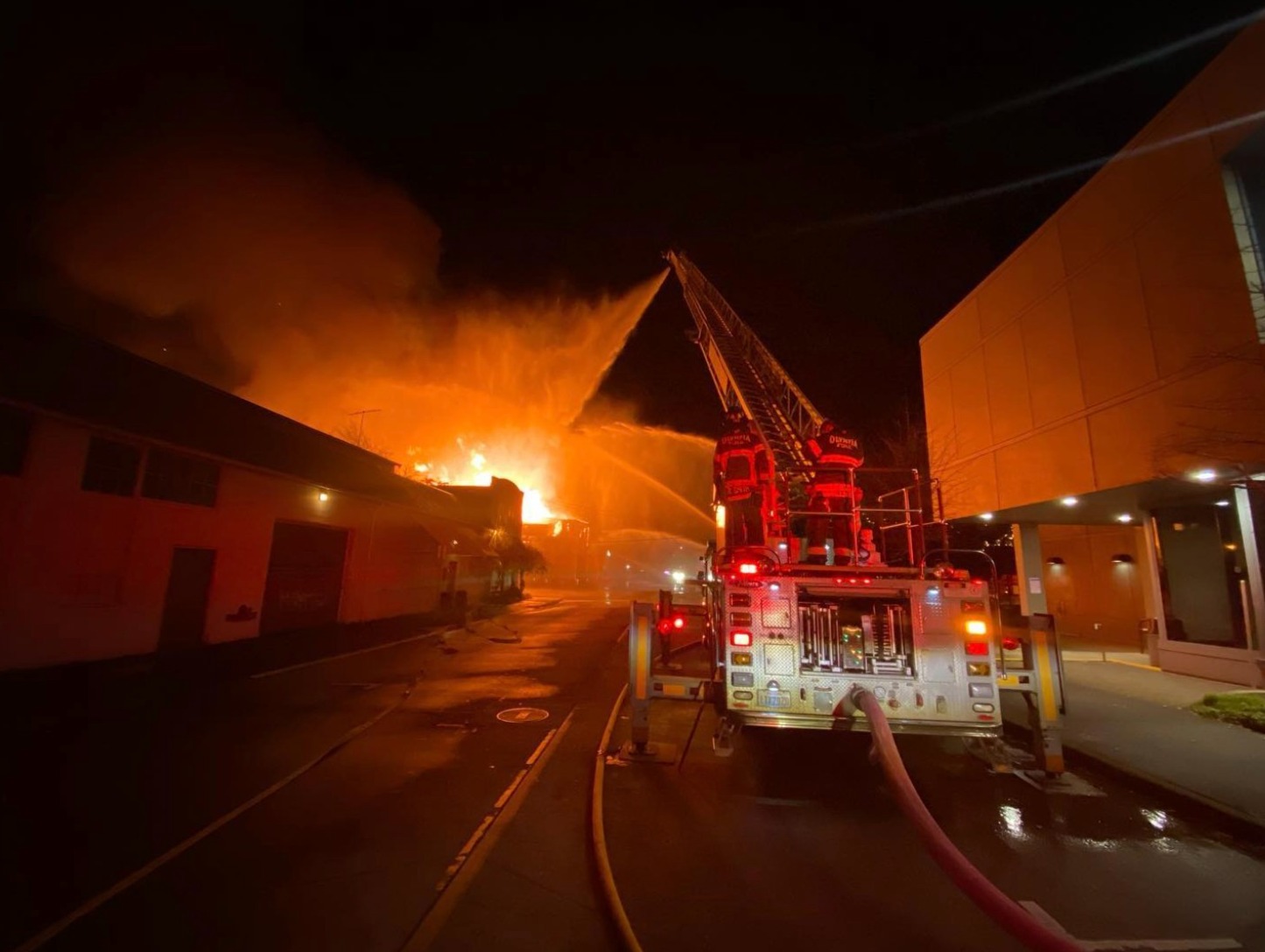 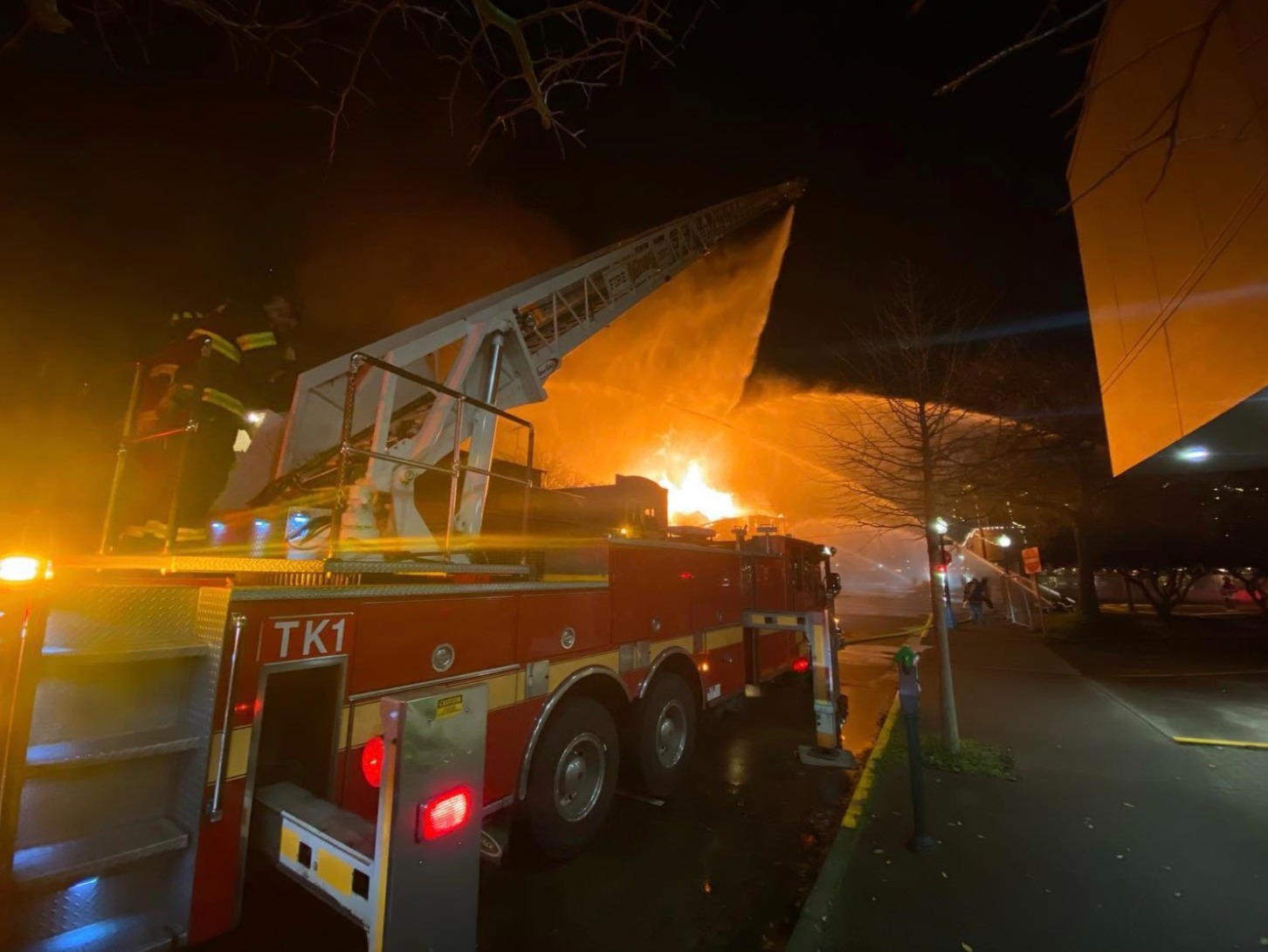 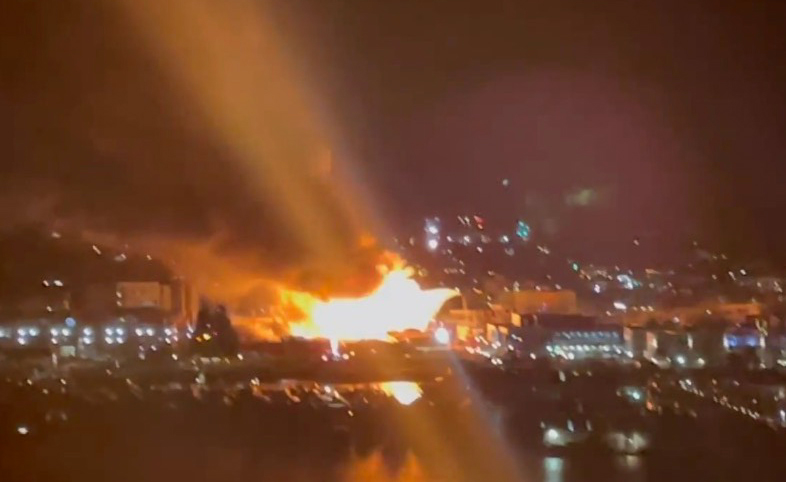 Multiple calls by The Sun to the Olympia Fire Department were not immediately returned.

Video from the scene showed fire officials battling the three-alarm blaze as the flames lit up the night sky.

Drivers can expect to see street closures in the area during the morning commute.

According to NPR, as of 6 am, firefighters appear to have brought the flames under control.

However, the main building that caught fire "collapsed and looked completely gutted."

The manager of a nearby hotel told Fox 13 that residents were briefly evacuated before 5am but were able to go back into the building.

'I'LL LOOK AFTER HER'

The cause is unknown and under investigation.

There have been no reports of any injuries or deaths.