Peter Mandelson today provoked outrage by labelling Brexiteers ‘nationalists’ who ‘hate foreigners’ and are not ‘patriots’ like him.

The former EU trade commissioner said the people leading the charge for quitting the EU were ‘Brextremists’ not motivated by the best interests of the country.

Leave supporters immediately condemned the incendiary remarks as the row over what kind of Brexit Britain will have next year continued unabated into the summer. 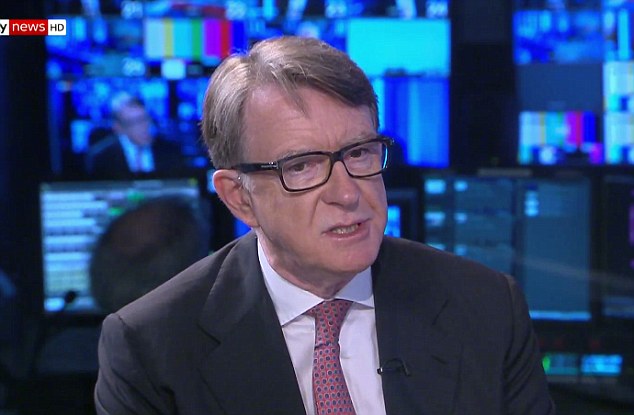 Theresa May’s efforts to break the Brexit deadlock before MPs broke up for the holidays appeared to fail last week as Brussels rejected her Chequers plan.

Her ministers will spend the summer trying to convince EU capitals of the merits of her proposals, seen by many as a soft Brexit.

But Lord Mandelson said the controversy over the plan, particularly from Brexit supporters, proved the need to have a second referendum on the deal.

What is in Theresa May’s Brexit blueprint?

These are some of the key features of the Chequers plan being pushed by the UK government:

‘Nationalism, on the other hand, is a hatred of foreigners – and that’s what they are.

‘They are nationalists and they should not be confused with patriots.

‘I feel I am patriotic. I want the best for Britain – it’s why I voted Remain in the referendum though I entirely respect the contrary view of many others.

‘These Brextremists are not like that. They are nationalists in the sense that they hate other countries, and they hate foreigners.

‘And that is, in my view, what motivates them and drives their behaviour.’

Asked to name who he was describing, Lord Mandelson declined to do so –  but let host James O’Brien name International Trade Secretary Liam Fox and Brexiteer Jacob Rees-Mogg without contest.

‘It is regrettably something he has had difficulty with throughout his career.’

He said: ‘There is nothing illiberal about wanting democracy to have meaning. Quite the reverse.’

‘He should take his hefty EU pension which hard pressed British taxpayers are guaranteeing and paying post Brexit and go and live in Brussels where he will clearly feel more at home.

‘He and his distasteful views will not be missed.’ 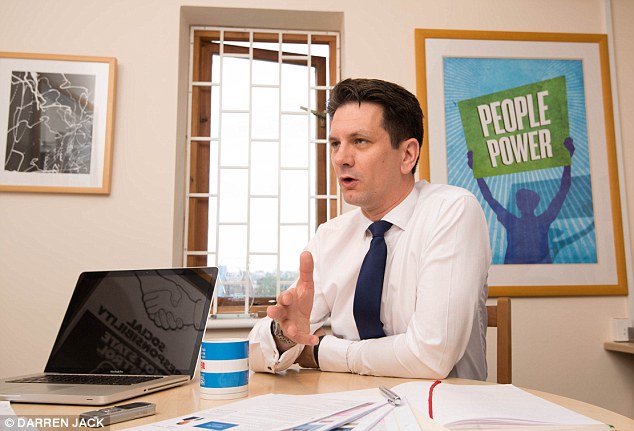 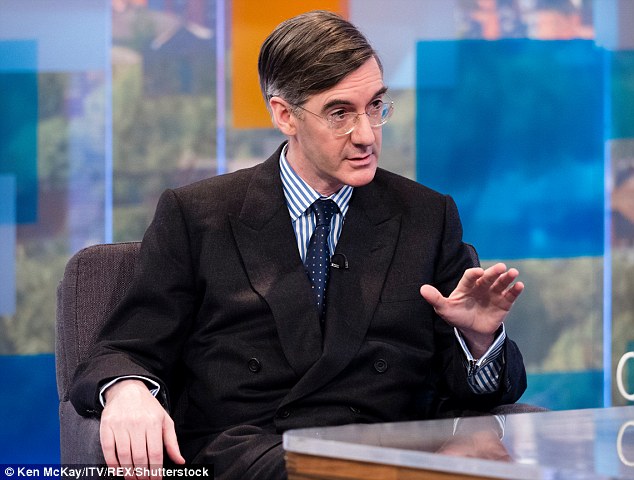 In other developments today Downing Street has insisted the Government is engaged in ‘good planning’ and taking ‘sensible precautions’ in case there is a no-deal Brexit.

Asked if Theresa May would continue to lead the country if her negotiations fail and the UK is plunged into a no-deal scenario, the Prime Minister’s official spokesman said she is ‘fully committed to delivering on the will of the British people’.

Ministers have confirmed efforts to stockpile medicines and ensure an ‘adequate’ food supply if there is a no-deal Brexit.

But Brexiteers have criticised the approach, insisting that, while preparations must be made to show Brussels that the UK could cope without a deal, the plans should not mark a return to the referendum campaign’s ‘Project Fear’. 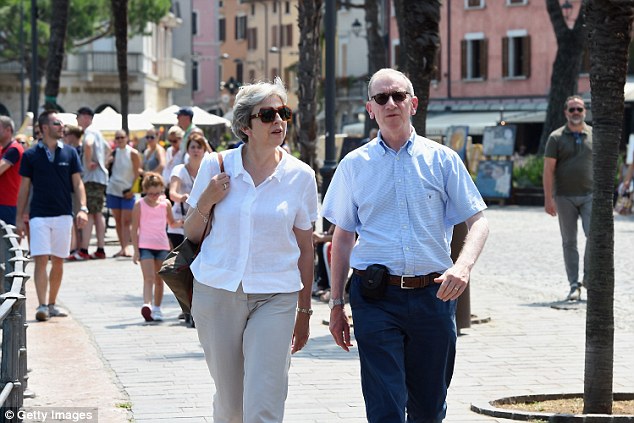 Dozens of technical notices setting out what businesses and concerned citizens need to do are expected to be published in August and September.

The Prime Minister’s spokesman said: ‘We have been absolutely clear that it’s in the interests not just of ourselves but the EU to get a deal.

‘In the event of no-deal there will of course be consequences for the European Union.’

The spokesman added that the plans are aimed at ensuring an ‘orderly’ Brexit even if there is no agreement with Brussels.

‘We are working towards getting a deal but the Prime Minister is clear that we will put in place all the necessary steps to ensure the UK has a bright future.’

What proposals are on the table for keeping a soft Irish border?

Theresa May and the EU effectively fudged the Irish border issue in the Brexit divorce deal before Christmas.

But the commitments to leave the EU customs union, keep a soft border, and avoid divisions within the UK were always going to need reconciling at some stage. Currently 110million journeys take place across the border every year.

All sides in the negotiations insist they want to avoid a hard border between Northern Ireland and the Republic, but their ideas for how the issues should be solved are very different.

WHAT THERESA MAY WANTS

The PM initially backed a ‘customs partnership’ model, which would see the UK collect tariffs on behalf of the EU – along with its own tariffs for goods heading into the wider British market.

At the Chequers Cabinet summit earlier this month, Mrs May pushed through a compromise plan with elements of both.

It would see the UK follow a ‘common rule book’ with the EU on goods and collect some tariffs on behalf of Brussels to avoid border friction.

It has also been dismissed as ‘cherry picking’ by Eurocrats.

WHAT BORIS JOHNSON AND THE BREXITEERS WANT

Brexiteers have been incensed by the Chequers proposal, which they say makes too many concessions and will prevent Britain doing trade deals elsewhere.

They back a ‘Maximum Facilitation’ scheme would see a highly streamlined customs arrangement, using a combination of technology and goodwill to minimise the checks on trade.

There would be no entry or exit declarations for goods at the border, while ‘advanced’ IT and trusted trader schemes would remove the need for vehicles to be stopped.

WHAT THE EU WANTS

The divorce deal set out a ‘fallback’ option under which the UK would maintain ‘full alignment’ with enough rules of the customs union and single market to prevent a hard border and protect the Good Friday Agreement.

The inclusion of this clause, at the demand of Ireland, almost wrecked the deal until Mrs May added a commitment that there would also be full alignment between Northern Ireland and the rest of the UK.

But when the EU translated this option into a legal text they hardened it further to make clear Northern Ireland would be fully within the EU customs union and most single market rules.

Mrs May says no PM could ever agree to such terms, as they would undermine the integrity of the UK.

WHAT IRELAND WANTS
Ireland and the EU have presented a united front on the need for a solution to the border issue before any progress can be made on a future trade deal. Leo Varadkar has repeatedly thanked Jean-Claude Juncker and Michel Barnier for their solidarity and vowed that they will not be split by pressure from the UK.
However, economic forecasts have made clear that the Republic could bear the brunt of a massive hit if Britain does not get a trade deal.
The UK crashing out on World Trade Organisation (WTO) terms would also mean Ireland facing exactly what it says it is fighting to avoid – the prospect of a hard border.
WHAT NORTHERN IRELAND WANTS

Polls have suggested support for staying in the EU has if anything increased since then.

But the province is deeply divided across sectarian lines. The dominant DUP backed Brexit, while Sinn Fein is Europhile.

Polls suggest that a majority would vote to keep the UK together rather than for a united Ireland if there was a referendum.