This dog’s overbite is worse than his bark! Oz the dachshund becomes Instagram star with 20,000 followers thanks to his toothy grin

Oz the dachshund has become an Instagram sensation thanks to an overbite that keeps him grinning at all times.

The miniature dachshund from Bathgate, Scotland, racked up 20.1k followers on Instagram after his owner Sinead Kelly, 32, started posting pictures of him on social media back in 2018.

The two-year-old pet is gifted with a permanent ‘smile’, caused by an overbite which means his upper jaw overlaps the lower one leaving his front teeth exposed. 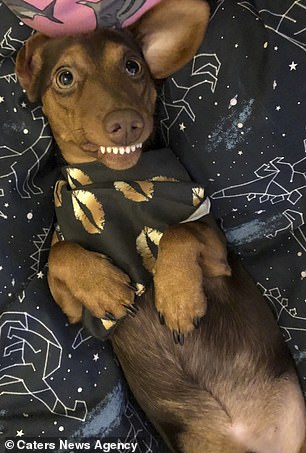 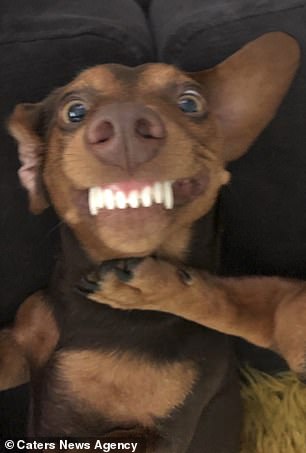 Oz, a two-year-old miniature dachshund (pictured) from Bathgate, Scotland, became an internet sensation thanks to his overbite, which has left him grinning at all times 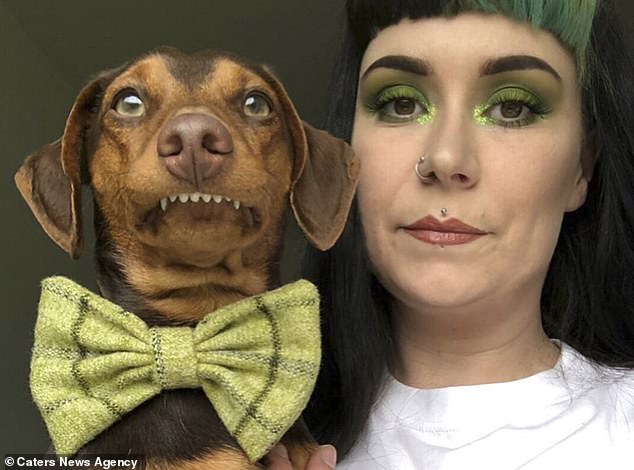 Oz and his owner Sinead Kelly, 32, who started posting pictures of her pet back in 2018. She said Oz likes to be with her ‘at all times’ and perches on her shoulder ‘like a little parrot’

But Ms Kelly, who is a customer service manager and mother-of-one, said Oz’s overbite was so severe he had to undergo surgery at an early age.

She said: ‘We’ve been in a dachshund group on Facebook since he was small and we actually crowdfunded on there as his surgery was so expensive.

‘Because of this, he became really well-known in the group, so when people met him it was like meeting a little celebrity.

‘His overbite caused him some problems when he was little.

‘Because his top teeth don’t fit inside both lips, they’re always quite dry so his top lip gets stuck to them a lot.’

Sinead revealed that Oz’s character is just as quirky and adorable as his looks, adding: ‘Oz is so goofy. 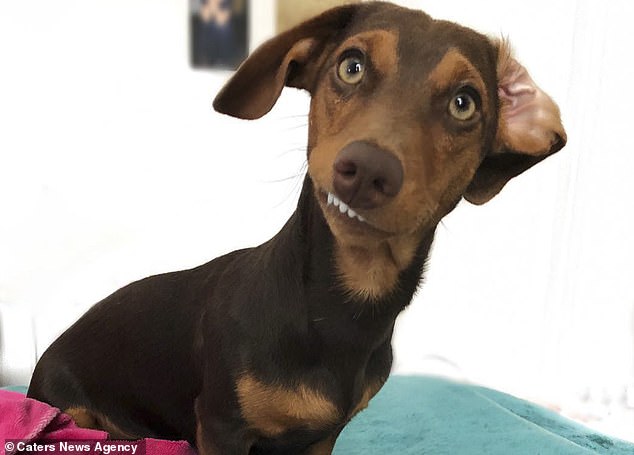 Oz the dachshund’s overbite has left him with a permanent ‘smile’. But Ms Kelly said his overbite was so severe he had to undergo surgery at an early age 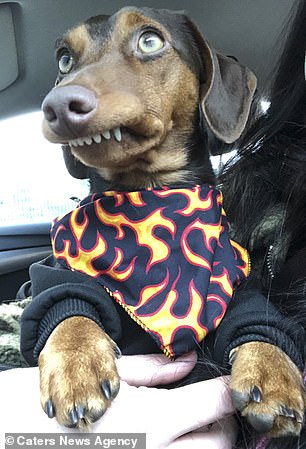 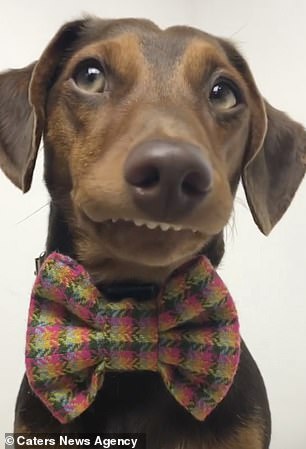 Oz the dachshund pictured dressed up in a fiery neckerchief (left) and a colourful bow tie (right). Ms Kelly revealed his character is just as quirky and adorable as his looks

‘He likes to be with me at all times, so even if I’m busy doing housework or sewing he likes to be perched on my shoulder like a little parrot.

‘If they do, he starts jumping until I pick him up and he hides up on my shoulder.

‘He’s a little therapy dog for me, I suffer with bad anxiety and he seems to always know when I need him.

‘If I start having a panic attack, he climbs onto my chest, presses his face against mine and just stays there.’