Paramedics who drove a year-long human rights inquiry after they blew the whistle on workplace bullying at Ambulance Victoria say the fear-mongering and bastardisation they still face was so bad that some have thought of suicide.

As the Victorian Human Rights and Equal Opportunity Commission prepares to release its 520-page Independent Review into Workplace Equality in Ambulance Victoria, paramedics say that in some cases victimisation has worsened since the inquiry began. 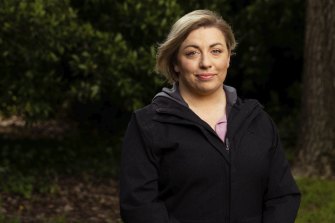 One senior Mobile Intensive Care Ambulance paramedic with more than 15 years experience, who also spoke to the commission, told The Age bullying by a senior manager was so harrowing she considered “driving my car into a tree”.

Her manager intensified his bullying after she made an official complaint, even as the commission’s inquiry was underway, and she is still waiting for action.

“I don’t feel safe at the moment, if this man comes in and threatens me again, I’ll call the police,” she said. “I would have preferred this guy to punch me, so I could have called the police, and it would have been dealt with better than two years of subtle plus overt bullying.”

She said camaraderie among her colleagues was excellent “but these [bullies] just treat you like s—“.

“This person is well known to the executive level as a problem, for at least 10 years. He is a direct threat, not only to my mental health and indirectly to my patients, he’s a risk to the organisation … but management are not listening.”

Ms Piggott, who is on leave from the Victorian service and teaching para-medicine in Canberra, said she experienced “retribution” after she chose to be identified during the initial spate of allegations.

Some paramedics tell her they are experiencing combined forms of workplace abuse, including bullying and harassment. 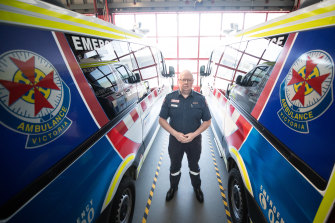 Ambulance Victoria CEO, Tony Walker, has vowed to “shine a light into the rotten corners of our culture”.Credit:Jason South

“One person I was speaking to a few mornings ago, who is in a regional area, said their ongoing experience for a few years now has been bullying and harassment, and now physical abuse as well,” she said.

“What I have been struck by most is the pervasive fear that continues to exist among employees, despite there being irrefutable proof that what we are speaking of is real. Even the most ‘culturally influential’ of people within Ambulance Victoria who admit to knowing, witnessing or being the recipient of illegalities remain too scared to speak up … Cronyism shields so many.”

“We are focused on the safety and support of our people, and I will be talking to my workforce about the findings and recommendations of the review and how we will respond to make Ambulance Victoria a safer, more respectful and inclusive workplace, when the report is released tomorrow,” he said.

Mr Adie said members told the union of “a toxic culture including an Ambulance Victoria manager promoted after WorkSafe found a claim of bullying by the manager substantiated, a female paramedic told that she needed to make a decision between having a family and applying for a Mobile Intensive Care Ambulance (MICA) course, and paramedics reporting a current senior Ambulance Victoria manager who, while working on the road, bragged about how many graduates he could make cry”.

“It is unfathomable that AV could have allowed its own staff to be so poorly treated and for harmful practices to prevail for so long,” he said.

The VEOHRC report was “the line-in-the sand moment for AV: it cannot just sit on the shelf with other historical reviews that were not acted on.” 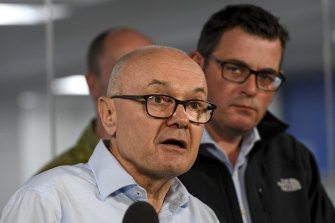 A second highly experienced MICA paramedic said the inquiry had made no difference to her. The perpetrator in her case had been a manager for more than two decades and had “a few key followers who all perpetuate the behaviour”.

“I work an hour away [from base] and I sit in the car and cry all the way there and all the way home, I feel like I’m in jail,” she said.

“People are managed through bastardisation, fear-mongering and authority dictatorship, and it’s been like that forever,” said the woman, who has more than a decade of experience.

“The bullying has caused me to contemplate suicide, I have nowhere to go.”

Ms Piggott said those presently being investigated for unlawful behaviour or misconduct should be temporarily stood down pending the outcome and barred from engaged with alleged victims and the Professional Conduct Unit should be dissolved and replaced with an independent external body to manage conduct investigations.

Mr Adie said the Victorian government should “hold accountable senior executives within Ambulance Victoria by sacking those that protected and perpetuated the toxic culture” and should issue a formal apology to workers who have been impacted by “non-existent resolution procedures”.

As many paramedics have claimed the existing complaints process left them more traumatised, Mr Adie called for the formation of an independent investigation unit with autonomy and the ability to investigate claims and support staff without bias.