Parenting is a breeze: Ingenious father uses a leaf blower to let his daughter fly her princess kite on a calm day

A resourceful dad quite literally moved the elements for his daughter, using his leaf blower to stir up a breeze in the front garden so her kite could take flight.

The creative father of kite-loving Kaylee, three, wasn’t about to let a lack of wind in famously calm Tennessee get in the way of his daughter enjoying her new princess kite.

Michael Ayers, who served in the U.S. Army for almost 15 years, and his wife Alison bought their daughter Kaylee a new princess kite over Easter – claiming it was from the Easter bunny.

But when she excitedly went outside to fly it the weather in Tennessee, U.S., was completely calm.

Rather than see his daughter disappointed, Alison said her husband in true ‘get it done military fashion’ came up with a clever dad hack so she could still fly the kite.

Michael grabbed his leaf blower and while Kaylee was focusing on trying to get the kite flying, he started blowing air from behind her to lift it in the air – much to her delight. 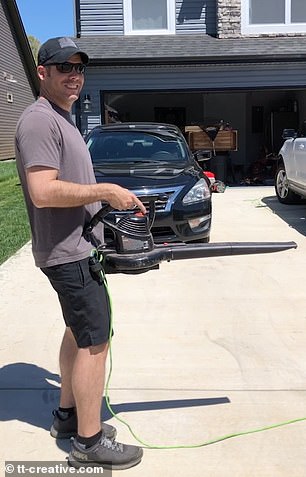 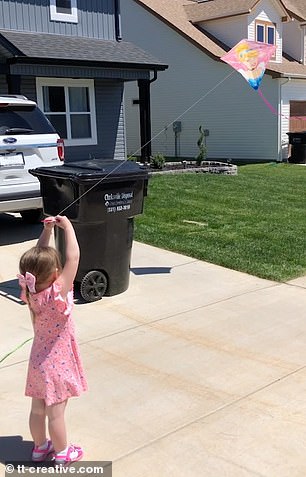 Just like magic: Practical Michael Ayers (left) helps his little one, Kaylee, three, fly her kite without her noticing the leaf blower behind her

Alison said: ‘Kaylee received a kite in her basket from the Easter Bunny and we spent almost an hour trying to make it fly but the wind in Tennessee wasn’t cooperating for us.

‘In true get it done military fashion he used the leaf blower to help our daughter.

‘We told her face away from him so she wouldn’t know, and on went the leaf blower and up went the kite.

‘She was beyond happy that her kite worked and was able to fly it and had no idea the kite flying magic came from her daddy. 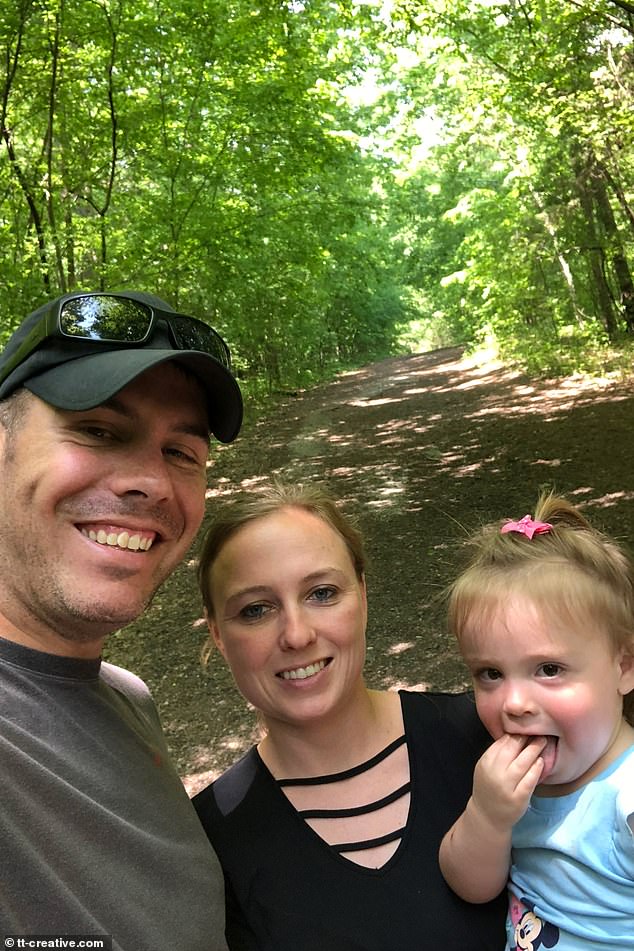 Kaylee’s mother Alison (centre) said this was not the first time her husband had used lateral military thinking to tackle parenthood, describing how he once used a parachute cord to hold Kaylee’s baby bottle

‘She was literally glowing and talked about it all day. She kept telling me ‘look mommy I did it! It’s flying! Look! Look!

‘After the first time we let her in on the secret she kept asking him to do it again. At one point she tried to bring him the leaf blower.’

She added: ‘Everything from a parachute cord bottle holder when she was a baby, to duct tape on his shoulder to hold a bottle while he fed her and tried to do dishes. ‘He always tweaks toys so they are easier for her to use, you name it – we joke at home and within his unit friends that he’s a MacGyver.

‘I often joke he needs to be on Pinterest to share his hacks. His number one thing is coming up with things for our daughter or ways to make ‘dad-ing’ easier.’