Paris: Paris city hall has made Brazil's former leader Luiz Inacio Lula da Silva an honorary citizen on, in a likely blow to his political enemy President Jair Bolsonaro whose relationship with France has deteriorated.

The motion to honour Lula was backed by the city's Socialist mayor Anne Hidalgo.

"Immense joy to give the Honorary Citizen title to Lula. Paris will always stand beside those whose rights are not respected," Hidalgo said on Twitter. 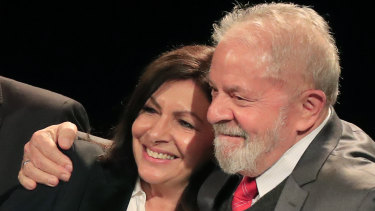 Brazil has turned its back on democracy since the election of Bolsonaro, Hidalgo told Lula at a ceremony, which was also attended by former president and Lula protege Dilma Rousseff.

Lula has attacked Bolsonaro, a right-winger, for impoverishing working Brazilians and vowed to unite the left to win the 2022 elections.

President from 2003 to 2010, Lula was imprisoned in 2018 after being found guilty of receiving bribes from construction companies in return for public contracts. He has maintained his innocence and was freed in November 2019 after Brazil's Supreme Court issued a broader ruling ending the mandatory imprisonment of convicted criminals after they lose their first appeal. 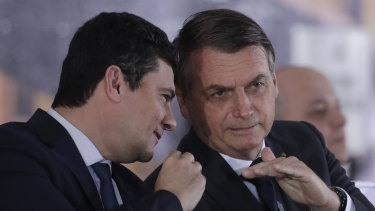 Franco-Brazilian relationships have deteriorated since last year when President Emmanuel Macron was embroiled in a war of words with Bolsonaro.

Macron accused Bolsonaro of lying to world leaders about Brazil’s commitment to preserving the environment when forest fires erupted in the Amazon region.

Bolsonaro at one point insulted Macron's wife and said he would only accept $US20 million in aid offered by the G7 group of wealthy nations if Macron withdrew his "insults".