‘Parking outside your home is a privilege, not a right’ warn police as feuding neighbours clash over number of cars left in the street outside their houses

Police warned residents angry at people leaving their cars outside their homes that ‘parking outside your home is a privilege, not a right.’

Officers intervened after homeowners in Swansea, South Wales, became embroiled in a row over  where to park in a smart street of well-maintained bungalows.

They informed them that it is a myth that they could claim priority outside their own home over other leaving their vehicles there before work.

The feud flared as students returned from university to their family home from with their own cars. 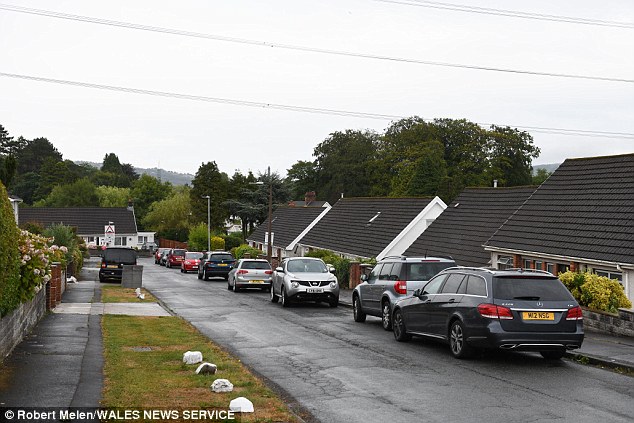 Residents are furious as students returning home take up space outside their homes in the road, which some say workers also leave there cars in when going to their jobs

Police say they were made aware of ‘friction’ in the public street, where there are no allocated parking spaces.

A letter has now been sent out by South Wales Police to tell neighbours they ‘do not have ownership of any part of the road’.

Neighbours say it has caused face-to-face showdowns over the Mercedes, Audis and BMWs lining up in the road alongside family Fiats and Fords.

And some have been accused of using bollards and bricks to ‘reserve’ spaces outside their own homes to blockade their neighbours. 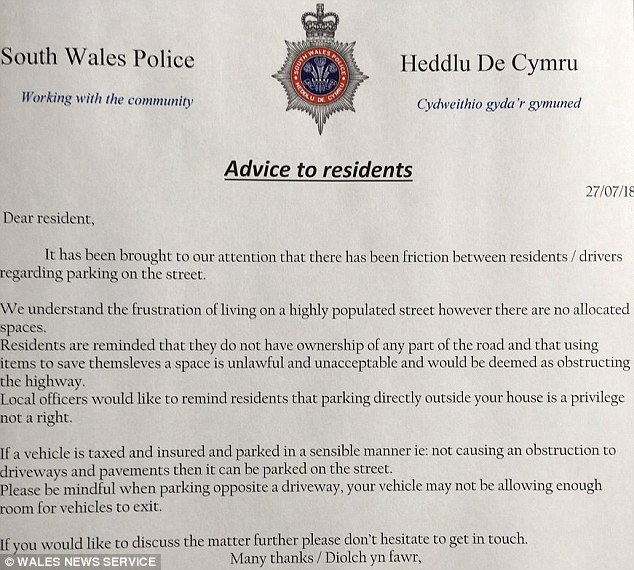 Police wrote this letter to homeowners in the Swansea street, advising them they do not have a right to spaces there

One furious neighbour, who asked not to be named, said: ‘It is a big problem here. Some people park and then go to work.

‘There are also some people who work from home and have people visit them who take up all the spaces.

‘It is causing a lot of problems. I don’t think the police getting involved would do anything. What can they do.’

Another said: ‘I know some houses on the street have teenage children at university. It does become more of a problem when it’s out of term time and the children come home with their cars.’

The bungalows on the narrow street all have drives to park – but it has seen people parking on grass verges and across neighbour’s drives especially in the evenings and at weekends.

Letters were sent out to those living on Orpheus Road and neighbouring Christopher Road by police. 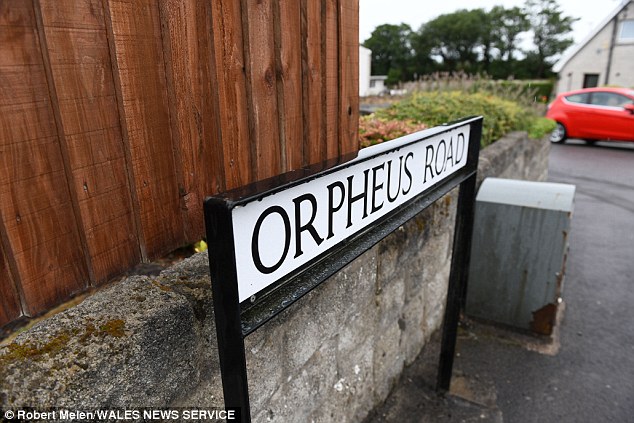 It reads: ‘It has been brought to our attention that there has been friction between residents/drivers regarding parking on the street.

‘We understand the frustration of living on a highly populated street, however there are no allocated spaces.

‘Residents are reminded that they do not have ownership of any part of the road and that using items to save themselves a space is unlawful and unacceptable and would be deemed as obstructing the highway.

‘Local officers would like to remind residents that parking directly outside your house is a privilege and not a right.

‘If a vehicle is taxed and insured and parked in a sensible manner, not causing an obstruction to driveways and pavements, then it can be parked on the street.

‘Please be mindful when parking opposite a driveway, your vehicle may not be allowing enough room for vehicles to exit.’

Ward councillor Robert Francis-Davies said: ‘There are too many cars on the road and it’s a problem.

‘Nobody has a right to park on the road, everybody pays their road tax. Where appropriate we have put in residential parking, but there’s only a certain amount you can put in per road.

‘I would ask residents to work with each other – I’m sure there is enough for everyone.’