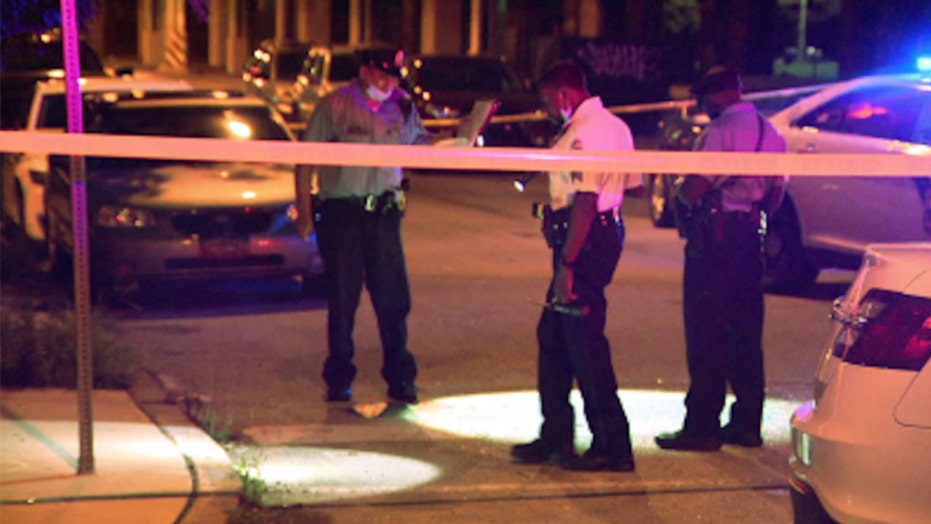 Philadelphia police say a rash of 20 shootings over the weekend left four people dead and 15 others wounded, according to a report.

Police Commissioner Danielle Outlaw showed up Sunday at one of the shooting locations and called the gun violence "disturbing" and "disheartening," Fox 29 Philadelphia reported.

She was at the spot where five people were shot and wounded as they attended a large block party. Three of the victims were teenagers, the station reported.

"We’re doing everything that we can to make sure that we resolve these matters in an expeditious manner so we can hopefully get ahead of anything that could occur as a result of this," Outlaw said, according to the station. 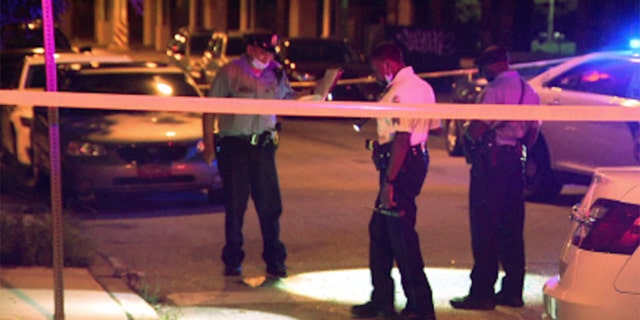 Police work the scene where five people were shot as they were attending a large block party in Philadelphia.
(Fox 29 Philadelphia)

The block party appears to have been a wild scene before the shooting with a crowd of more than 200 people on hand, CBS 3 Philadelphia reported.

Residents told the station the block party was being held to commemorate a person who died of gun violence a few years ago. They said the trouble started when individuals arrived on motorcycles and opened fire on the crowd.

Police told the Philadelphia Inquirer Sunday afternoon that at the scene they recovered 28 AR-15 rounds and 10 40-caliber rounds.

Fox 29 reported that police responded to 10 shootings between Friday night and 6 a.m. Saturday and found 11 people who had been shot.

One of those victims a 17-year-old teenager died after being shot in the chest. He was pronounced dead at the hospital.

The other three fatal shooting victims were killed overnight Saturday in separate incidents. They were adult males, 20, 23, and 40.