Passenger, 21, is crushed to death by a landslide in freak accident after getting off a bus to watch rescue crews haul a lorry out of a river during Storm Callum

This is the 21-year-old man who was crushed to death under a landslide in a freak accident as Storm Callum wreaked havoc on the country.

Corey Sharpling was travelling to work on a bus in Carmarthen, West Wales, when a tree fell down and blocked the road, causing a lorry to be swept into a nearby river.

He got off the bus, on the A484 at Cwmduad between Carmarthen and Cardigan, and looked on as rescue vehicles pulled the lorry from the water.

But as he stood and watched, a huge landslide of rocks and earth slid down the hill and landed on top of him. 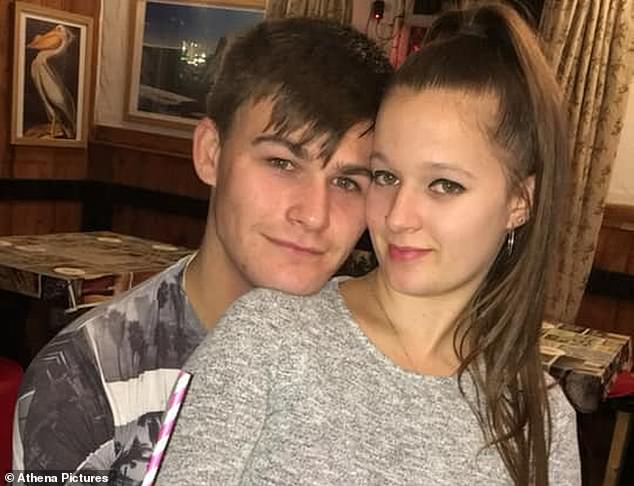 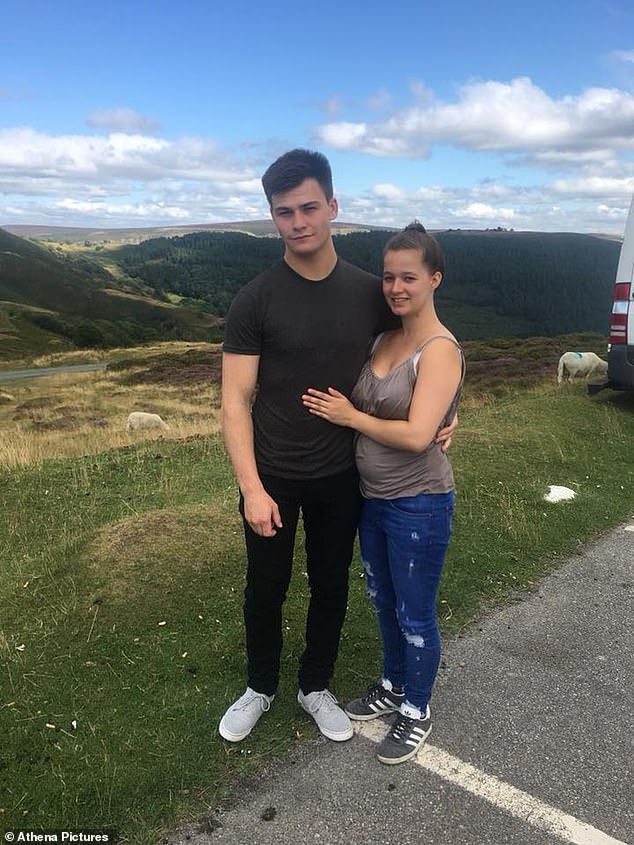 The 21-year-old was on his way to work on a bus in Carmarthen, West Wales, on Saturday 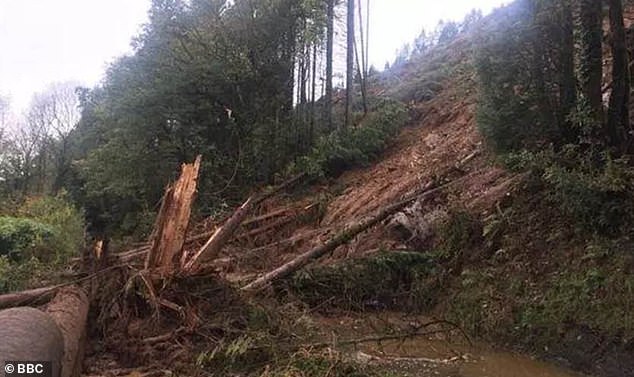 A woman who lived nearby said: ‘There was a loud rumble as some of the valley side slipped down the hill.

‘This poor lad was hit by the full force of it, he didn’t stand a chance. It was a freak accident, if he’d stayed on the bus he would have been fine.’

Corey was on his way to his shift at McDonalds in Carmarthen, West Wales, when the tragedy happened on Saturday. 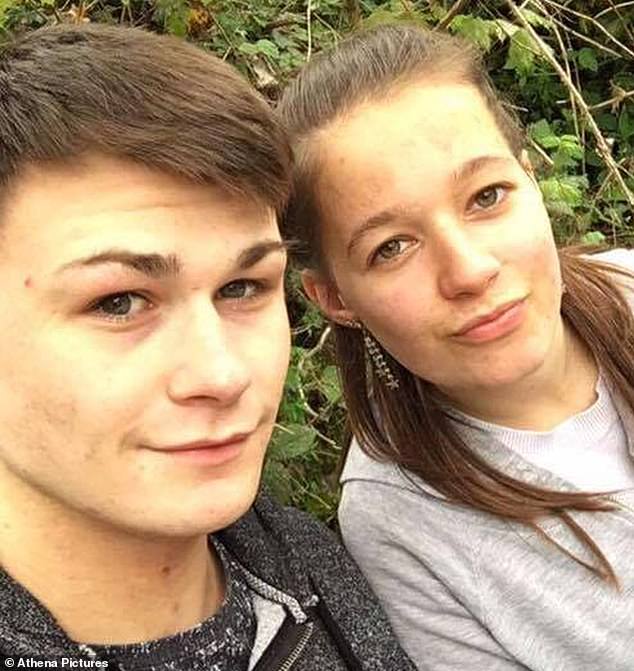 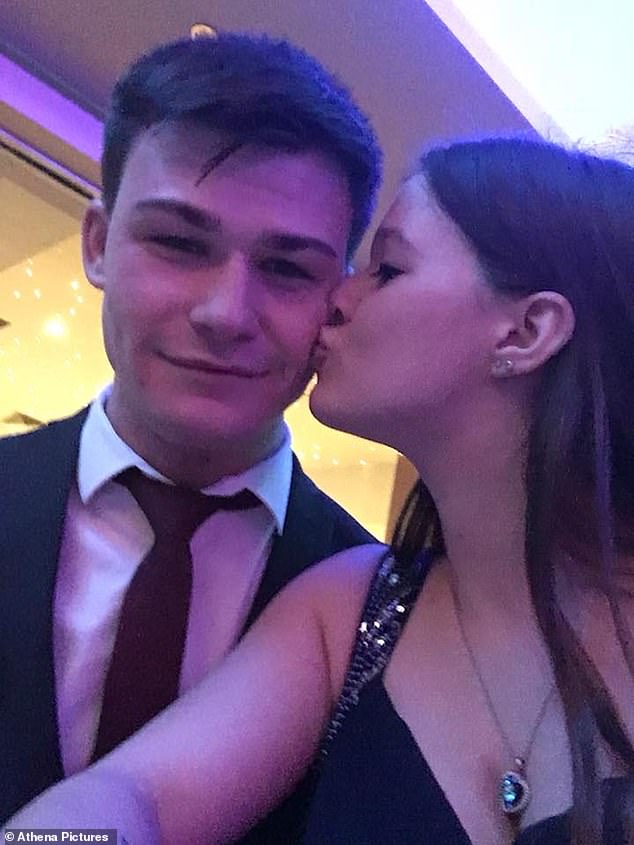 But as he looked on, a huge landslide of rocks came sliding down the hill and crushed him to death

His heartbroken girlfriend Marsha Spittle, 18, said on Facebook: ‘Today I lost the love of my life – he was everything I always wanted.

‘You have sadly been taken from me and your family by a terrible accident earlier tonight.

‘I want you to know that I will always love you forever and always.’

His heartbroken parents said: ‘Many knew Corey’s wit, charm and sense of loyalty and we take those things with us in our hearts.

‘We would like to thanks the community for their support at this time.’

Corey was the youngest of four children and grew up in the small West Wales town of Newcastle Emlyn.

He was a ”crew member’ at McDonald’s in Carmarthen which closed its doors as a mark of respect too Corey on Saturday after being told he had died. 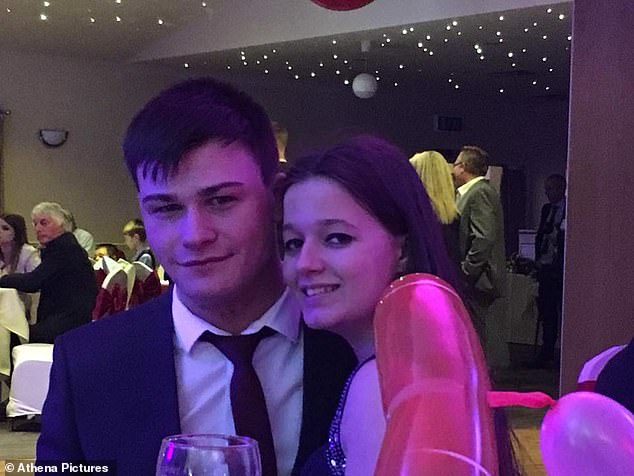 Franchise owner Ron Mounsey said: ‘It is a very, very sad day for us as his employer but also the staff who worked with him.’

Some of his work colleagues were in tears in the restaurant car park after arriving for work on Sunday.

Dyfed-Powys Police confirmed Corey was the victim of the landslide which happened at 5pm on Saturday evening.

Inspector Chris Neve said: ‘We attended the A484 near Cwmduad following reports a tree had fallen into the road. 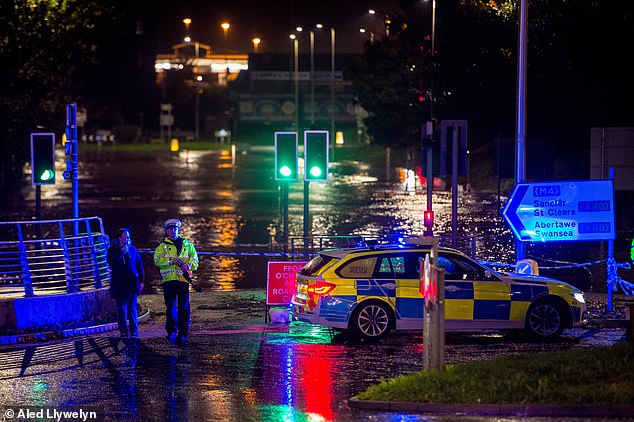 ‘While officers were dealing with the obstruction a large landslide occurred which tragically resulted in Corey losing his life at the scene.

‘Corey’s death will no doubt be a shock to the locals community and on behalf of dyfed-Powys Police I offer my deepest sympathy to his family and friends.’

Inspector Neve urged people to stay away from the location while the road is made safe for residents of Cwmduad and other road users.

Council workers were chopping up the tree blocking the A484 at Cwmduad, Carmarthenshire, when the accident happened. 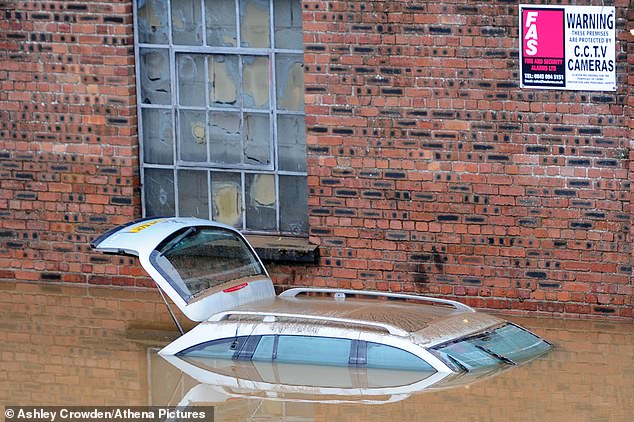 The aftermath of the flood caused by the unusually high tide of river Towy and storm Callum in Carmarthen, near to where a man died in a landslip on Saturday evening 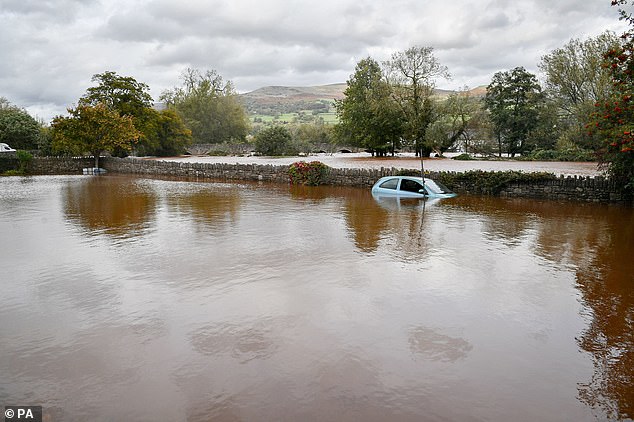 A stranded car was completely submerged in flood water in a car park in Crickhowell, southeastern Wales, where rivers overflowed and flooded the streets

The tragedy happened as Wales was battered by Storm Callum which brought the worst flooding to the region in 30 years.

A search was launched yesterday afternoon after reports that a man had fallen into the swollen waters of the River Taff in Cardiff.

A helicopter, police and coastguards were at the scene.

Large parts of South and West Wales were under water and police to stay off the road unless their journeys were absolutely necessary. 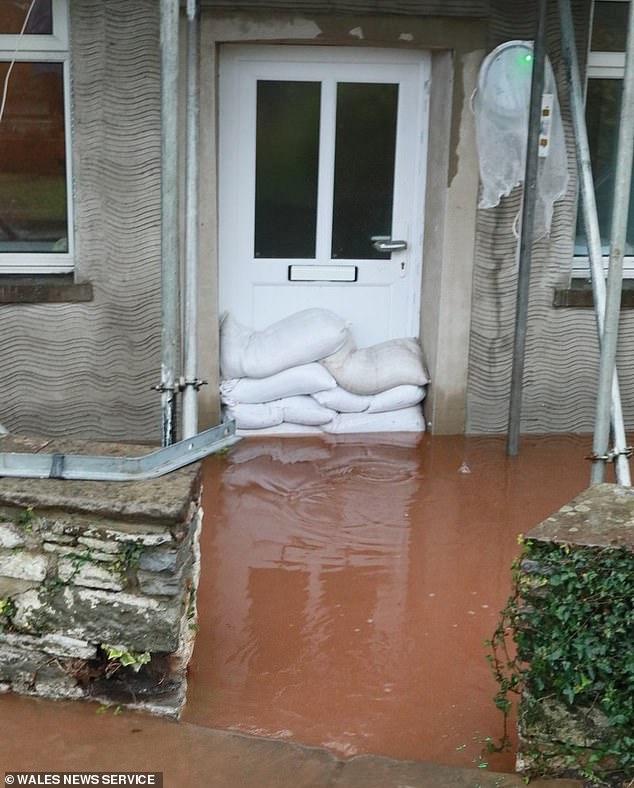 The picturesque town of Crickhowell, Powys, was turned into an island as all access roads were under several feet of water when the River Usk burst its banks.

But the flood water went down yesterday morning as Storm Callum moved East.

In Carmarthen a flock of more than 100 sheep died when they were swept away by torrential flood water.