Photographer Fabrice Guerin watched the polar bear hunt for four hours on the dry rocks of the Arctic Archipelago of Svalbard before it seemed to give up and started chewing on the washed up bag. 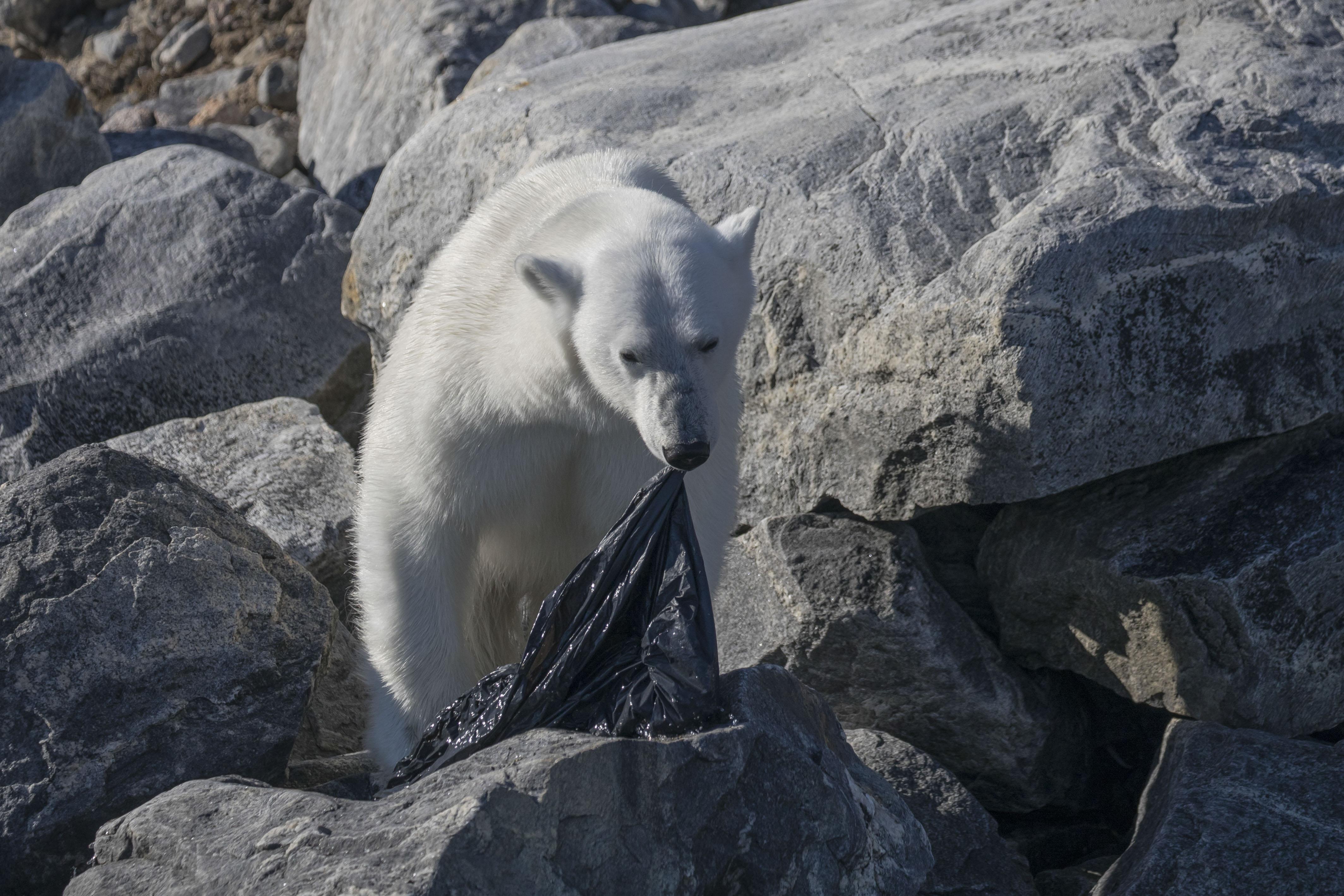 The 50-year-old Parisian said he was left speechless by what he saw.

"I spent four hours watching the polar bear on the rock from our boat," he said.

"He didn’t move for ages but suddenly he decided to walk as it was time for him to find food."

Guerin hoped the image would illustrate the huge problem of non-biodegradable plastics in the ocean. 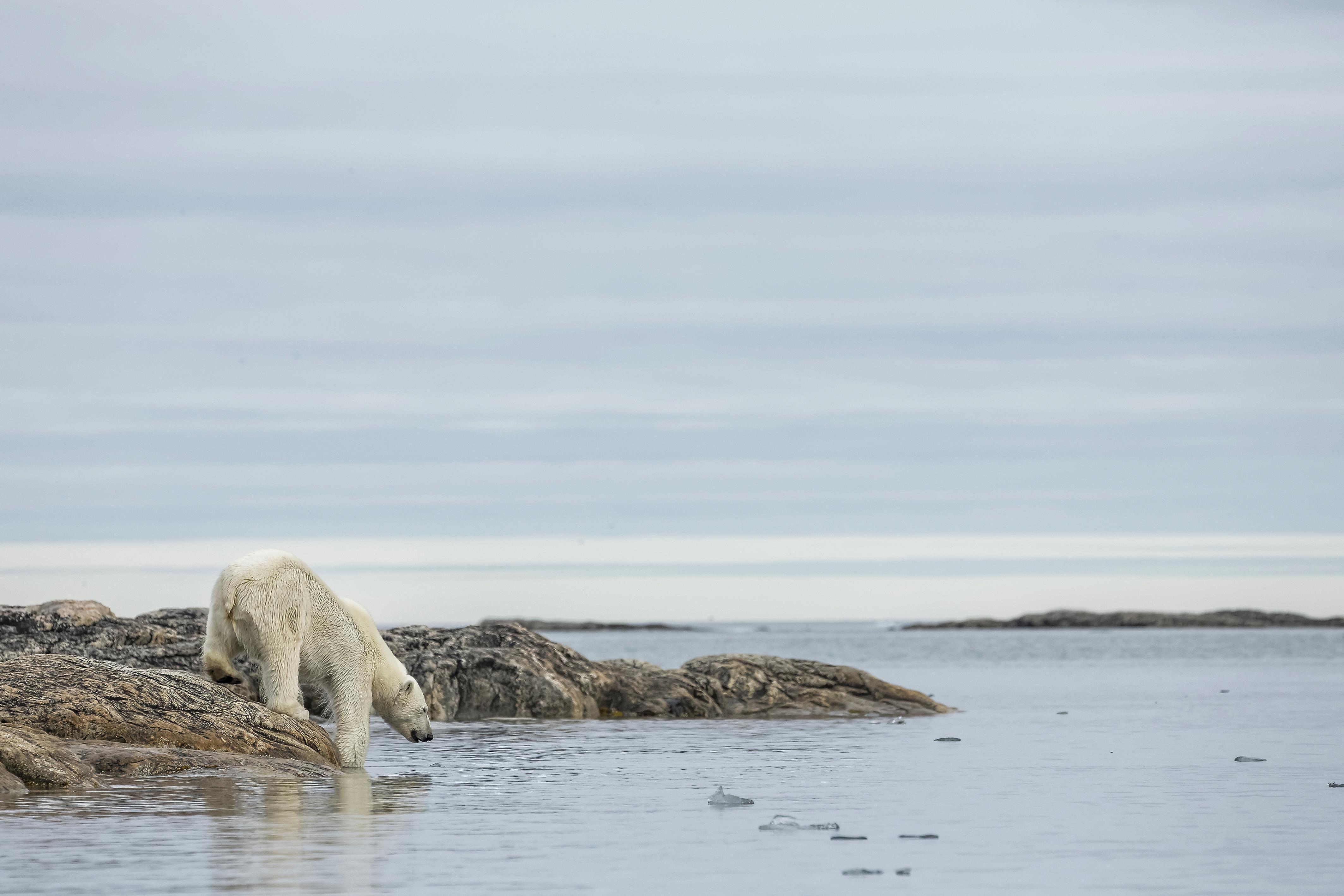 "We were surprised to see this magnificent animal had a plastic bag in his mouth!

"Fortunately he didn’t swallow it whole."

"I never thought to see some plastic in this area but I do know there is no frontier for plastic waste."

Guerin said he had discovered plastic bottles and bags in many unexpected areas during the trip. 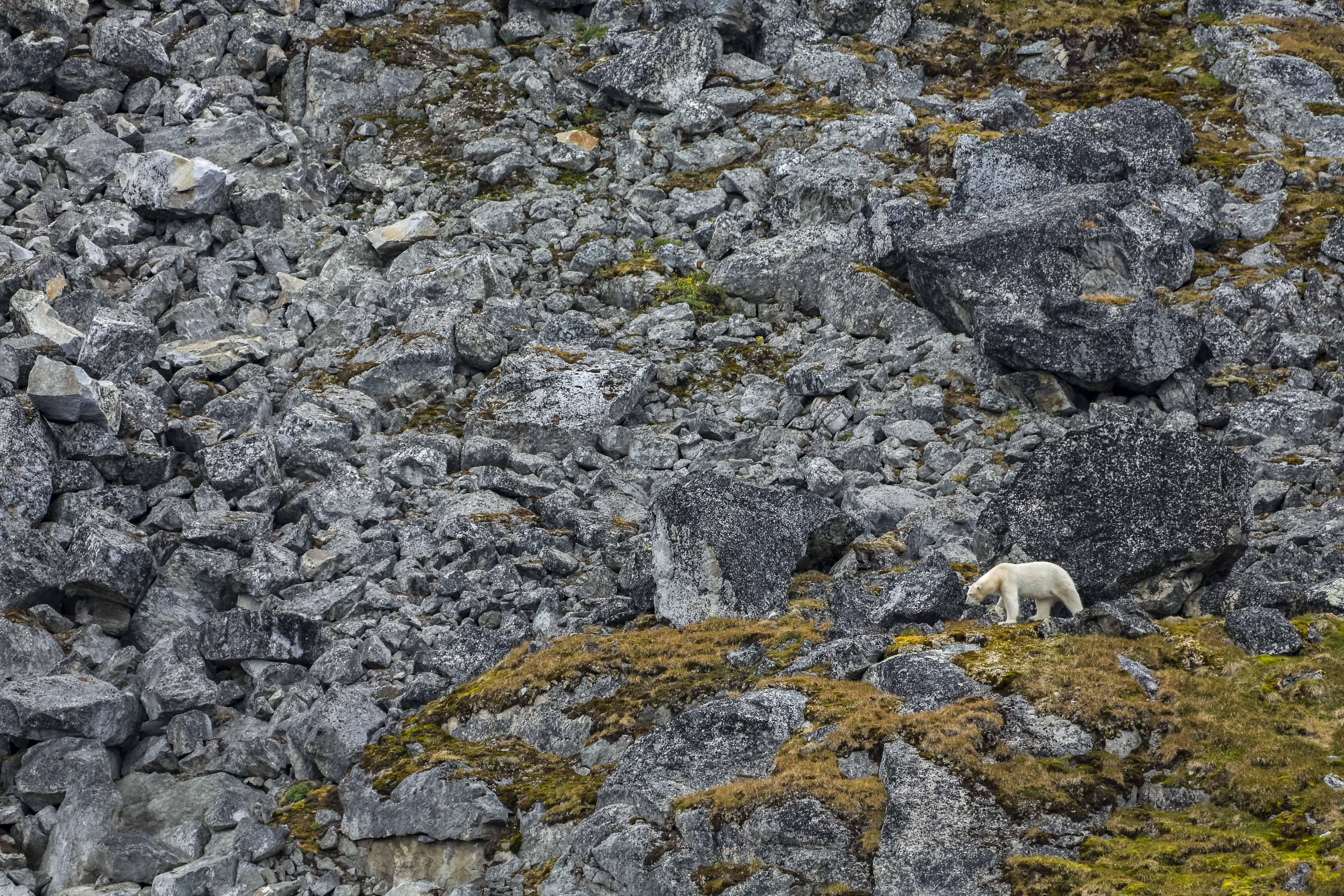 There was very little ice to be seen around the Arctic Archipelago of Svalbard.

The global heatwave has renewed concerns over polar bear survival, with melting ice flows as a result of global warming known to restrict the hunting range of the bears and affect food supply.

There have even been report of pizzly bears – a cross between a polar bear and a grizzly bear – appearing in the wild as global warming and retreating ice sheets forced polar bears south.

There are predictions polar bears could disappear from the wild by the end of the century if carbon emissions are not addressed.

Despite wide-held scientific consensus that global warming would hurt polar bear populations, last week National Geographic conceded it "went too far" when it claimed a starving polar bear in a viral clip was dying due to climate change.

The wildlife publication conceded it had no evidence to back up the caption in the footage, which was reportedly viewed by 2.5billion people.