Police chiefs today tore into the Government’s over its ‘woefully inadequate’ response to the epidemic of the zombie drug Spice.

A group of 20 Police and Crime Commissioners have backed a letter warning the drug represents the ‘most severe public health issue’ the UK has faced in decades.

And they are urging ministers to upgrade it from a Class B to Class A drug so that dealers peddling it face far stiffer prison terms.

The stark words come amid growing concerns that Britain’s police, prisons and hospitals are struggling to cope with users of the drug Spice. 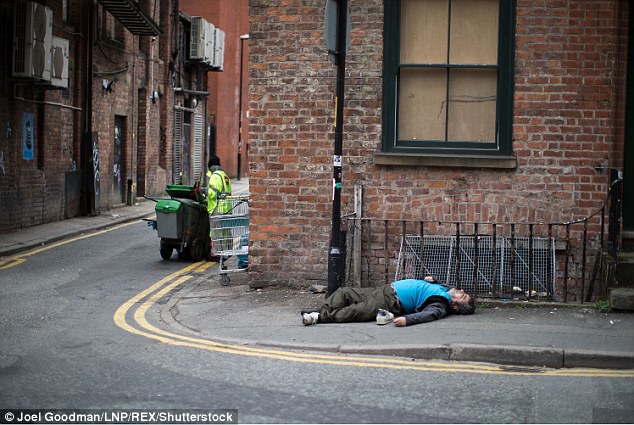 Police and Crime Commissioners have urged the Government to do more to tackle the Spice epidemic amid growing concerns that Britain’s police, prisons and hospitals are struggling to cope (pictured, a Spice user collapsed on a street in Manchester last year) 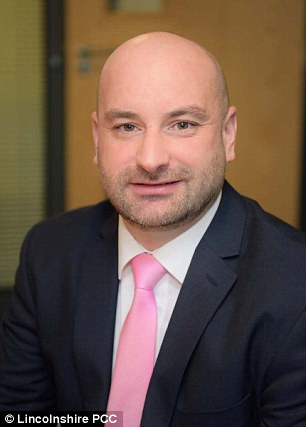 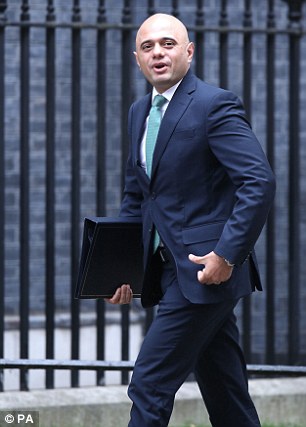 He wrote: ‘The wide scale abuse of these debilitating drugs within towns, cities and even villages across the UK is one of the most severe public health issue we have faced in decades and presently the response to tackle the issue is woefully inadequate.

‘As public health and substance misuse services are not currently taking the lead in meeting this growing challenge it is falling to the police to respond to public concerns of community safety, adding yet further to policing demand without addressing the underlying issues.’

He added: ‘Spice simply put is a significant risk to our society and must be tackled effectively and with expediency.’

He urged ministers to reclassify synthetic canabinoid drugs such as Spice so they are upgraded to Class A to allow the courts to mete out tougher punishments.

Mr Jones also  warned that frontline police and ambulance staff are bearing the brunt of the rise of the drug – with many high on Spice attacking them.

He wrote: Our concerns not only lie with the devastating effects Spice has on its users but also the wider negative impacts felt by their families, communities and emergency services.

‘Only last week I met with East Midlands Ambulance Services, who informed me that they are seeing an exponential rise in the number of staff members who have been assaulted by those under the influence of Spice.

‘Additionally, the number of ambulance calls involving these psychoactive drugs has reached a worrying total of 233 in four months in Lincolnshire alone.

‘This emphasizes the need for public health officials to address issue and take action now but this will not happen without Government direction.’ 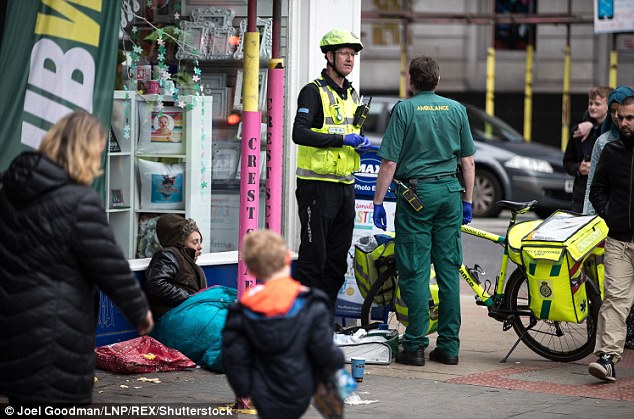 Some 19 other Tory police and crime commissioners signed the letter, which was sent to the Home Office.

Today’s stark warning comes amid a growing fie of evidence that soaring use of Spice and similar drugs are wreaking havoc on Britain’s streets.

Shocking images of people high on the drug and slumped in a zombie-like state in town centres across the UK have been published.

While prison chiefs have warned that jails are awash with the drug, while the NHS has  warned that the epidemic is’beyond crisis point’.

A Home Office spokesman said: ‘We recognise how dangerous synthetic cannabinoids, such as those supplied under the brand name Spice, can be and the devastating impact that they can have on communities, families and the individuals taking them.

‘That is why we acted to control these substances as Class B drugs under the Misuse of Drugs Act and give the police the powers they need to take action, including making possession illegal and delivering longer sentences for dealers.

‘Following two previous changes to legislation, the most recent controls for ‘third generation’ synthetic cannabinoids only came into effect in December 2016. However, as with all controlled drugs we will continue to monitor their impact.’

WHAT IS SYNTHETIC MARIJUANA?

Synthetic marijuana, also known as K2, contains man-made chemicals that act on the same cell receptors in the brain as THC does in natural marijuana.

Researchers have found instances in which chemicals in synthetic marijuana can bind much more strongly to cell receptors than THC does in marijuana that is grown.

This can produce stronger effects, such as an elevated mood or feeling of relaxation.

But synthetic marijuana is also known to have psychotic effects on some users.

These can include extreme anxiety, confusion, paranoia and even hallucinations.

It is often packaged under names such as Spice, AK-47, Green Giant Scooby Snax, Smacked, iBlown and Dank.