Police destroyed £350,000 worth of vehicles over fears of Novichok contamination – as force reveals £10m of costs in aftermath of Salisbury and Amesbury nerve agent attacks

Police destroyed vehicles worth a total of £350,000 over fears they were contaminated with Novichok after the Salisbury poisonings, it has emerged.

More than £10million will be spent on operational costs this year following the nerve agent poisonings in Salisbury and Amesbury, the Office of the Police and Crime Commissioner for Wiltshire and Swindon revealed.

The cost of bringing in officers from other forces will be more than £7million, with more than £1.3million being spent on overtime within Wiltshire Police.

Specialist officers were called in after former Russian spy Sergei Skripal, and his daughter Yulia were poisoned on March 4, before mother-of-three Dawn Sturgess and her partner Charlie Rowley fell ill in June. 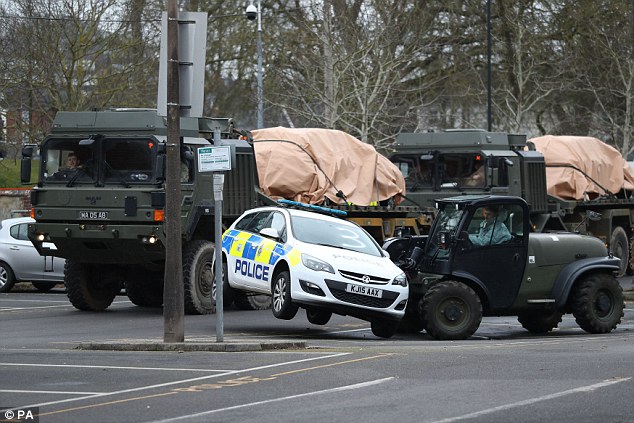 Today Wiltshire Police revealed the force had to request support from forces around the country to meet the ‘extraordinary demand’ they experienced.

An estimated £7 million will be needed to cover costs of bringing in officers from 40 other forces, and £1.3 million will go to overtime pay for Wiltshire Police officers and staff.

Police vehicles which had to be destroyed to avoid risk of Novichok contamination racked up a bill of £347,000.

Police and Crime Commissioner for Wiltshire and Swindon, Angus Macpherson, said he ‘fully expects all costs associated with the operation to be met centrally by the Government’.

He added: ‘For our force to find itself at the centre of two major incidents in such a short space of time is somewhat unimaginable and we have endured significant costs because of the scale of the investigation.

‘I am grateful that the Government has already pledged £4.1million pounds towards the costs incurred by Wiltshire Police during the investigation into the attack on Yulia and Sergei Skripal.

‘I am in frequent contact with them, and those conversations will remain an absolute priority for me, to ensure that policing in Wiltshire and Swindon is not affected by the financial implications of these high profile and complex major incidents.’ 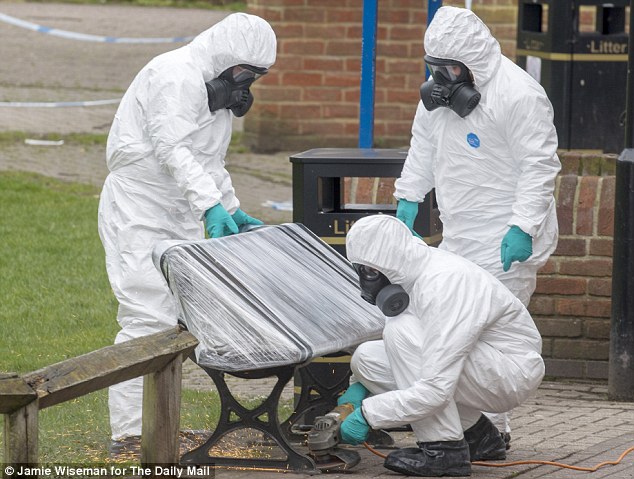 The Government last month pledged more than £5 million to support local businesses in Salisbury and Amesbury, which have experienced a drop in footfall since the first poisoning.

Chief Constable Kier Pritchard added: ‘I am grateful to the Commissioner for his ongoing support to my officers, staff and volunteers and those from other forces who have come forward to help us during these two major incidents.

‘Our mutual aid arrangements mean that other frontline policing duties have remained unaffected in Wiltshire despite us dealing with two internationally significant incidents in just four months.

‘I am assured that the Commissioner will continue his dialogue with the Government to ensure that Wiltshire Police and the communities we serve are unaffected by these growing costs.’

The Skripals and Mr Rowley have been released from hospital while an inquest into Ms Sturgess’ death has been set for next year. 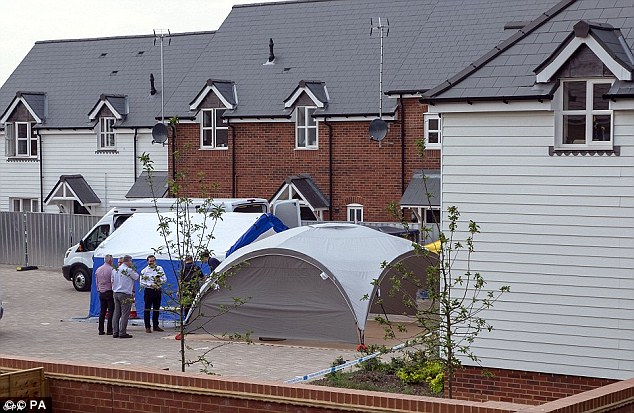 Police also had to cordon off homes (pictured) near where Dawn Sturgess, 44, and Charlie Rowley, 45, came down with poisoning in Amesbury months after the Skripals were targeted