This is the heartwarming moment a Tennessee police force lined up for a four-year-old’s first day of school after her father died in the line of duty nine months ago.

Anna, of Smyrna, is the daughter of Lt. Kevin Stolinsky, a 20-year veteran detective with the La Vergne Police Department.

He died in November 2021 after suffering a ‘medical emergency’ on patrol, according to local news outlets.

On August 8, Anna started school at Lancaster Christian Academy in Smyrna, and to pay tribute to her father and to show their support to their former colleague’s family, officers escorted Anna and her mother to the school in motorcycles.

They were then greeted by two lines of officers from several local law enforcement agencies as Anna made her way to the school’s front entrance.

The little girl even went to interact with some of the deputies and gave every single one of them a high five for their efforts to get her to class safely. 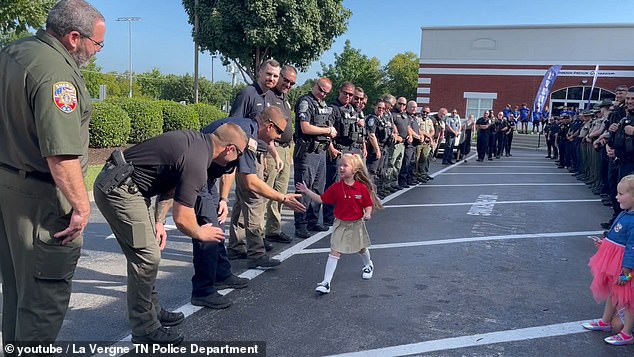 Anna Stolinsky, four, was recorded giving high-fives to police officers of the La Verge Police Department in La Verge, Tennessee, on her first day of school on August 8th. The little girl’s father, officer Kevin Stolinsky died in the line of duty in November 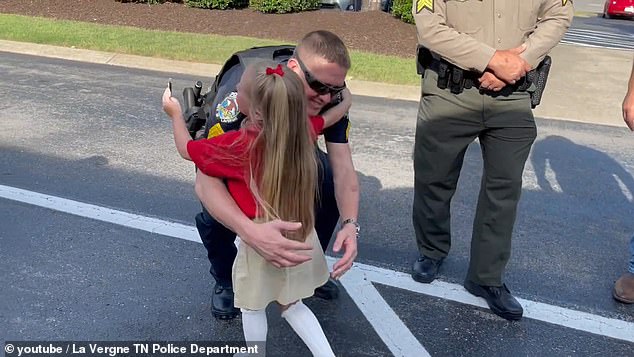 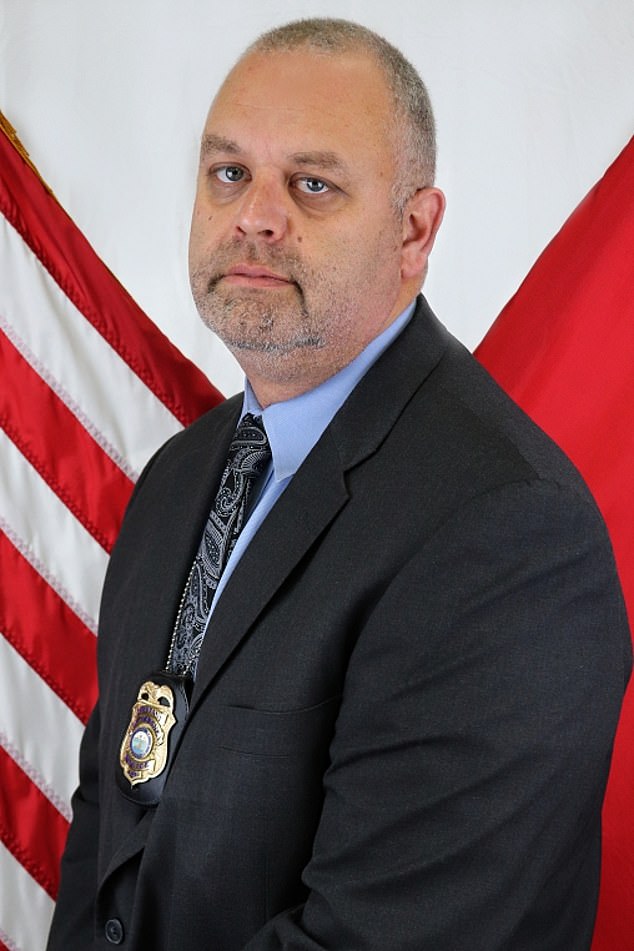 Lt. Stolinsky, 44, had been a member of the La Verge Police Department since 2001 and was promoted from sergeant posthumously.

He was described as a model member of the local community by city officials and colleagues.

‘He was one of the best of us,’ La Vergne Mayor Jason Cole told the Daily News Journal.

‘He constantly fought to make things better for others. Wasn’t for himself. He was always fighting for other people, and always trying to make any situation (better), whether it was work or life.

Stolinsky was once enrolled in the Navy as a Seabee, before being later deployed for Operation Iraqi Freedom in 2005, Operation Enduring Freedom in Afghanistan in 2009.

He later was sent to Africa in 2015, before retiring in 2016, according to the Murfreesboro Post. 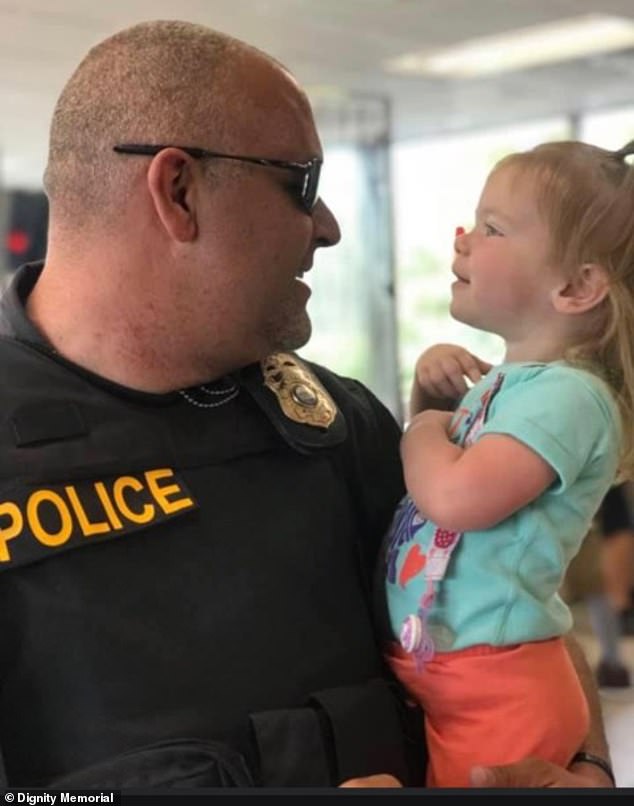 Stolinsky, is survived by his wife, Casey, along with his daughter Anna, his father and his brother.

And although no further details specify the cop’s cause of death, murders of police officers has gone up by nearly 60 percent in 2021, in part due to the rise of violent crime in major US cities since the end of the pandemic, according to the FBI.

The government agency’s director Christopher Wray told 60 Minutes in an interview that 73 officers were killed in action last year.

He added that violence against police departments were a ‘phenomena’ that ‘doesn’t get enough attention,’ as homicides of all different degrees and levels increase across the U.S.

The total amount of officers killed last year amounts to a cop dying on the line of duty every five days, according to the FBI direction.

An estimated 1,000 people die from police brutality each year, although only a fraction of these deaths are considered by the judicial system.