TWO dogs have been found dead after suffering horrific tortures in South Yorkshire.

The RSPCA and local police launched an investigation to find the callous killer who skinned the dogs and hung them in a woodland in Rotherham. 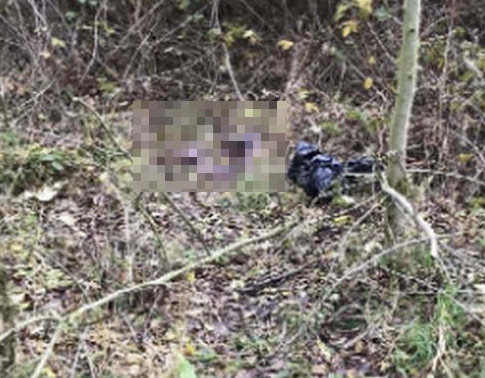 The dogs had been subjected to such bad torture that it was almost impossible to understand which breed they were, the animal welfare charity said.

A walker made the horrifying discovery on Thursday, October 22, Mirror Online reports.

The dogs' bodies were completely skinned and were lying next to a black bin bag in the wooded area.

A rodent was also found with its skin removed alongside the two dogs, the charity said.

After officials were called to Washfield Lane woods, an investigation was launched to find the killer who led to the barbaric deaths.

RSPCA inspector Jennie Ronksley said: “Members of the public contacted our emergency line after a horrific discovery in a small area of trees near Treeton Dike on Thursday night.

“The bodies are completely skinned and were beside a black bin bag liner.

“What’s not clear is whether the bodies have been dumped together in the bag and then dragged out and predated on by wildlife, or whether they were skinned before being dumped in this area.

"It’s a really shocking sight and I’m extremely concerned that these animals may have suffered before their untimely deaths so I’d like to hear from anyone with any information."

The inspector called for support from the public which could lead to any information.

She said it is very difficult to understand the breed of the dogs, or even their colour, due to the condition in which the animals were found.

Ms Ronksley said: "From the minor traces of fur left on the dogs’ feet, I believe one was black in colour and the other was cream.

“It seems strange for more than one animal to be found like this if there’s an innocent explanation so this seems very suspicious to me."

Earlier this year, two women in Las Vegas were arrested after leaving their two dogs to starve to death with no food or water for three weeks.

Esmeralda Martinez, 22, and Blanca Perez, 21, are alleged to have left the 8-month-old pitbull puppies in a cage with just one bowl of food and water when they left for a trip to Florida.

In an arrest report, Metro Police in Las Vegas wrote that the pups – 'Ace' and 'Athena' – had suffered more than if they had been killed by violent acts.