Police made no arrests for a second consecutive night in Borough Park as a protest over coronavirus restrictions set to take effect Thursday once again turned chaotic.

Cops confirmed Thursday morning that no arrests were made overnight in the Orthodox Jewish enclave — despite a report of at least one assault.

Journalist Jacob Kornbluh claimed he was “brutally assaulted, hit in the head, and kicked at by an angry crowd of hundreds of community members of the Borough Park protest — while yelling at me ‘Nazi’ and ‘Hitler.’”

At some point during the Wednesday night unrest, a massive group of protesters blocked police cars from passing as they crowded the streets, one video clip posted to Twitter shows.

But another captures protesters applauding as several officers in riot gear show up.

The night before, a group of protesters in the area chased down and assaulted freelance photographer Bruce Schaff, who is Jewish, as he tried to capture the scene. A second man, Berish Getz, 34, a Borough Park resident, was also beaten during that protest.

Some NYPD sources said Wednesday that the department is treading lightly during the Borough Park protests due to a pattern of cops taking it easy on the Hasidic enclaves at the behest of brass and City Hall.

One source said the 66th Precinct, which encompasses the enclave, is sarcastically known as “Fort Surrender.” 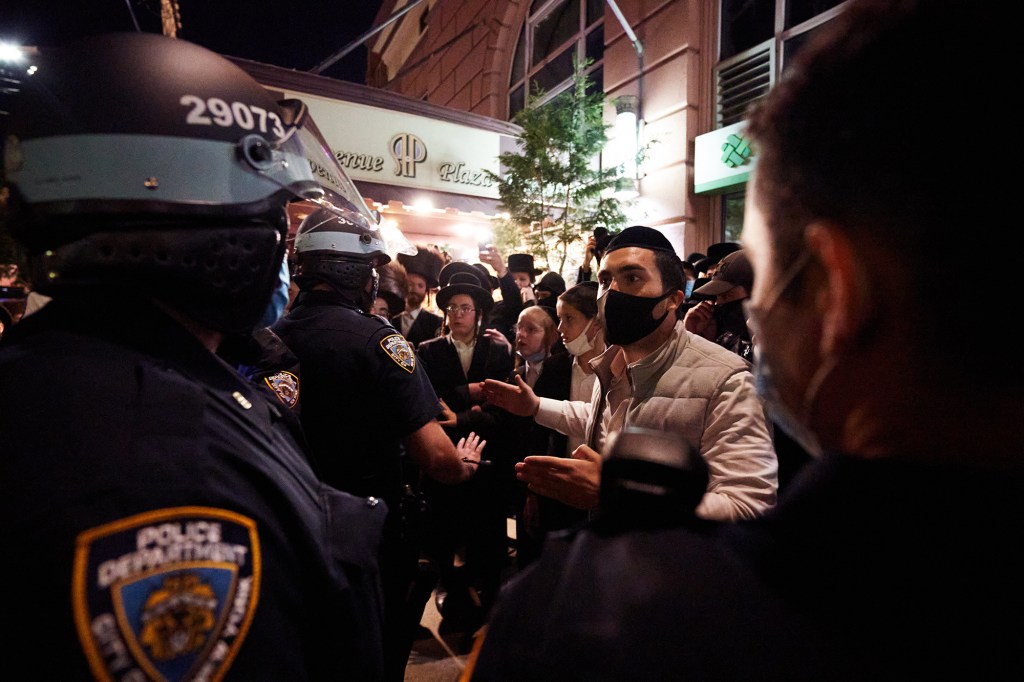 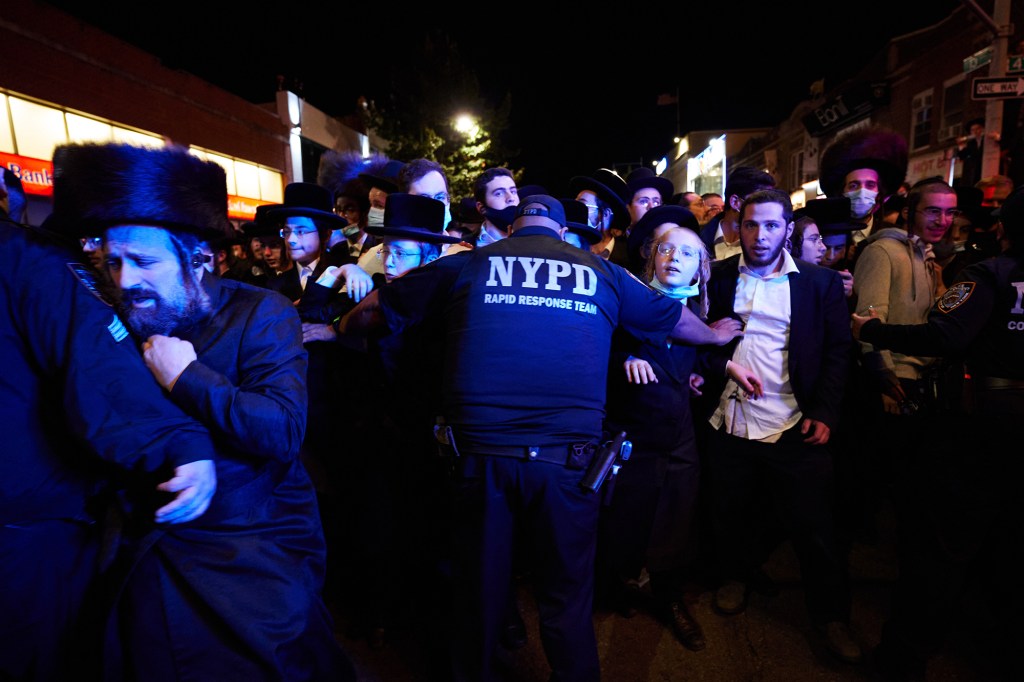 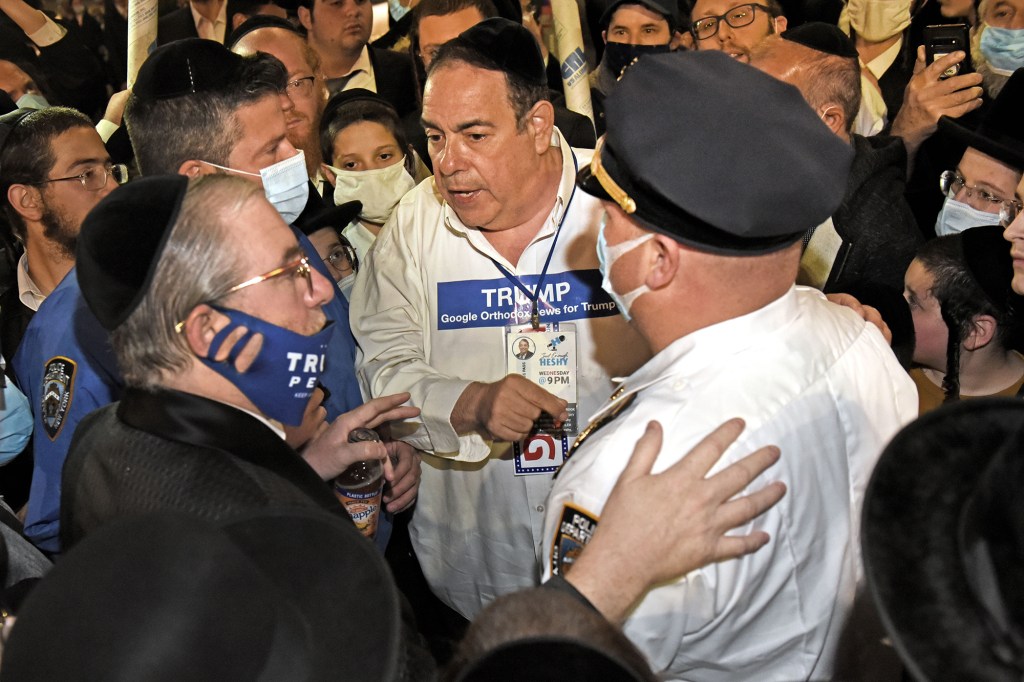 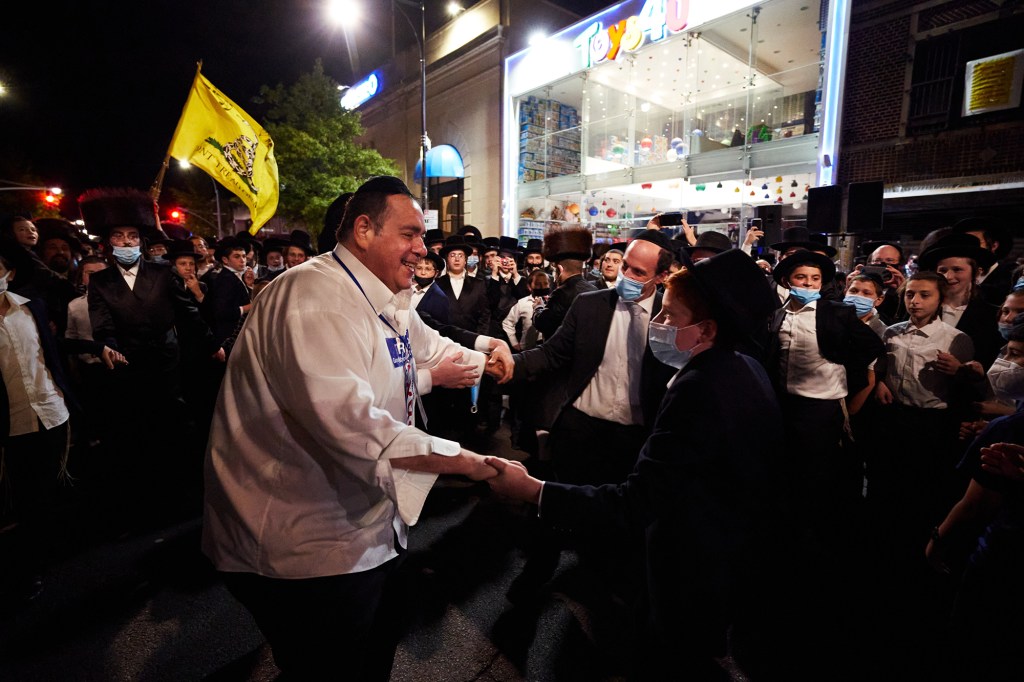