Police are searching for a woman who was heard screaming as she was bundled into a car in West Bromwich in the early hours of Sunday morning.

Local residents called 999 after hearing the woman’s shouts and seeing her surrounded by four men outside new-build flats in Aston Court around 1am.

A car was then seen hurtling off, prompting a police probe to find out the identity of the apparent abduction victim and track her down. 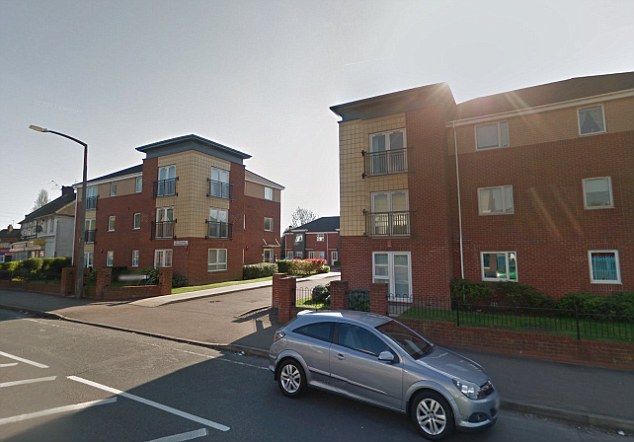 A man was initially arrested, but later released and has been eliminated from inquiries.

Local residents said the area has many CCTV cameras, which they hope will help find the vehicle.

PC Indi Basra said: ‘We are very concerned for the welfare of this woman and have been carrying out extensive enquiries to try to find out who she is.

‘So far, we have not been able to trace her and we are now appealing for her to come forward, so we can make sure she is safe.’

A spokesman for West Midlands Police said: ‘We are investigating reports that a woman was forced into a car against her will.

‘Neighbours heard a woman’s screams in a car park outside Aston Court, Wednesbury, just before 1am on Sunday, 19 August. She was surrounded by four men who were shouting at her.

‘They pushed her into a white Ford Fiesta, before getting in with her and driving off at speed. The car turned right into Crankhill Lane, heading towards the island with Hall Green Road.

‘The woman was described as white and the four men were black.