Swedish police have shot and injured a man who reportedly threatened to blow up a railway station.

The station in downtown Malmo, a major hub for regional rail traffic, was evacuated as a bomb squad went to examine the scene.

One witness said that the man had shouted: ‘I have a bomb’. 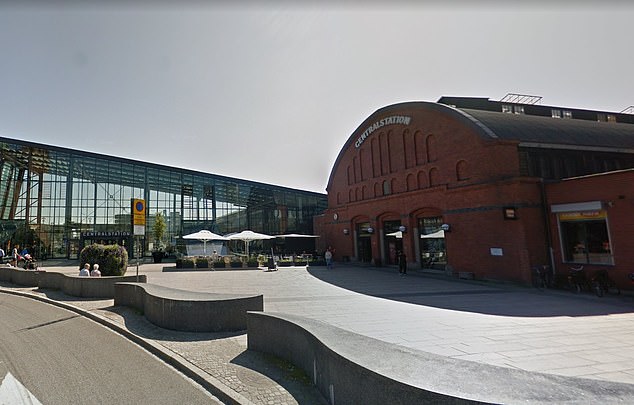 There were no other injuries reported apart from the man fired upon.

He was being treated by emergency services and was taken to hospital, police said in statement.

Members of the public had called police to alert them to the ‘threatening’ man at the station, a statement said.

Describing what happened, the statement said: ‘Police are sent to the site and a situation arises where the police are forced to shoot against the man.

‘The man is met by the police shot and then secured. Evacuation of the central station begins and the site is blocked off.’

It was too early to say whether the event was terror-related or not, police said, adding that their presence would increase in public places.

‘This presence will persist until the police know more about the event,’ they said.