People are posting the image – from January 31 2017 – on their friends' social media accounts to convince them they are being hunted by police. 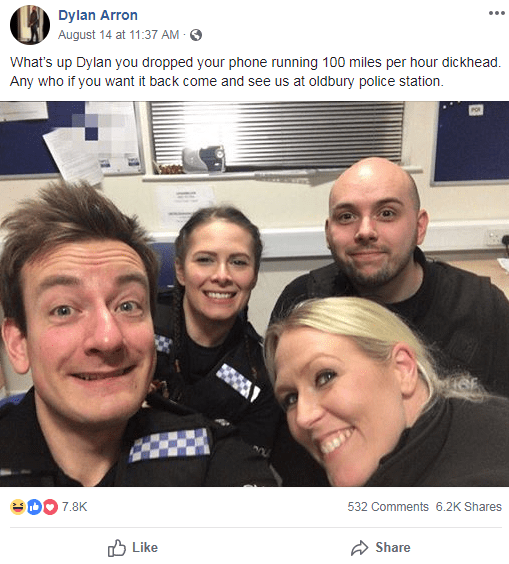 He captioned the picture: "Forgot about this taken a few weeks ago! #OfficeSelfie rare occasion we're together! Yes, male [officer] on the left looks like #ArthurChristmas"

However the image has recently been used by pranksters to try and trick their pals into going to their local police station to pick up retrieve their mobile phone. 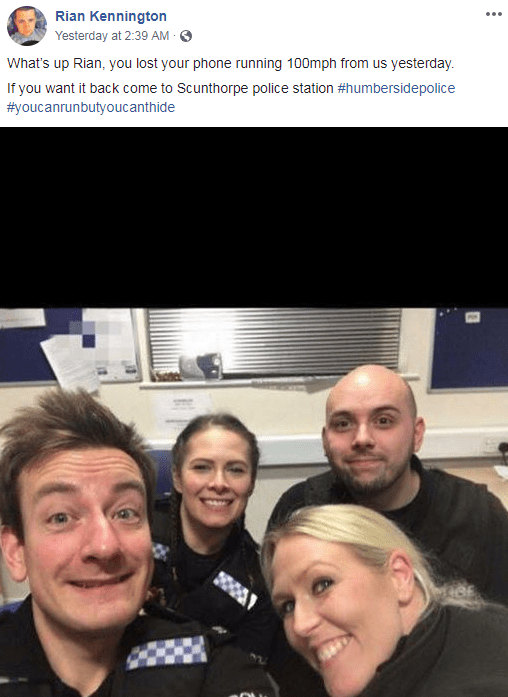 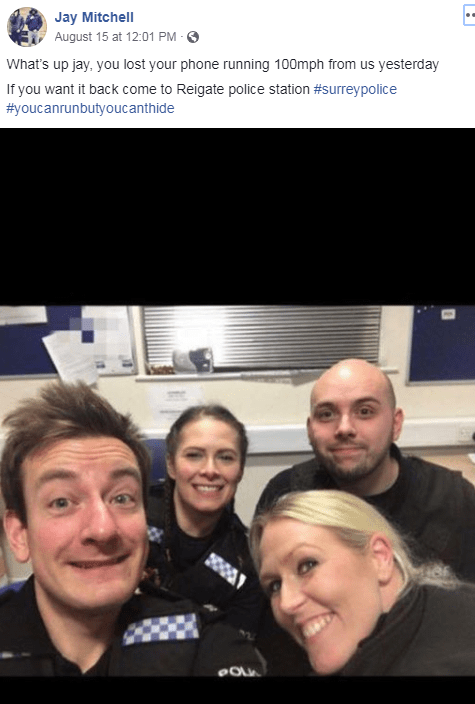 One of those on the receiving end of the joke was 23-year-old Rian Kennington, from Scunthorpe.

Along with the picture of the four smiling bobbies, the caption on his Facebook page read: "What's up Rian, you lost your phone running 100mph from us yesterday.

Responding to that, Humberside Police Chief Inspector Will Jenkins said: "It looks like Mr Kennington has some cheeky friends, who have used an old photograph of our colleagues at Norfolk Police to play a prank on him.

"While they're technically impersonating a police officer, which is a criminal offence, on this occasion I think we'll let it go and hope it didn't cause Mr Kennington too much undue distress." 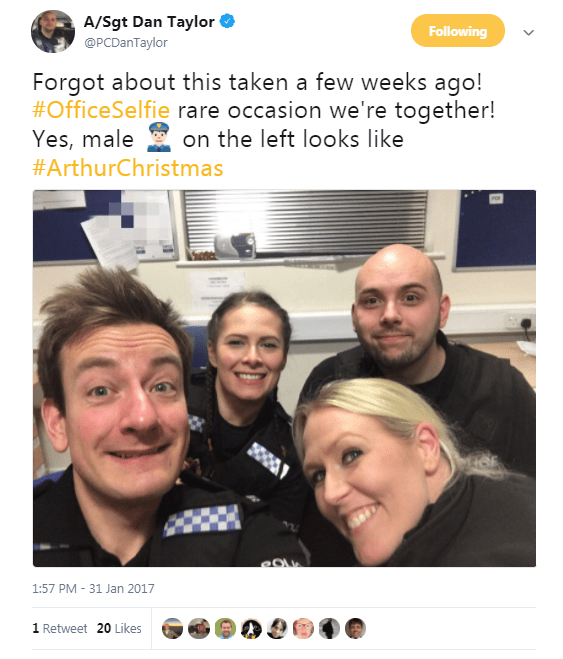 Another victim of the prank was Dylan Arron, from the West Midlands, who was told to pick up his phone from Oldbury police station.

After the photo went viral, he said: "Everyone can calm down it’s just a caption this photo.

"Everybody getting all serious and gullible man. This is mad."