‘Predator’ SNP official, 40, branded a ‘wolf in sheep’s clothing’ after grooming and abusing six teenage boys over the course of a decade is behind bars

A former SNP councillor is behind bars after abusing six teenage boys over the course of a decade.

Mark Kerr was described by prosecutors as a ‘predator hiding in plain sight’.

He was yesterday found guilty of nine offences, including the attempted rape of one boy at his home in Croy, Lanarkshire.

The 40-year-old, who represented the Kilsyth ward on North Lanarkshire Council, carried out the attacks between December 2010 and May 2020. Most occurred before he was elected in 2017.

Kerr, now of Wishaw, Lanarkshire, denied the charges at the High Court in Glasgow. 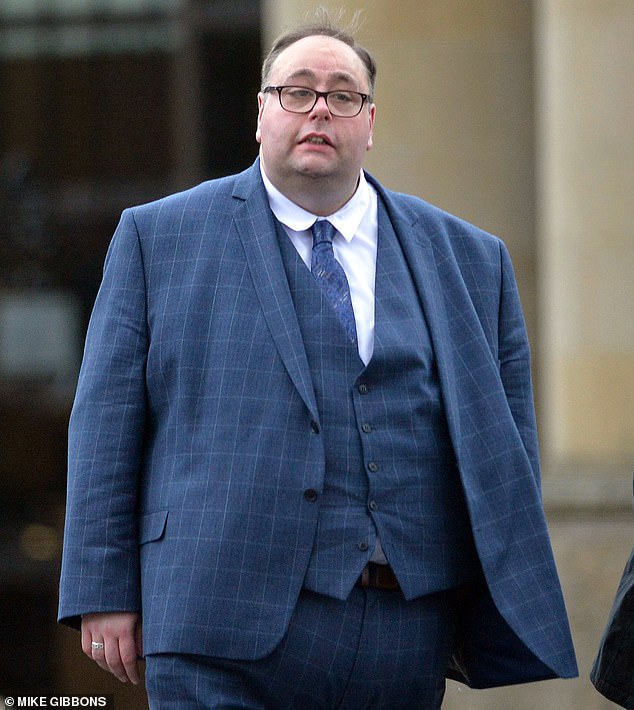 Prosecutor Michael Macintosh had told jurors: ‘You might come to the conclusion that behind the public persona, that friend to all, he was a wolf in sheep’s clothing.

‘A lot of people thought he was a good guy but he was a man who used his position, age and role as an activist and mentor to engage in sustained grooming of teenage boys for his gratification.’

Kerr said he was the victim of a vendetta that wrecked his political career and saw him hounded out of his home of 32 years.

In often graphic detail, he insisted he was physically incapable of carrying out some of what was alleged, claiming he was ‘a 40-year-old virgin’.

Judge Douglas Brown told the first offender that a jail term was inevitable when he is sentenced next month and remanded him in custody. Kerr was also put on the sex offenders’ register.

Jurors heard how the first boy had looked upon openly gay Kerr as a ‘mentor’. He said sexual activity first took place at a disused quarry when he was 15.

The victim – who is now in his mid 20s – said he was attacked while he was sleeping in Kerr’s home in 2015 after they had been at a local SNP function. 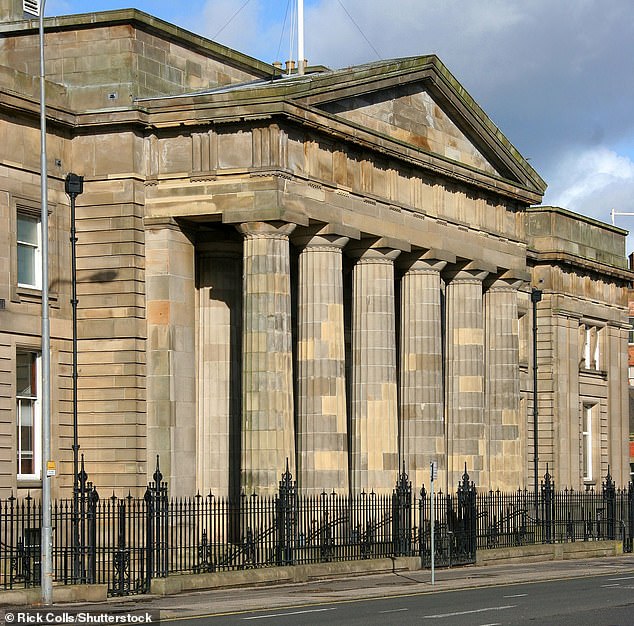 Kerr, now of Wishaw, Lanarkshire, denied the charges at the High Court in Glasgow (file image)

Describing the attempted rape, he said: ‘I froze once I understood what was happening. I could not control my body.’

He later confronted Kerr at knifepoint in the street, yelling: ‘Tell my mum what you done to me.’ Kerr spoke to another boy about gay sex before grabbing the teenager’s bottom.

The court also heard how Kerr joined two boys on a camping trip, pitching a tent near the Boathouse restaurant in Kilsyth. He was found guilty of molesting one of them in the tent.

Kerr targeted another teenager by groping him and sending sexually graphic messages online.

His last victim was molested at a food bank set up to help people during the 2020 lockdown. He told the trial: ‘I thought he was a nice guy. I do not see that now.’

In evidence, Kerr claimed he had been targeted after he drew attention to the dangers of boys playing at a disused quarry. He sobbed as he told how he had been filmed being forced out of his home and branded the ‘local nonce’.

Kerr was found not guilty of one sexual assault, while one charge of rape and another of engaging in sexual activity with a teenager were found not proven.