Prince Harry and Meghan Markle are set to be honored along with their Archewell Foundation for their work advocating for Afghan refugees.

The couple, who will not receive the award in person, are also being thanked for their ‘generous’ donation to the Human First Coalition.

Archewell Foundation Executive Director James Holt will be receiving the Partner Organization Award on their behalf at an event next week in New York.

The couple visited the city last month after Harry was announced as a keynote speaker at the UN, giving a politically charged speech.

He criticized SCOTUS for its decision to remove federal abortion protections, before the couple were seen dining out at Robert DeNiro’s Tribeca restaurant.

As well as the Duke and Duchess of Sussex, US Sen Richard Blumenthal will also be receiving the Haji Abdul Rauf Service Award for advocating on behalf of Afghan refugees and asylum seekers.

The event will feature traditional Afgan food, music, performances and a bazaar with tickets costing $100 being donated to the organization. 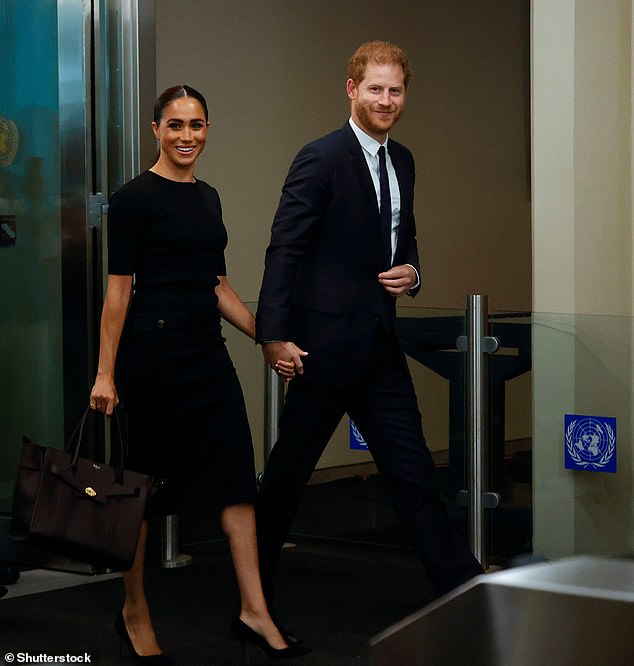 Harry and Meghan are set to be given the award at an event for the Human First Coalition in New York City next week. It is understood the couple will not attend in person, but will send a representative from their Archewell Foundation 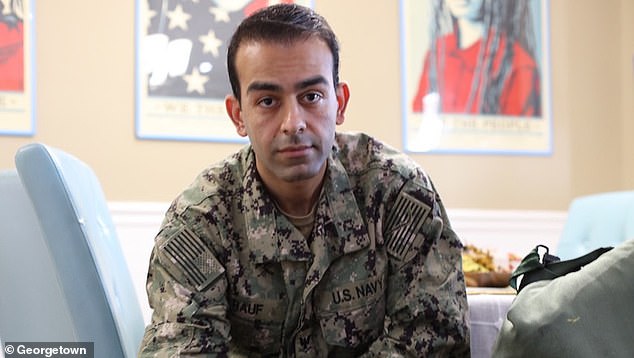 Said Rauf, President of the Human First Coalition, set up the organization after he and his brother Anees Khalil were taken prisoner in December as they worked to help people flee Afghanistan’s hardline rulers

As part of a holiday message in 2021 the couple chose the organization as one of a handful they had decided to donate to which they said ‘honored and protected families’.

The couple used the announcement to wish the world a ‘Happy Holidays’ in 2021, and also picture their daughter Lilibet Diana for the first time since she was born.

They said: ‘This year we welcomed out daughter, Lilibet, to the world. Archie made us a “Mama and Papa” and Lili made us a family.

‘As we look forward to 2022 we have made donations on your behalf to several organizations that honor and protect families – from those being relocated from Afghanistan to American families in need of paid parental leave.’

James Holt, Executive Director of Archewell Foundation added: ‘It’s an honor to be recognized by Human First Coalition, whose steadfast work in Afghanistan has played a critical role in delivering much needed aid and resulted in the successful evacuation and resettlement of thousands globally.

‘We share a commitment to supporting families and veterans and are grateful for their partnership.’

Said Rauf, President of the Human First Coalition, said: ‘Both Sen. Blumenthal and the Archewell Foundation were instrumental in assisting us as we organized efforts to assist Afghans who were left behind when the Taliban took Kabul.

‘We cannot thank them enough for their support.’

Rauf, a Navy reservist, and his brother Anees Khalil were taken prisoner in December as they worked to help people flee Afghanistan’s hardline rulers.

After spending 105 days in Taliban captivity Rauf and his brother were released in April following months of negotiations by the Biden administration.

They founded the Human First Coalition, which worked with the Digital Dunkirk movement to rescue those at risk of Taliban persecution.

His organization was involved in aiding the escape of the Afghan translator who helped rescue Joe Biden from a remote valley in Afghanistan in 2008.

Aman Khalili – who assisted US troops who rescue Biden after his helicopter made an emergency landing during a snow storm back when he was a US senator visiting the country – made it out after a harrowing journey involving multiple safe houses, Taliban checkpoints, and tense moments where he nearly turned back.

Current and former US officials say the role of the US as a reliable partner in international security has been tainted by this year’s withdrawal from Afghanistan, which saw 13 soldiers killed and the country returned to Taliban rule.

The War in Afghanistan is the longest war in US history, starting in 2001 by the Bush administration.

The US accused the Taliban-ruled country of being a safe haven for al-Qaeda, which perpetrated the September 11 attacks.

Ground operations have been winding down for years, but President Joe Biden announced the drawdown of all remaining troops in the country in April.